Accessibility links
Dream Of A Tropical Resort Inspires Midwest Town If you build it, they will swim — that's the vision of Elkhart, Ind., where nearly 1 in every 5 people was unemployed a year ago. Situated close to Chicago and Indianapolis, the town is a few hours' drive for 35 million people. So Elkhart is exploring the idea of building a type of tropical resort popular in cold climates in Europe, such as this one in England. 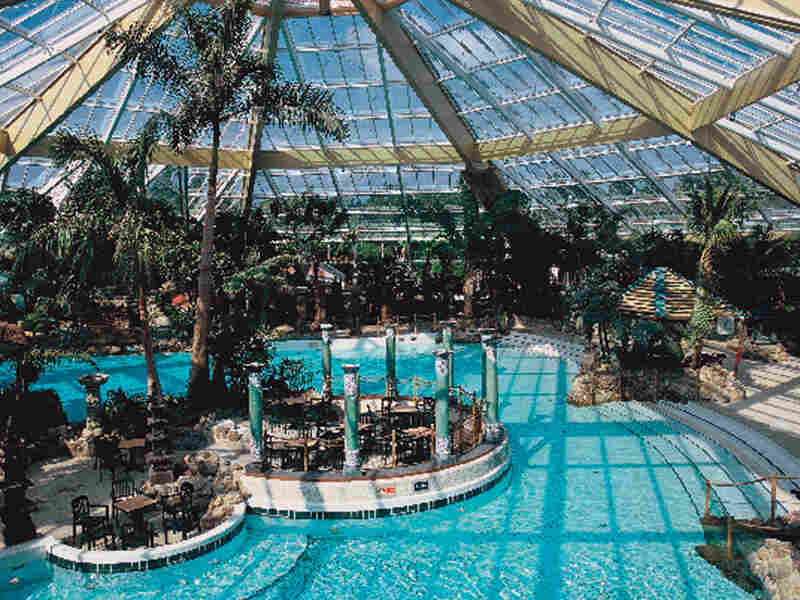 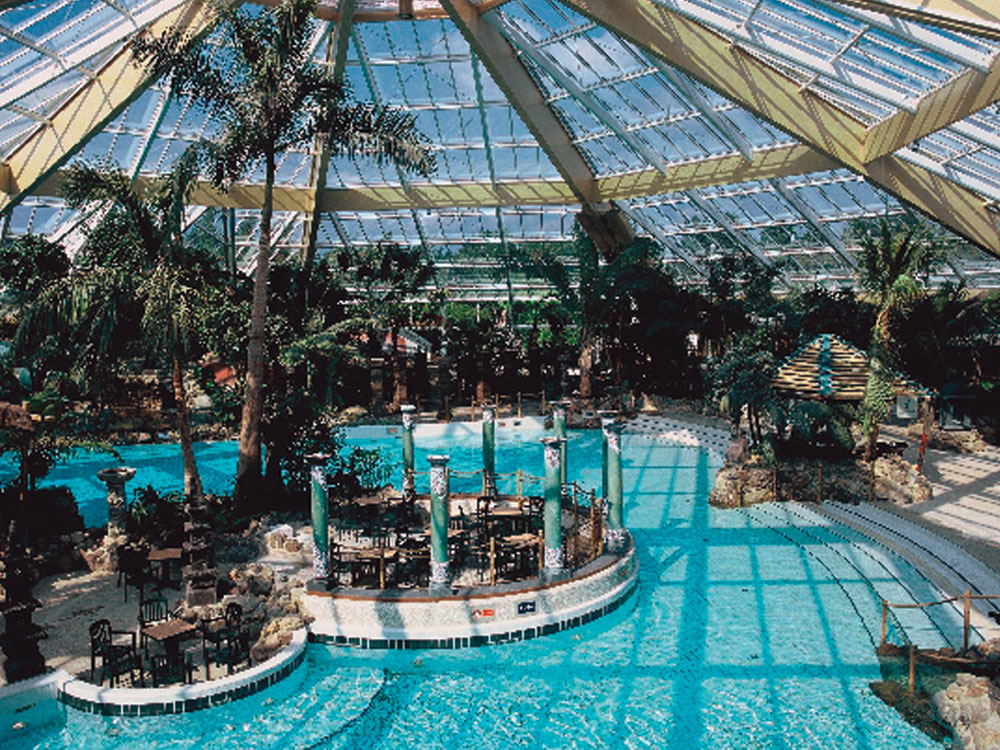 Developer Leroy Troyer wants to bring attractions like the Subtropical Swimming Paradise of Elveden Forest in Suffolk, England (above), to Elkhart, Ind.

A year ago, nearly 1 in every 5 residents of Elkhart, Ind., was unemployed. The city had just lost thousands of manufacturing jobs.

Still, some entrepreneurs remain optimistic. One is even dreaming big: Where others see a declining town in the Rust Belt, he sees the perfect spot for a resort.

Even though there's just snow and the stubble from last year's corn crop on the edge of a field in Elkhart County, there are plans to transform the landscape into a tropical paradise with giant glass domes covering indoor pools, water slides, rivers and even a jungle forest.

"We envision this and dream that this will be a totally new type of family attraction that we've not seen in America," says Leroy Troyer, a local developer and architect. The dozens of planned activities and amenities include bowling, tennis and miniature golf.

There would also be 600 villas for tourists to stay in.

Origins Of A Dream Resort

This wouldn't be a regular hotel with a swimming pool. Troyer pictures lush green areas with villas nestled in the trees. And he imagines acres of giant glass domes rising like huge mushrooms out of the landscape.

This dream might sound kind of crazy, and Troyer realizes that. But he's a successful developer in the area. For years, he's been trying to come up with ways to bring more tourists to Elkhart. One day a friend of his from Holland told him about these glass-domed resorts in Europe where families go and park their cars and stay for three to four days in a community where everyone walks.

This type of resort has become especially popular in areas with cold winters, he says. There are more than 70 in Europe — concentrated in the Netherlands, France, Germany and the U.K. 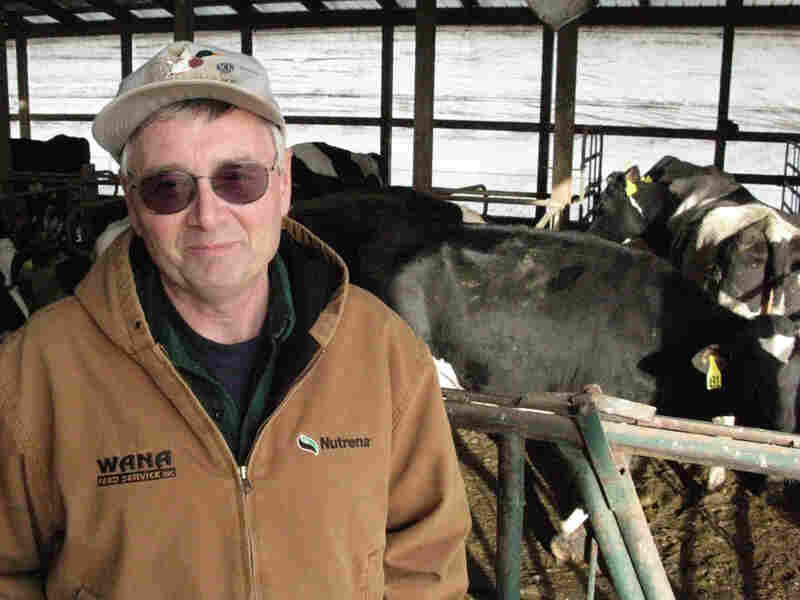 County Commissioner Mike Yoder, a local dairy farmer, says he hopes a resort can be built in Elkhart. The county has authorized $10 million in recovery bonds to help finance the project. Chris Arnold/NPR hide caption 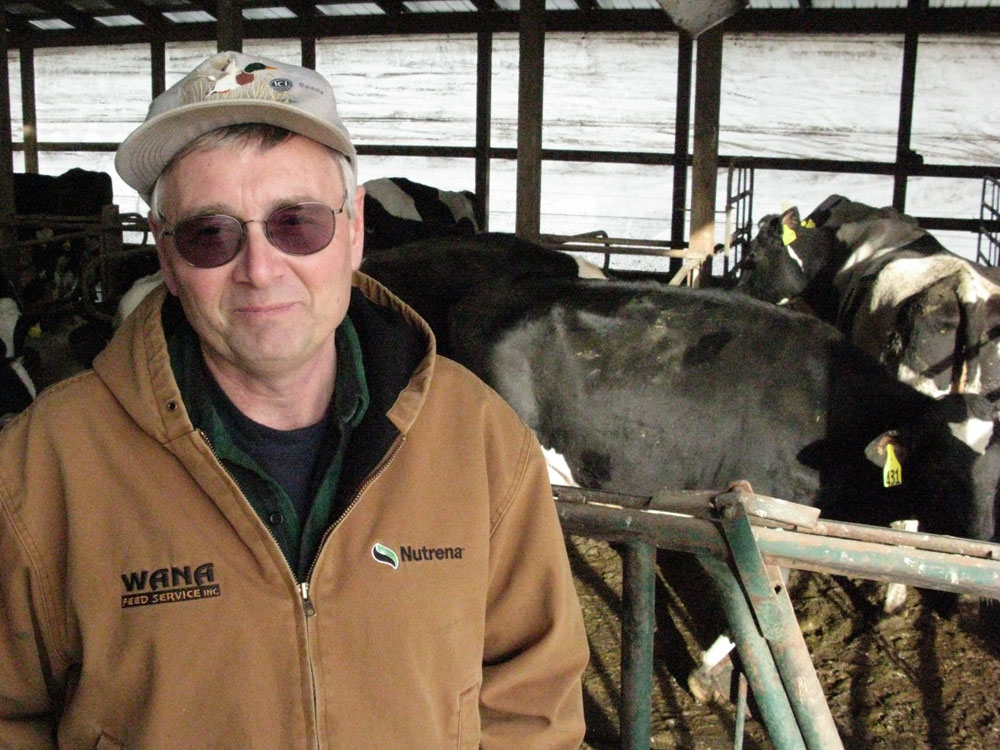 County Commissioner Mike Yoder, a local dairy farmer, says he hopes a resort can be built in Elkhart. The county has authorized $10 million in recovery bonds to help finance the project.

Robert Weijhenke has been in charge of operations for many of these resorts in Europe. He previously was managing director with Center Parcs and now runs a travel-industry consulting business. Troyer tracked him down and flew to the Netherlands to meet with him.

"We were very excited," Weijhenke says. "We always have thought that America is a very good destination."

It turns out that Elkhart could be an especially good place. Weijhenke says these resorts work as inexpensive family vacations that people can drive to without dealing with the stress of flying.

"If you want to just relax for a couple of days, you don't have the hassle of going to the airport with all the security," Weijhenke says. Elkhart is situated between Chicago, Indianapolis and Cincinnati, and there are 35 million people within a three- or four-hour drive. That's more than twice the population of the Netherlands — and there are 40 of these resorts there.

Weijhenke says the resorts have an average occupancy of 85 percent to 90 percent year-round.

He's been working with Troyer on drawing up plans for a resort called "Family Holiday Village Elkhart." They say it would create 500 jobs on site and more in the surrounding area.

Commodore Corp., a local homebuilder, has been talking to the resort developers. Getting the contract to help build the resort would mean the company could hire back a lot of workers, says Rod Davis, one of the managers who oversaw heavy layoffs in recent years.

Whether any of this will happen depends on coming up with the $200 million it will take to build it. And right now, banks and investors aren't throwing money at big construction projects. Still, the head finance officer says he's in discussions with investors and hopes to see a groundbreaking sometime this year.