Accessibility links
Hollywood's New Battle Tactic: Make War Personal Back in 2007, Hollywood was suffering from serious battle fatigue. But a new surge of war movies has come out — Green Zone takes on the search for WMDs; The Hurt Locker follows a bomb squad; and The Pacific is a 10-hour HBO World War II epic. These aren't battle-strategy flicks — they explore the brutality of war on an individual scale. 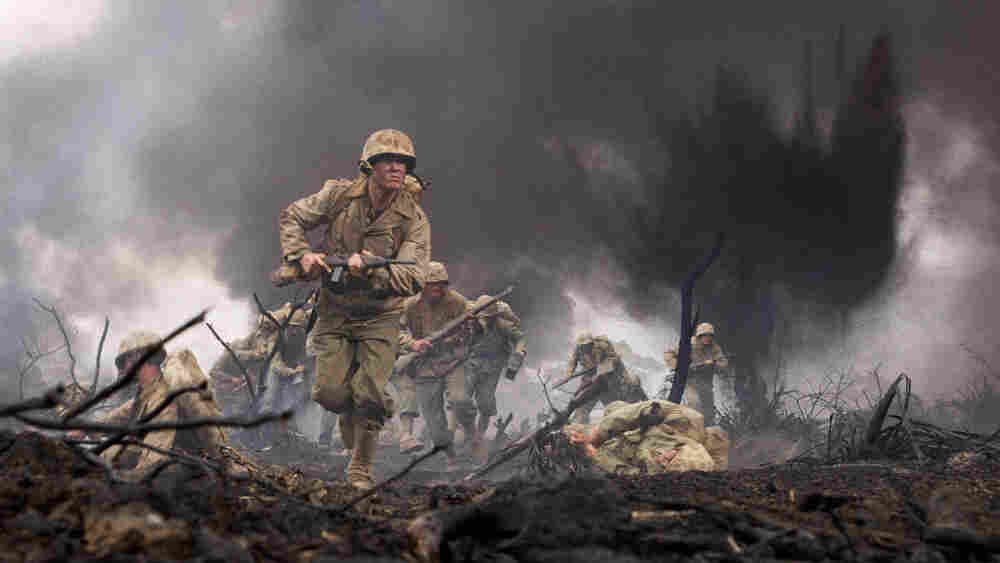 The combined star power of Tom Cruise, Meryl Streep and Robert Redford couldn't make Lions for Lambs roar at the box office; the public barely noticed when Tommy Lee Jones got lost In the Valley of Elah; and Redacted, Stop Loss, Grace is Gone, Taxi to the Dark Side, Standard Operating Procedure and Rendition were all on DVD before audiences quite realized they'd been in theaters. 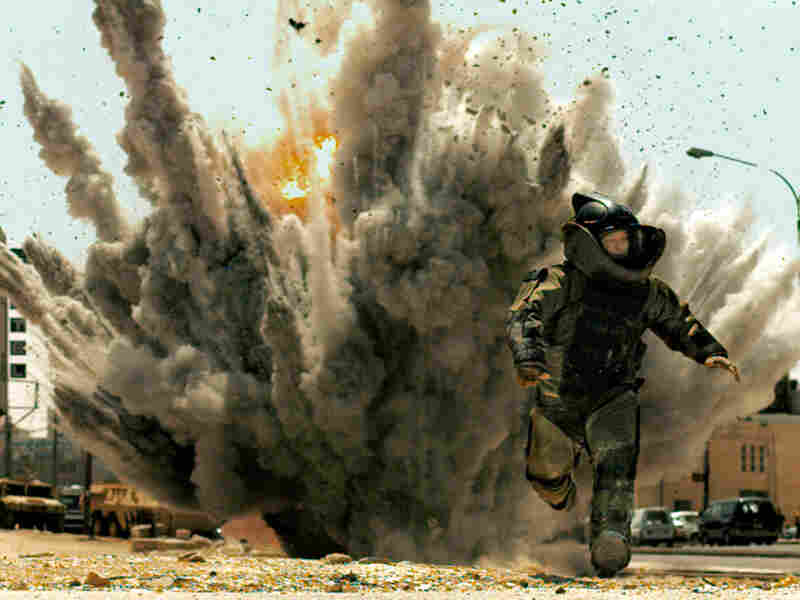 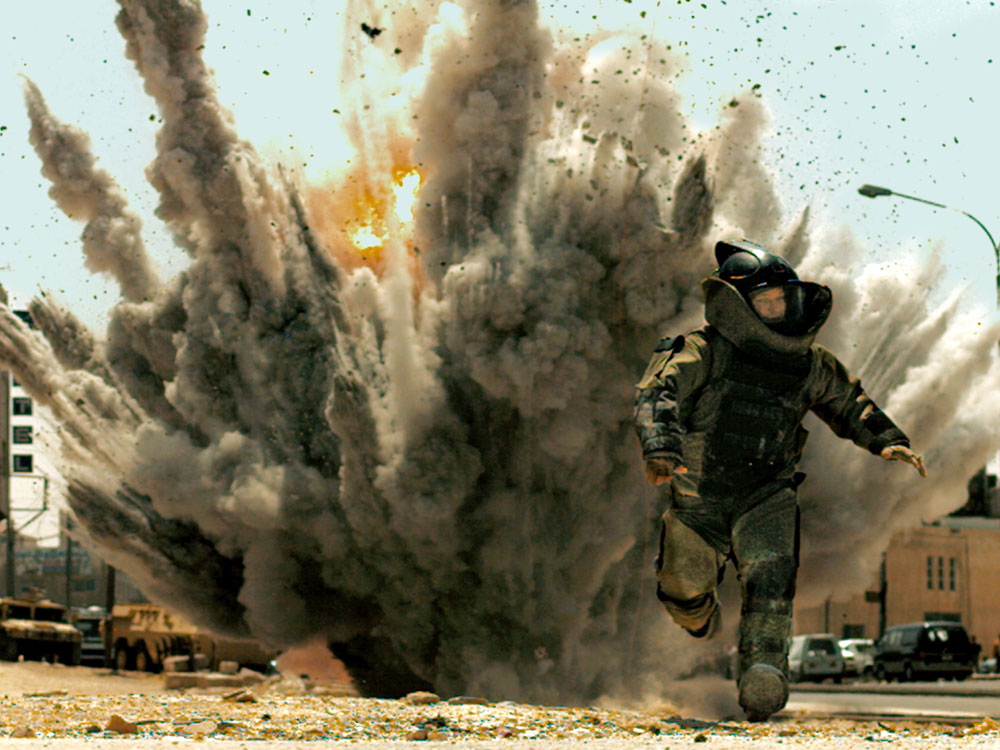 'Dude Has A Cell Phone'

So what did Hollywood do? It green-lighted so many new Iraq flicks that this year, you could trace the war's whole history at the Oscars. Best Original Screenplay nominee In the Loop showed comic bureaucrats getting us into a Middle Eastern conflict. Then Best Picture winner The Hurt Locker gave us war's adrenaline rush. And in The Messenger, Best Supporting Actor nominee Woody Harrelson brought home the aftermath of war by delivering grim news to soldiers' next of kin.

Despite the year-end honors heaped upon them, none of these films caused much shock and awe at the box office. But by compartmentalizing — by focusing narrowly on personal stories within the Iraq conflict rather than being conventional battle-strategy movies — they did suggest a change in Hollywood's battle strategy.

Today's premiere of the $100 million action flick Green Zone will test how far that strategy can take a film commercially. Named after the American enclave in Baghdad, it stars Matt Damon as an increasingly skeptical Army investigator racing through the city's environs in 2003 looking for the weapons of mass destruction that were the Bush administration's chief argument for going to war. When he wonders aloud why their intelligence is always wrong and they keep coming up empty, a subordinate tells him they're there "to do a job and get home safe — the reasons don't matter." Clenching his jaw, Damon replies, "They matter to me." 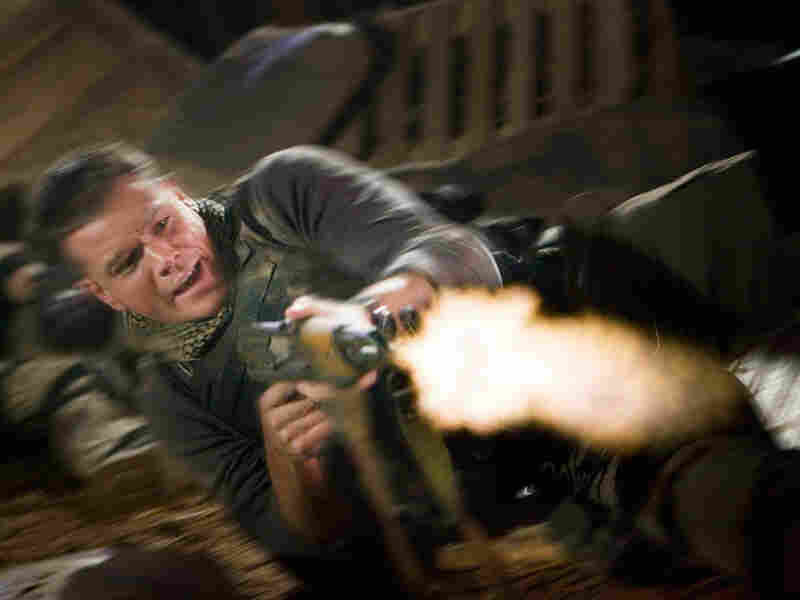 'Does It Make Sense To You?'

Director Paul Greengrass and his Bourne Conspiracy team don't really care if they matter to the audience, though, as long as everyone gets caught up in the suspense. Some political chatter around the edges notwithstanding, Green Zone is essentially a series of frantic chase sequences — a Bourne movie with an Iraqi accent. This action-flick approach is designed to avoid the ideological divide that has made the Iraq war — and before it, the war in Vietnam — so hard to handle cinematically, at least until everyone comes home. If Green Zone works, and if audiences also rent The Hurt Locker because of its big Oscar win, Hollywood may just decide that it's figured this one out.

HBO, on the other hand, has chosen to fight a different — and dramatically, a "safer" — war in its 10-part series The Pacific, following a group of marines from Guadalcanal to the end of their service in World War II.

With 10 hours to establish characters and a whole different narrative rhythm, The Pacific resembles, in its breadth and sweep, the sort of old-fashioned war epic Hollywood used to do on the big screen — filled with maps and mud and harrowing re-enactments of battles that turned the tide.

Though it centers on the true stories of a few marines, it's designed to tell the story of tens of thousands of their comrades — much as did those two 1980s mini-series, Winds of War and War and Remembrance, and 2001's Band of Brothers. 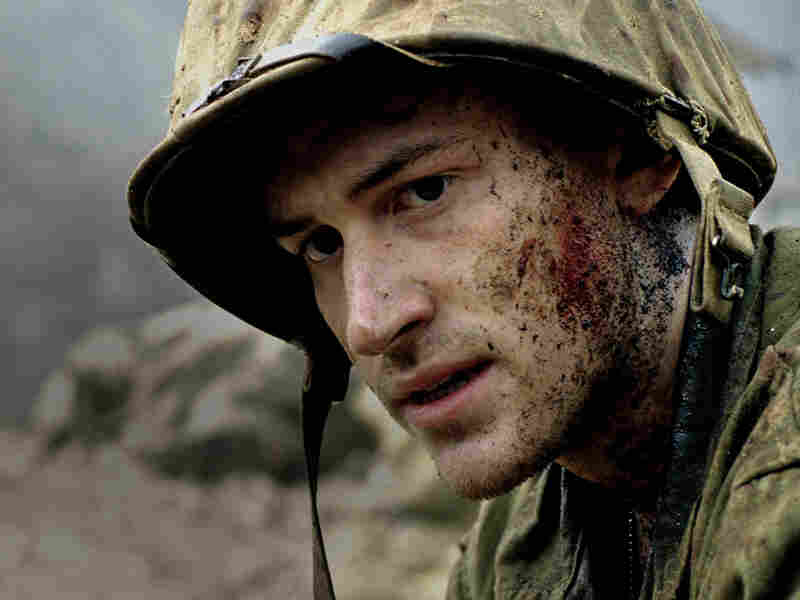 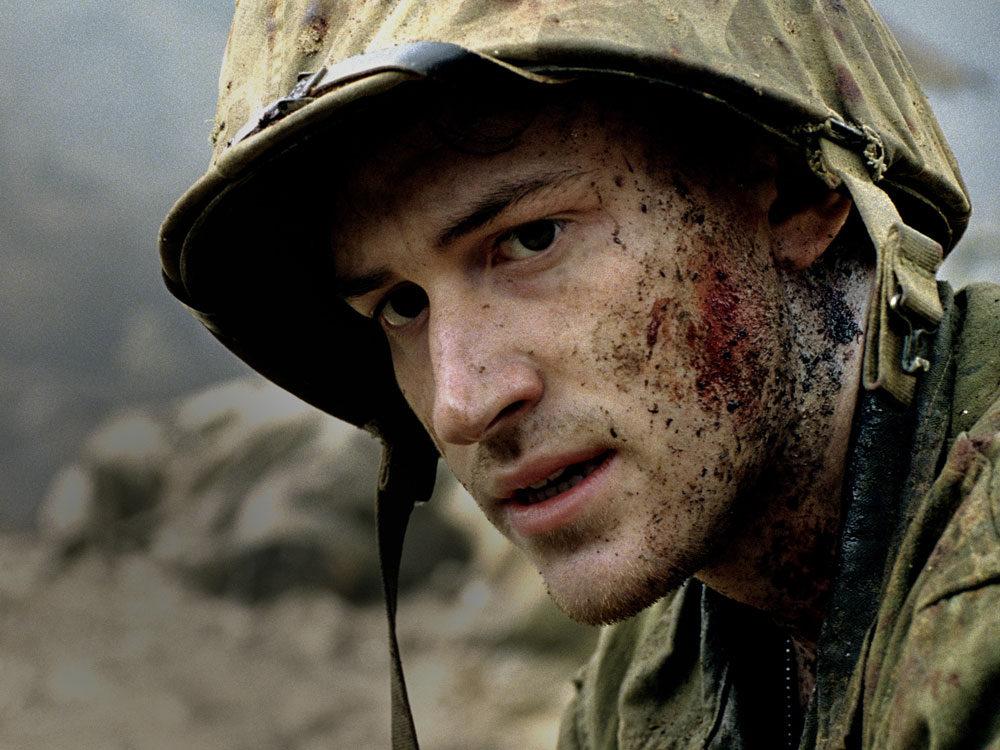 "History is full of wars fought for a hundred reasons," says a character near the midpoint of the new series. "But this war, our war, I want to believe — I have to believe — that it's all worthwhile because our cause is just." The sureness of that sentiment, regarding perhaps the last war where right and wrong seemed absolutely clear, gives this World War II story a force that portraits of contemporary conflicts are bound to have trouble matching.

The Pacific is not without nuance — American troops are shown behaving savagely at times in ways no one could be proud of. In an Iraq war movie, that would almost certainly be read as an indictment of the military, but at a remove of more than half a century, it seems more about war itself — what war's brutality does to individuals. Too much of that sort of nuance might well prove fatal to an action movie like Green Zone, but somehow, it doesn't dampen The Pacific's impact. The immediacy of battle is what war movies always promise, but distance, too, has its advantages.