Accessibility links
Can Obama's Grass Roots Sway Midterm Elections? Organizing for America has held meetings, sent e-mails and knocked on doors advocating for health care, but it hasn't added any oomph to President Obama's top legislative priority. Now it must turn out voters for Democrats in the tough midterm elections. 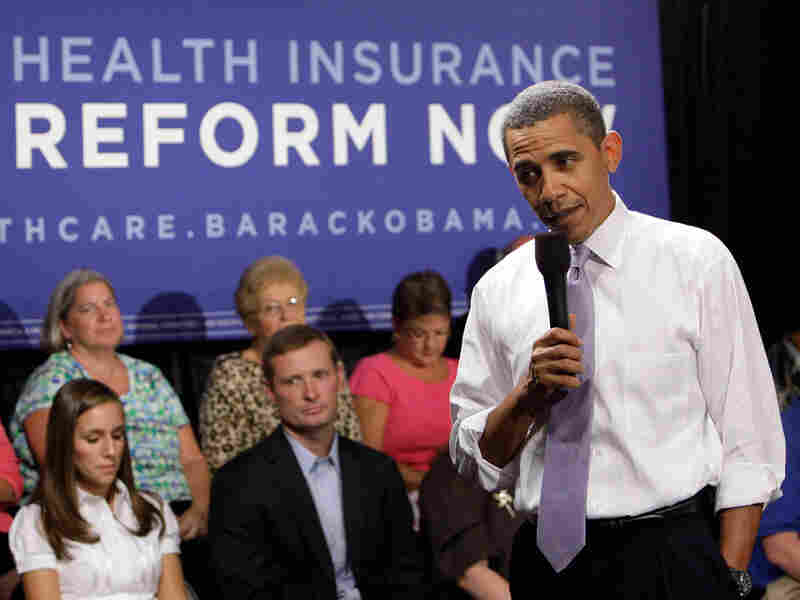 President Obama speaks during the Organizing for America National Health Care Forum in 2009. The organization helped get Obama elected. But can it turn out voters for Democrats in November? Alex Brandon/AP hide caption 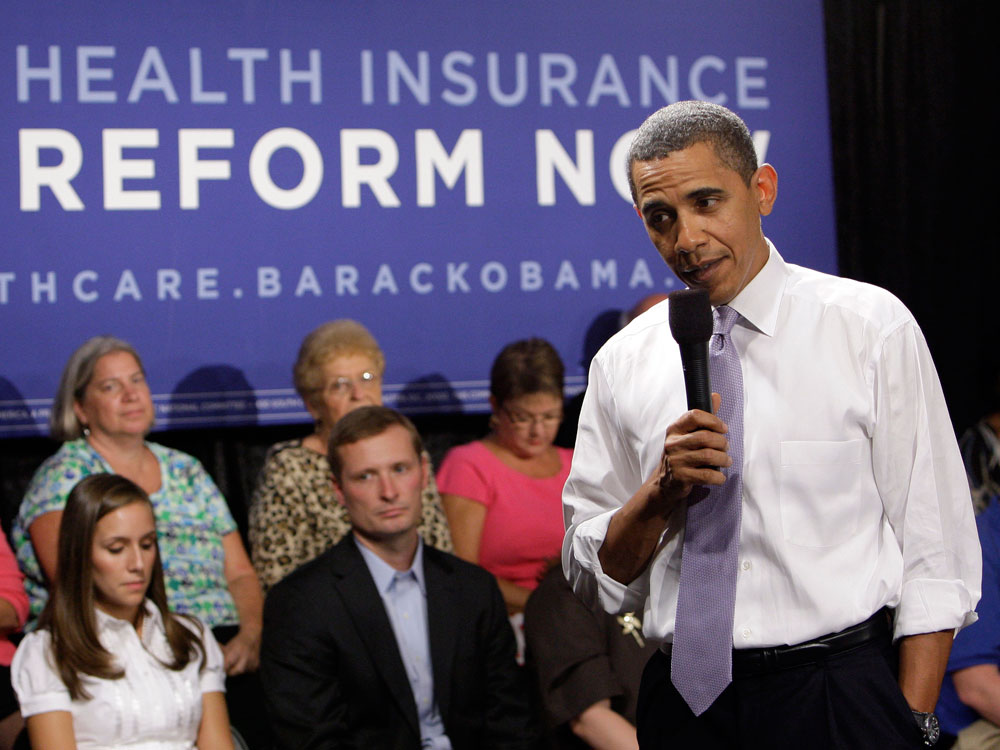 President Obama speaks during the Organizing for America National Health Care Forum in 2009. The organization helped get Obama elected. But can it turn out voters for Democrats in November?

Organizing for America, as the operation is now called, has held meetings, sent e-mails and knocked on doors advocating for health care. But it hasn't added any oomph to the president's top legislative priority.

Now Organizing for America, or OFA, is gearing up for an even tougher task: turning out voters for Democrats in the midterm elections.

OFA was supposed to put the grass-roots muscle behind Obama's ambitious legislative agenda. It had 13 million e-mail addresses -- the biggest e-mail list in American politics. It had an army of committed volunteers, battle tested in the 2008 campaign. And it had a charismatic leader who took time out to acknowledge their contributions.

"I know how hard many of you have worked in your communities to do that, either as part of Organizing For America or simply by talking to your friends and neighbors, your co-workers," Obama said last month in an interactive online event with OFA staff and volunteers. "What you do matters."

But so far, what OFA has done hasn't mattered enough, and many Democratic operatives now believe OFA hasn't lived up to its potential. It wasn't able to put enough grass-roots pressure on Congress to counteract the grass-roots opposition to the health care bill. And it never figured out how to recreate the "bottom up" interactive relationship with supporters that it had during the campaign.

"It has not worked the way a lot of us hoped it would," says Steve Rosenthal, a veteran grass-roots organizer who was once the political director of the AFL-CIO.

While sympathetic to OFA's daunting task, Rosenthal thinks Obama's grass-roots operation made a mistake by not keeping more field staff on the ground after the 2008 election.

"I think they've been trying to do what's never been done before: to maintain an organization after an election, to keep people as engaged as they were during an election. To try to carry that over is a huge task. And takes a lot of resources, and I think it's been severely underfunded," he says. "And frankly, if we're going to be successful, it's going to need to be rebuilt."

"We have paid staff in all 50 states who are great organizers. But what was key during the campaign, and what has always been key when the president was organizing in Chicago, is that none of the campaign successes were about paid staff," he says. "Paid staff are replaceable. Volunteers who are committed to their community, who are talking to their neighbors, [are] why we won the election."

But many of those volunteers have had a hard time convincing their neighbors to support the president's agenda.

Donna Miller was a team leader for the Obama campaign in Wisconsin. When the campaign morphed into Organizing for America, she stuck with it. Her experience illustrates why even when OFA has field staff and volunteers on the ground, it's become harder to energize the president's supporters.

"Part of that has to do with expectations," Miller says, adding, "A lot of people just had really, really high expectations that things could be done really, really quickly and happen overnight. And they're finding out that the process of politics is pretty ugly."

Nothing looked uglier to some of the new Obama voters than the push to pass health care legislation.

"That hurts the Obama brand," he says. "Because cutting a deal in Nebraska with a U.S. senator for $100 million for his state is not what the Obama brand was about. It was about not top-down cutting deals. It was sort of 'bottom-up' energy of people having more say and having a bigger impact on Washington."

It wasn't just that the legislative process looked too much like politics as usual. It was also that it didn't deliver. Rosenthal says that also disillusioned Obama's core supporters and made it harder for OFA to motivate them.

"Some of it's been watching Congress spend a year debating health care and still seeing nothing happen," Rosenthal says. "So for most Americans, if you spent a year on the job and didn't have anything to show for it at the end of the year, you probably wouldn't be working in that job for very long."

The possibility of losing their jobs is exactly what Democrats face this fall. And that's when the president's grass-roots operation will face is biggest test: getting his supporters to the polls at a time when his party's hold on both chambers of Congress is at stake. It will certainly be an uphill battle.