Accessibility links
Hot Wings' Pain Now Felt By Restaurants, Too Once a novel way to use a throwaway chicken part — and sell more beer — the humble Buffalo wing is now an industry unto itself. But now, restaurants who sell them have a problem: Wing pieces are no longer cheap. Wholesale prices doubled in the past decade. 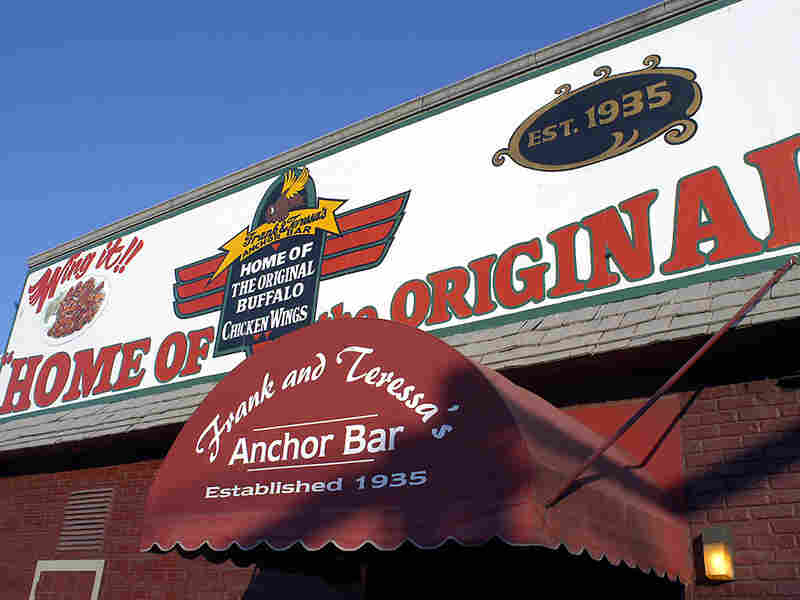 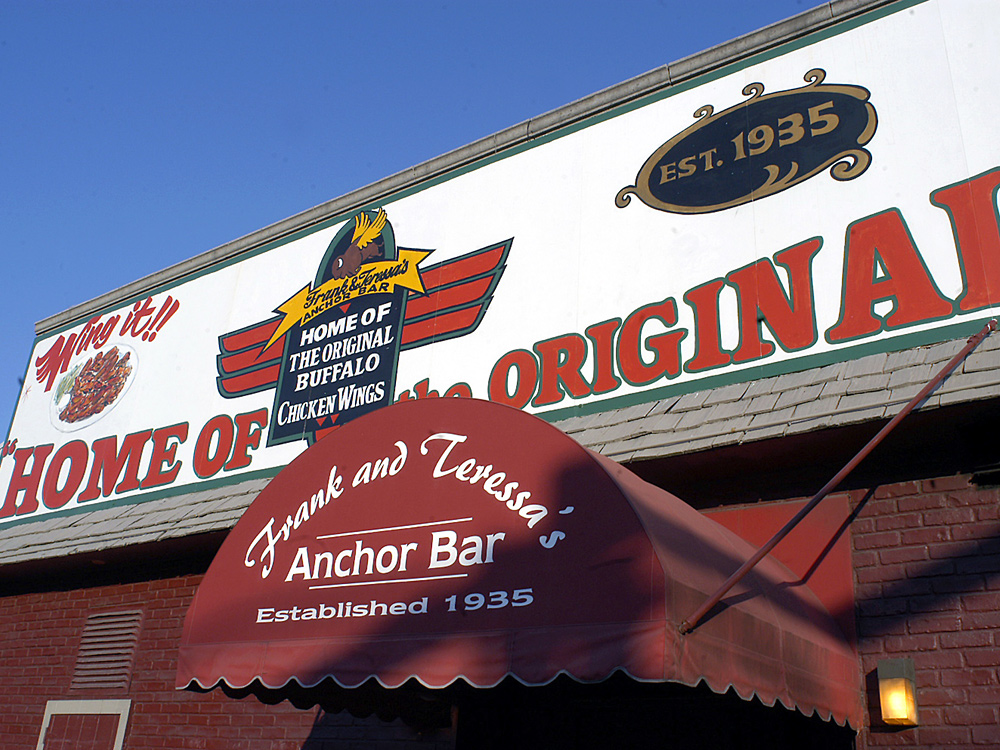 Once a novel way to use a throwaway part — and sell more beer — the humble Buffalo chicken wing is now a whole industry. But the wing pieces are no longer cheap: Wholesale prices doubled in the past decade. And that's creating real problems for restaurants.

The Anchor Bar in Buffalo N.Y., is the home of the Original Buffalo Chicken Wing. It's often imitated, but never duplicated, according to current owner Ivano Toscani, who inherited the chicken wing dynamo from the original owners, the Belissimos.

"I remember when wings, they used to throw them away," Toscani said.

Back then, Teressa Belissimo often used wings to make soup. But one night in 1964, she decided the wings were too big and meaty to put in the stock pot.

So instead, Belissimo dunked them in a deep fryer, and mixed them up with hot sauce and margarine. The result? An entire industry built around spicing up the lowliest part of the bird.

And Buffalo wings have become a sensation. As wings have spread, their popularity has brought higher prices, according to Toscani.

"Every time that there is Christmas, wings go up," he said. "Super Bowl, wings go up — but the problem is they never come down. They go up and they stay there."

The U.S. Department of Agriculture shows that chicken wings were wholesaling at 68 cents a pound at the turn of the millennium. But by last year, that price had more than doubled, to $1.47 a pound.

And when you go through literally a ton a day, like the Anchor Bar does, that can really add up.

Richard Lobb, spokesperson for the National Chicken Council, based in Washington, D.C., says that as the popularity of wings has risen, producers have scrambled to keep pace with demand.

But while the fortunes of wings are rising, the reverse is happening for mild-tasting, low-fat chicken breasts. Prices have slumped for breasts, which used to be the most lucrative part of the bird.

"As pricey as chicken wings have been getting until quite recently, they are not enough to carry the bird, so to speak," Lobb said.

So once you've sold the wings, how do you move the rest of the bird? You make perhaps the first innovation in chicken wings since Teressa Belissimo fried up the initial batch. You give something more or less healthy the full Buffalo wing treatment.

"I think what you're seeing in the United States is the trend toward boneless wings," Lobb said, "which are actually pieces of breast meat that are breaded and battered and cooked in the same way as the wings, and served with the same sauce. So this appeals to people who don't like bones in their food, or something of that nature."

But this boneless business will not fly with the Anchor Bar's Ivano Toscani.

"The wings have bones on it, you can't get away with it," Toscani said. "The other people they change, they do what they want to do, they want their own identity, they want to establish themself, God bless them, do you what you have to do. Here at the Anchor Bar, we will continue to use chicken wings, and chicken wings has bones, that's all."

The Anchor Bar is in no danger of closing, but less-storied establishments have been forced to close — all because of the high price of chicken wings.