Accessibility links
Foreign Policy: Iraq's Forgotten Women Women have come far in Iraq, making up 25 percent of their parliament. But Zainab Salbi says the nation remains complacent with these numbers and turns a blind eye to issues of the increasing domestic violence rate and decreasing access to education. 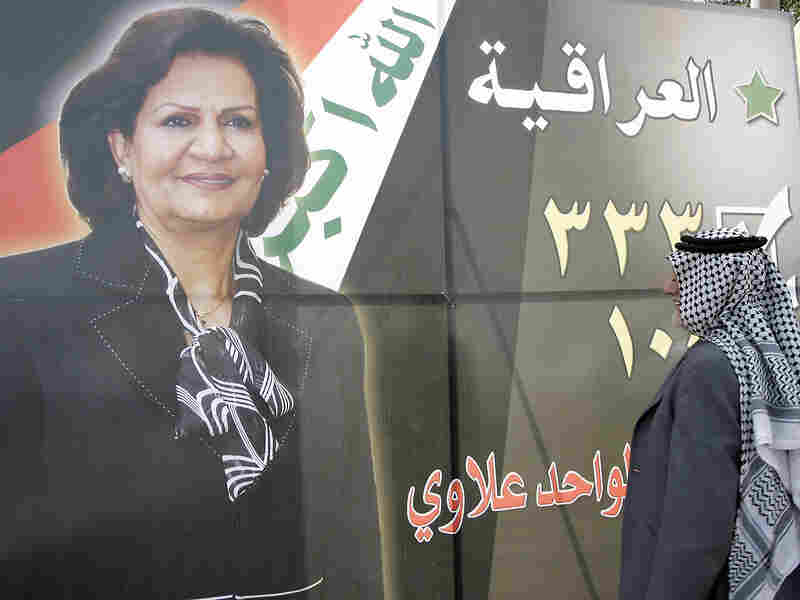 An Iraqi man looks at a campaign billboard for a woman candidate running in the upcoming elections in Baghdad on February 22, 2010. Election campaign posters featuring women candidates who do not wear Islamic headscarves are appearing more and more in the Iraqi capital. Ali Al-Saadi/AFP/Getty Images hide caption 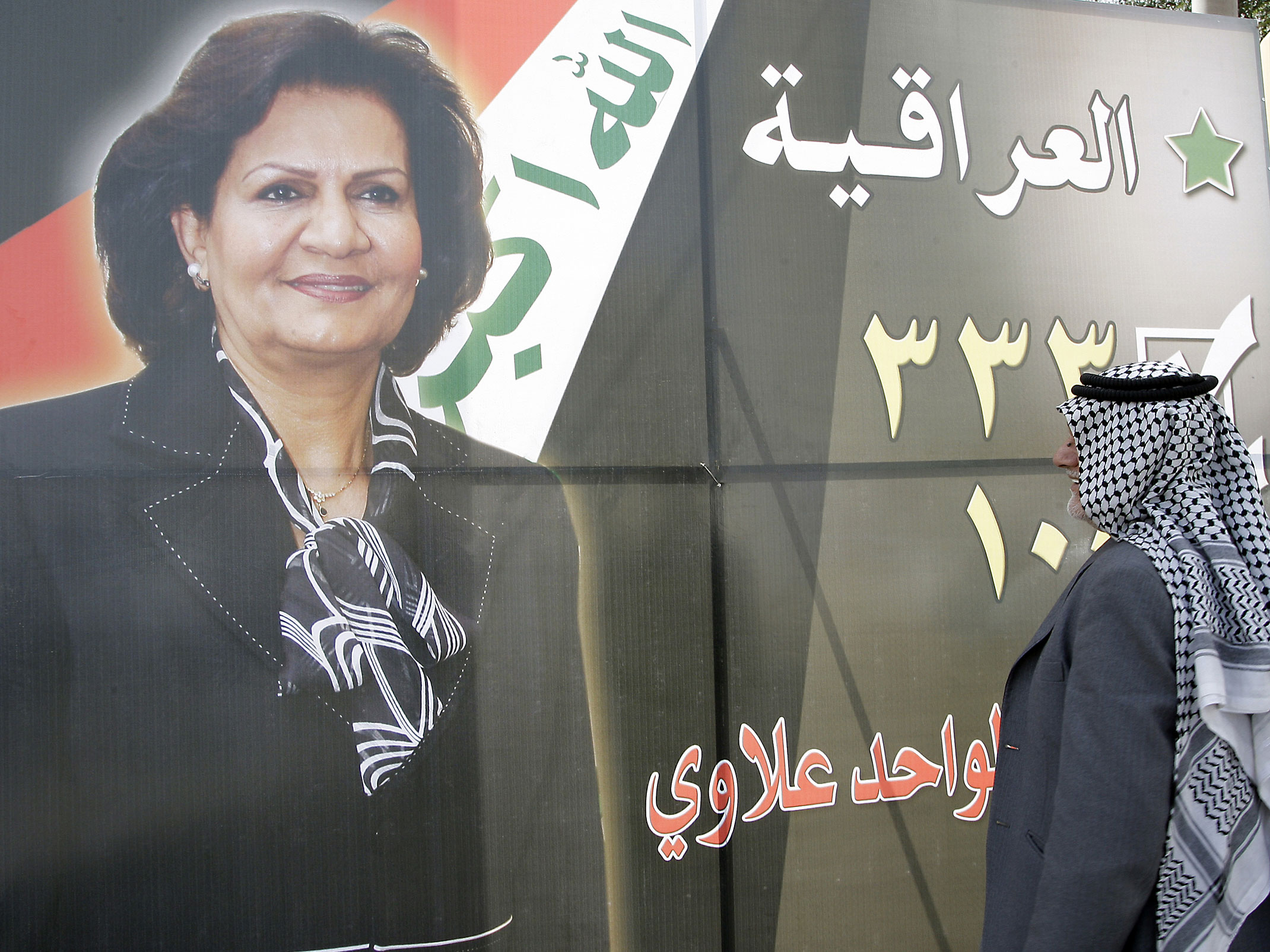 An Iraqi man looks at a campaign billboard for a woman candidate running in the upcoming elections in Baghdad on February 22, 2010. Election campaign posters featuring women candidates who do not wear Islamic headscarves are appearing more and more in the Iraqi capital.

Another political event takes place in Iraq without much mention of women. And in the rare occasion that women are mentioned, it is often with the token spirit about how wonderful it is that they now have 25 percent of political seats in the Iraqi parliament.

The fact that most women were comfortable in using their images and names in public billboards for their nominations reflects some comfort with women's mobility in the public space in Iraq. Pictures of women in billboards were diverse-from artistic pictures of women without headscarves, to pictures of women covered head to toe, to even a picture of a woman with her entire face covered. The lack of vandalism on these billboards shows the more accepting attitude of this election. The fact that there is now an all-female political party, founded by Jenan Mubarak in her own name, also says a lot about a level of comfort in the country, despite the inconsistent security-or rather the more consistent insecurity-of Iraq.

Perhaps the comparison of Iraqi women's political reality versus their social and economic reality, however, can provide a good indication as to where the country is now. While women have gained politically, in terms of their political representation in this election, in terms of the citizenship equality the new constitution guarantees (Iraqi women can pass on their citizenship to their children of a non-Iraqi husband, something allowed in only two other Arab countries), in terms of their ability to travel outside the country without a male guardian, and in terms of having equal access to scholarship outside the country as their male counterparts, women are not rating as high in other factors.

Economically, women are vastly underrepresented in the work force as employment is still limited to mostly the army and the police. The Women's Ministry barely has any budget allocations, which has led to the resignation of ministers (most notably, Nawal al-Samaraie, minister for women's affairs, tendered her resignation in February 2009). Girls have a high rate of illiteracy and often drop out of schools due to economic and security reasons. Domestic violence is increasing, as is trafficking in women, and the Iraqi government estimates there are up to 3 million widows in Iraq today.

Though the marginalization of women's participation should not be a surprise to me after two decades of working on this issue, I must admit that I am always surprised at how the political establishment in both the Western world as well as other parts of the world misses out on the story women can tell about the direction of a nation. Rather than seeing the story of women's political reality as marginal, we need to see women as the bellwether for the direction of the society. Perhaps there is no better story than the narrative of what happened to Iraqi women since the coalition invasion of Iraq in 2003.

Like most Iraqis, many women were indeed optimistic about the possibilities that America's invasion of the country could bring to their status. I remember many conversations with women in Iraq who spoke dreamily about how they could have an improved role in public and political life in the country and how they would make sure that UN Security Council Resolution 1325, the policy that gave women the confidence to demand 40 percent representation in the political process (as opposed to the current constitutional quota of 25 percent for female parliamentarians), would be fully implemented in Iraq. Women, in this case, were the first to witness inconsistencies between what many believed about America's values versus political realities and lack of American preparation for post-invasion Iraq. Not only was the women's proposal of 40 percent female representation rejected and replaced with the 25 percent quota, but so too was the full implementation of UN Security Council Resolution 1325 rejected and the three women who were elected to the Governance Council were not given the right to political representation.

The story of how the world ignored what happened to women in Iraq is an indicator for the direction of the last seven years. Vocal, educated women were some of the first to be kidnapped and assassinated in Iraq, and violence against women increased rapidly in the country. However, when assassinations, kidnapping and rampant violence eventually became a widespread phenomena and frequent front-page headline, there was little connection to how women were an actual indicator for that political narrative.

There is a saying in Iraq that those who have seen death are content with a fever. Iraqis, and particularly Iraqi women, have seen death in the past seven years. But Iraqis cannot afford the fever unless we start paying attention to what is really happening to women, to their access to tangible and sustainable economic resources and security, and to addressing these problems, not as a politically correct story, but as a true and a significant indicator of the direction of a nation. Strong women do lead to strong nations. Can Iraq, and the US for that matter, pay attention to that?