Accessibility links
Author Examines 'The History Of White People' Conversations about race often focus on what it means to be black. But in her new book, The History of White People historian Nell Irvin Painter explores the concept of "whiteness" — and finds that who is "white" has actually changed throughout America's history. 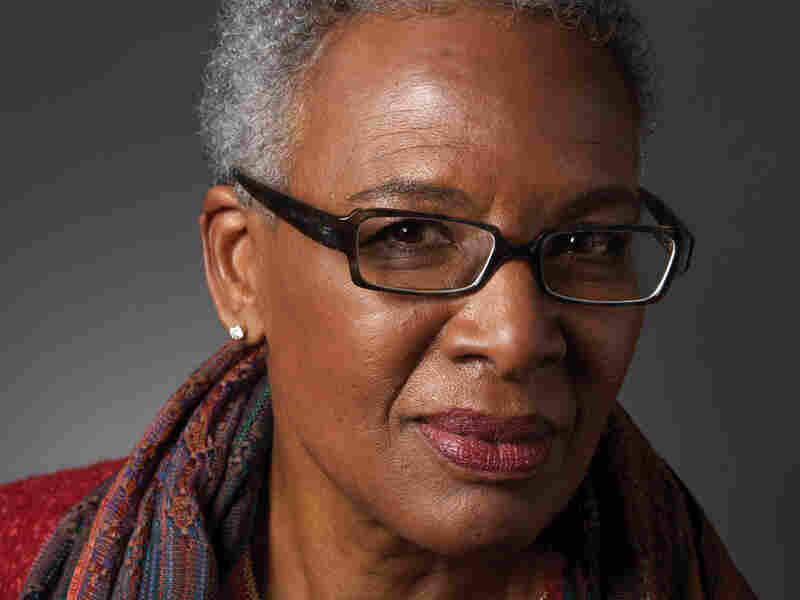 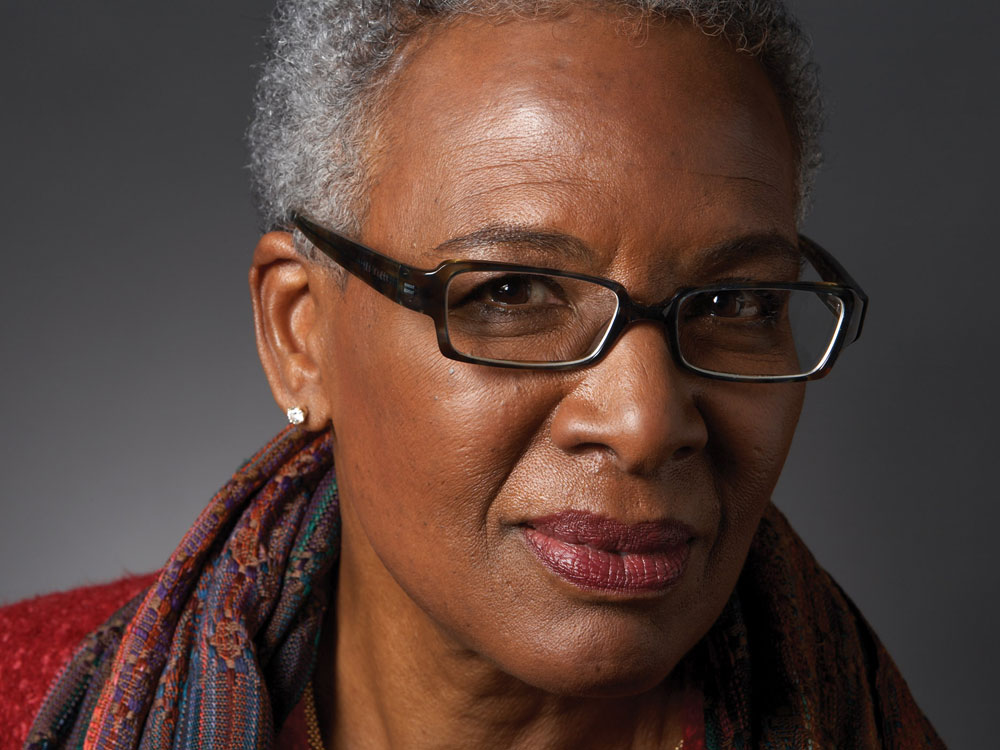 Conversations about race often focus on what it means to be black, and throughout American history, laws have struggled with the rights of people of mixed race. But in her new book, The History of White People, historian Nell Irvin Painter explores the concept of whiteness — and explains how many ethnic groups now regarded as white, from Irish, Jews, Italians were once excluded from mainstream American society.

Excerpt: 'The History Of White People' 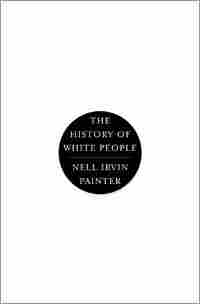 From Greeks And Scythians

Although Herodotus mentions slaves repeatedly, he always does so in an offhand, matter-of-fact manner, as merely a system within the common hierarchies of antiquity — in Greece, throughout the Greek empire, and among barbarians across the known world. At least as early as the seventh century BCE, nomadic, loosely organized societies around the Black Sea region established an efficient trade network furnishing slaves to the wealthy of Greek society. Regions long fabled in myth, such as Thrace (now southern Bulgaria, northeastern Greece, and northwestern Turkey, homeland of the Roman slave Spartacus) and Colchis (now Georgia), in particular, seem to have supplied the bulk of them. Impoverished parents and kidnapping pirates delivered slaves to the market, and famine and warfare regularly increased the supply of people offered up for sale.

Could oligarchic Greece have thrived without slavery? Could the philosophers and citizens attending to their businesses and that of the state ever have arisen without such a lower class doing the work? Plato owned fifty slaves, and households with ten or more bondspeople were common. Going about town or on long military campaigns, Athenian gentlemen always took along a slave or two. Quite likely, slaves outnumbered free people in the fifth and fourth centuries BCE, probably numbering 80,000 to 100,000 in Athens alone. Multitudes of enslaved women worked primarily at household tasks, providing services that could be sexual, medical, and domestic, while male slaves, skilled and unskilled, labored in the fields, on board ships, and in industrial workshops. Athens used an enslaved Scythian police force numbering between 300 and 1,000, for Scythians were known as skilled archers.

The slave trade worked like this: as noted, the Black Sea line of supply began with barbarian chiefs whose endless warfare steadily drove refugees onto the market, where chiefs sold them to Greek slave traders for luxury goods like wine and clothing. Not that war was a prerequisite — thousands of children also entered the market, having been sold by their parents for salt or other necessities. Two cities, Byzantium (later Constantinople and then modern Istanbul) and Ephesus, Asia Minor's most important Greek city, dominated the market in slaves. (Ephesus is probably best known today as the home of the Ephesians of the Bible, whose Christian church was one of seven in Asia to which Saint Paul addressed his letters.)

No shame attended this brutal business. A Greek Macedonian proudly listed his occupation as slave trader on his funeral stele and had engraved on it the image of eight slaves chained together by their necks. To be sure, some practices did offend Greek morals. Herodotus mentions a slave trader who was punished for castrating freeborn boys and selling them as eunuchs. But even so, ancient Greeks are rightly known for their appreciation of good-looking boys, and when ancient sources speak of the beauty of slaves, they mean boys, not women and girls.

A ruling class quite easily judges the lower orders to be innately servile. More than a century before Aristotle discoursed on the naturalness of slavery and the inherently slavish nature of the enslaved in Politics (books 1, 3-7) and Nicomachean Ethics (book 7), Herodotus scolds the Thracians for so readily selling their children for export. Not that matters of slavery were always so simple.

Herodotus relates an anecdote demonstrating the two sides of slave life: a chance for upward mobility and a circumscribed possibility for success. In roughly 512 BCE the Scythian army undertook a war against the Persian king Darius that continued for twenty-eight years. And the Scythians won. But twenty-eight years of absence had wrought changes at home. As Herodotus explains, "For the Scythian women, when they saw that time went on, and their husbands did not come back, had intermarried with their slaves." On the warriors' return, children of the slaves and the Scythian women put up stiff resistance so long as the warriors fought with spears and bows. But the warriors succeeded once they capitalized on the essentially servile nature of the half-slave children. "Take my advice," one Scythian warrior told his army, "lay spear and bow aside, and let each man fetch his horse-whip, and go boldly up to them. So long as they see us with arms in our hands, they imagine themselves our equals in birth and bravery; but let them behold us with no other weapon but the whip, and they will feel that they are our slaves, and flee before us." Herodotus tells us that this tactic worked: the slaves' progeny "forgot to fight, and immediately ran away." A mere sight of the whip had returned the children of slaves to their innate, slavish character, an early example of the close association of status and temperament.

Whatever the truth of that self-serving story, power relations clearly ruled the day, and the powerful would have their due. According to Herodotus, once again, every fifth year the Colchians and peoples around them traditionally paid a tribute to Persia of one hundred boys and one hundred girls. Already well established in Herodotus's time, this levy's origins could not be traced. And it must have continued long past the days of Herodotus, for more than three hundred years later, the Greek historian Polybius (ca. 203 — 120 BCE) notes the Black Sea origin of life's everyday necessities: "cattle and slaves." Indeed, this slave trade from the Black Sea region (of people later considered white) continued for more than two thousand years, ending only with Ottoman modernization at the turn of the twentieth century. Such was the lot of masses of Europeans in ancient Greece. 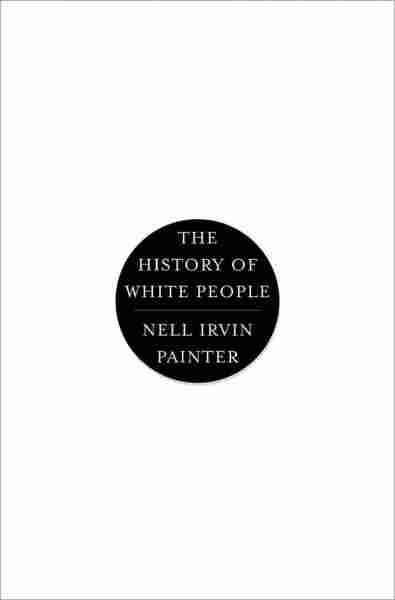 The History of White People