Accessibility links
The End Of 9-To-5: When Work Time Is Anytime A public agency in Minnesota is engaged in a cutting-edge experiment with flexible work schedules. It's called a results-only work environment, and it gives everyone in an office ultimate freedom to do their jobs — whenever and wherever they want — so long as the work gets done. 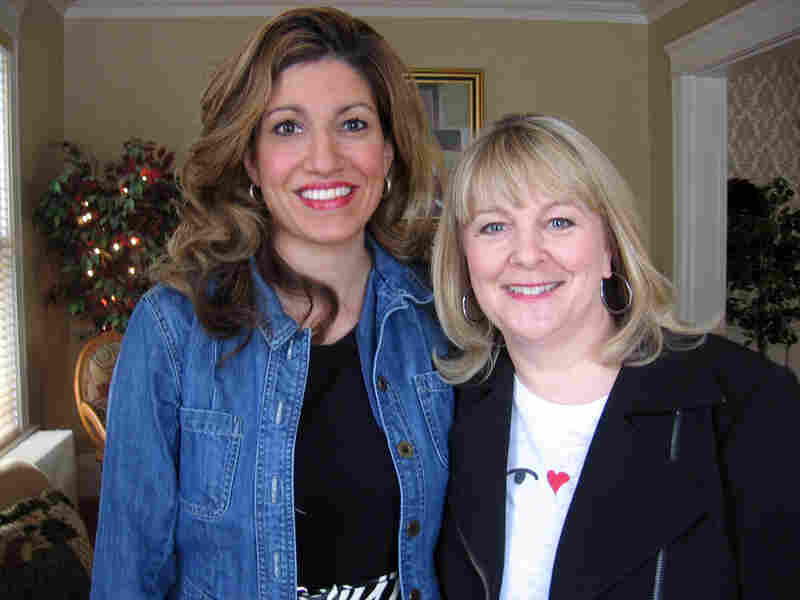 Jody Thompson and Cali Ressler created the results-only work environment when they were working at Best Buy. They now promote ROWE through their consulting firm, CultureRx. Jennifer Ludden/NPR hide caption 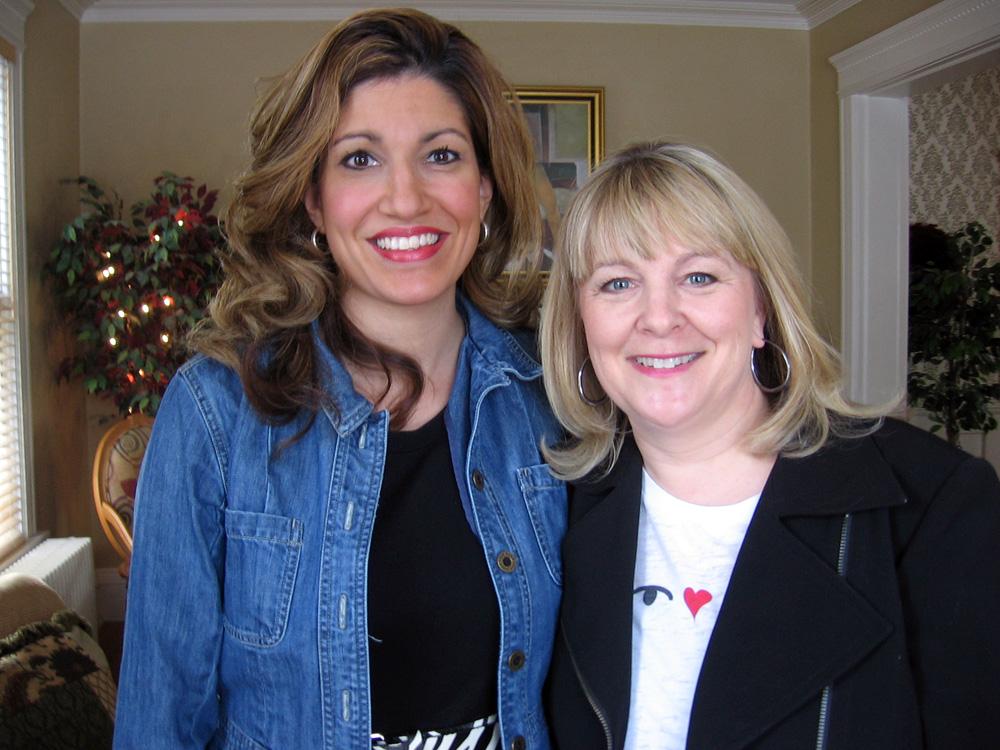 Jody Thompson and Cali Ressler created the results-only work environment when they were working at Best Buy. They now promote ROWE through their consulting firm, CultureRx.

When you think of cutting edge, 21st-century workplaces, chances are a county government bureaucracy does not come to mind. But the Human Services and Public Health Department of Hennepin County, in Minneapolis, Minn., is engaged in about as radical an experiment with flexible work as exists.

One morning late last year, the lobby was packed with people applying for food, housing and other public assistance. But down a hall, in a grayish-beige cubicle farm, it feels like a ghost office.

"Here's another one, empty," says supervisor Ann Zager as she guides me among vacant chairs and black computer terminals. Her staff of 13 determines eligibility for assistance, and half of them are not here.

"I mean sometimes I don't see or hear from them for days," Zager says.

Zager has figured out that she needs only five or six staffers at a time to handle face-to-face client meetings. Everyone takes turns being in the office, and otherwise schedules themselves as they wish.

"At first it was really hard for them," she says. "They would come to me and say, 'Ann, I need to take off next week, or I need to do this.'" Zager would remind them that if they were not scheduled to be in the office, they did not owe her any explanation.

"It was hard for them to believe I really don't care!" she says.

Hennepin County is practicing what's called a results-only work environment, or ROWE, which gives everyone in a company the freedom to do their job when and where they want, as long as the work gets done. The state of Minnesota signed a contract for the program last year as part of a campaign to reduce rush hour traffic on 35W in Minneapolis. Nationwide, 3 percent of businesses now say they have a ROWE, though as far as participants here in Hennepin County know, theirs is the first public agency to adopt it. Many are ecstatic at the way it's working so far.

In a northern suburb of Minneapolis, county program manager Kara Terry has made her kitchen table a home office. Nearly every evening after dinner she brings out her laptop, typing away as she oversees her three sons doing their homework. They are in elementary and middle school, and Terry says she's never been able to spend so much time with them.

"Oh gosh, I can go and have lunch with Brandon," she says, "or volunteer at the kids' school, and still get my 40 hours in. I just do it at a non-traditional time."

Back at the county offices, human services representative Anna Reynolds is giddy about not having to make her 50-mile commute every day, which often meant arriving home past dinnertime.

"I don't have to come home and find my little bit of cold leftover sitting aside," she says. "It's really nice to have hot food, and fresh food, and to eat with my family."

So where did this radical work system come from? It was created by two human resource workers who became frustrated that the daily grind wasn't only constraining, it was also inefficient.

"There's this belief that if you're at work, you're doing work — and people are not," says co-creator Jody Thompson. She says 80 percent of companies' lost productivity is from "presenteeism" — when someone is physically in the office but mentally somewhere else.

In the early 2000s, Thompson and her colleague Cali Ressler were working at Best Buy and charged with creating a flexible work strategy there. They soon decided that letting some employees telecommute or have a four-day week wasn't working. Ressler says when managers grant these special favors to some but not others, co-workers become jealous, and the work atmosphere can be hostile. What's more, she says those who get the flexibility are stigmatized, since a lot of managers don't actually believe the employees are working if they can't see them.

Their solution was to give everyone — from managers on down — the same flexibility. Best Buy adapted this results-only program at its headquarters, and Thompson and Ressler later left to create their own consulting firm.

At Hennepin County's social services agency, not everyone welcomed the dramatic change.

"I didn't like it at all because I feel we're accountable to the taxpayer," says Bob Brinkhouse, a child-support officer who's been with the county for 17 years. He admits he's "old-school," and felt that "someone should know where we're at during our eight hours a day."

Want the extreme flexibility in your workplace? Here are a few things to expect from a results-only work environment:

All meetings are optional. Read that again if you need time to absorb it. ROWE's creators insist on it, even though plenty of managers have backed out of the program when they learned of this. Staff are still responsible for what happens in meetings. They say if it's worth it, they'll come. But they also soon discover how many hours they'd previously wasted in unnecessary meetings.

Results have to be defined. When you can't judge someone's effectiveness by how many hours a day they show up, you are forced to look at what they produce. Managers and staff say they've had to jointly spell out explicit tasks or achievements and specific dates for them to be completed.

You must change the way you communicate. You may get more work done at home without all those office distractions, but if you need to communicate something, it's a lot easier when your colleague is in the next cubicle. Before the Human Services and Public Health Department of Hennepin County, in Minneapolis, Minn., launched ROWE, staff did a test run: They spent one day in the office pretending they were all working alone, communicating only via e-mail, instant messaging or phone.

Every day feels like Saturday. This is a favorite ROWE tenet, though it begs the questions: When does the work happen, and couldn't every day also feel like Monday? ROWE's creators point out that many of us are incredibly busy on weekends, but we feel more relaxed because we are in control of our schedule. So ROWE lets you set your schedule every day, fitting in laundry, conference calls and errands as needed.

Brinkhouse also worried that some colleagues would fall behind in their work, or worse, take advantage of the freedom, a sentiment echoed in snarky letters to the local newspaper. (One essentially asked, "How are you going to waste my tax dollars now?")

But Brinkhouse and the two child-support colleagues on his team forward their phones and use instant messaging to make sure nothing falls through the cracks. To his own surprise, he's come around.

"The way it works," he says, "all three of us could be home and it wouldn't affect anybody. Now, one drawback is, I get lonely at home. It's too quiet!"

Clearly, something is lost in a ROWE workplace: Call it an intangible synergy, or that spontaneous brainstorming that can accomplish more than a dozen e-mails ever could. But there is a strong business case for a results-only work environment.

"Before we started ROWE," she says, "we were about two, 2 1/2 weeks out on processing. We are now down to five days or less," she says. People were just more productive.

In fact, productivity jumped so much, rumors flew about possible layoffs.

In a pure results-only workplace, no one needs to track their hours, and paid time off disappears. Who needs it if you set your own schedule?

But as a public agency, Hennepin County employees must still put in 40 hours a week. And as a union shop, no one has tossed out carefully negotiated vacation and sick leave benefits. Employees, though, say their leave time is piling up, so this might force the issue.

Another hitch: Old attitudes about work die hard, so a lot of time is spent trying to change them. In a basement conference room, two dozen county workers line a U-shaped table as trainer Ashley Everett engages volunteers in a role-playing exercise.

"Tina, let's talk about Tammy," she says. "Oh my gosh. Tammy only shows up at maybe 10 o'clock during the day. I mean, geez, does she ever work?"

Taking her cue, Tina shakes her head, "No, not really." The others erupt in peals of laughter as they recognize such routine office gossip. But Everett says in a results-only system, for all they know Tina was up until midnight finishing a company report.

In another role play, Everett pretends she's just entering the office, as a colleague says, "Ten o'clock and you're barely getting in?"

Everett turns around and delivers a devastating comeback line: "Is there something you needed from me before 10?"

The others laugh even louder and offer up a round of applause.

Sometimes at sessions like this, as the possibility of a new way of work sinks in, results-only co-creator Ressler says she's seen boomer-aged men break down and cry.

"They realize they've not seen their children grow up," she says. "They've given up hobbies, they've given up dreams to play the game. We don't want future generations to look back on their lives and have so many regrets that they cry."