Accessibility links
A Martha's Vineyard Institution Changes Hands For more than 90 years, residents and visitors of Martha's Vineyard have bought their groceries at Cronig's Market. Robbie Cronig and Steve Bernier discuss the market that became an institution, and the business deal that sealed a friendship. 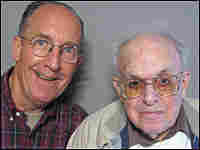 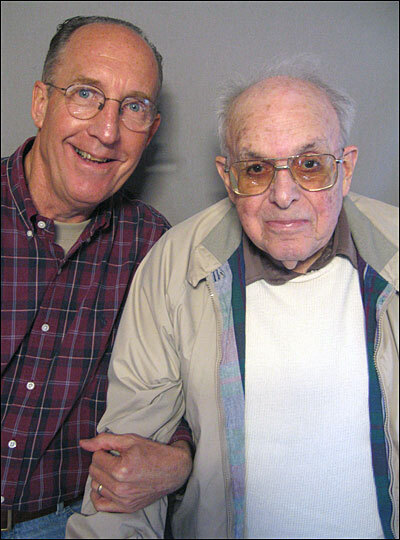 For more than 90 years, residents and visitors of Martha's Vineyard have bought their groceries at Cronig's Market.

Robbie Cronig's father and uncles opened Cronig's Market in 1917. Robbie Cronig started working at the store when he was just a boy. Decades later, he owned it. And many years later, he sold his family's business to Steve Bernier.

Cronig and Bernier know the store is important to folks on the Vineyard.

"I think that my father took me to the grocery store when I was just big enough to walk. He says, 'Get to work,' Cronig says. "And before there was telephones in Vineyard Haven, I would go from house to house picking up the orders."

Cronig said that every house he visited would insist that he eat breakfast.

"Oh, they were good cooks," Cronig recalls. "They made beautiful pastry. Oh, I got fat as fat could be. Thank god for the summers because I could work it off."

Cronig and his brother, Dave, eventually bought the store from their father.

"I gave my father his salary," Cronig says, "and gave my mother my father's salary until the day she died."

Bernier says that shortly after he met Cronig, they discussed him buying the store.

"You slapped the keys in my hand and you said, 'Someday you're going to own this place,'" Bernier recalls.

"It was wonderful because [Bernier] was exactly what I wanted to take over the business and no way in the world could I refuse," Cronig says. "I didn't ask for a nickel down. I didn't ask for any paper, anything. And he was the most honest man I've ever done business with, ever."

"And from there on in we became the best of friends," Cronig adds.

After the sale, Cronig kept a set of keys to the market and continued to work there until about 10 years ago. Bernier says that if it weren't for his friend's health, he'd still be working there today.