Accessibility links
Public Option's Proponents Seek To Resurrect It After a messy Senate burial late last year, the government-run health insurance plan may be back. Proponents cite continued wide support and the fact that this time it needs fewer votes to pass in the Senate. 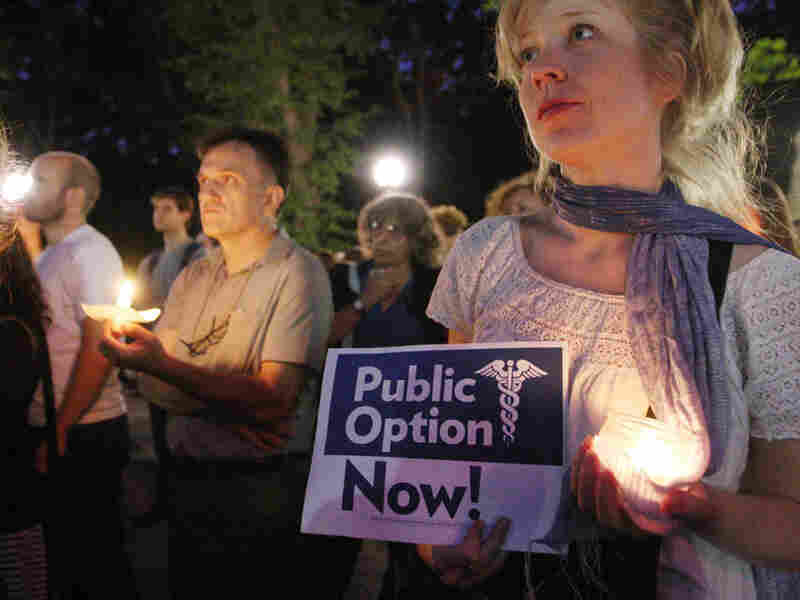 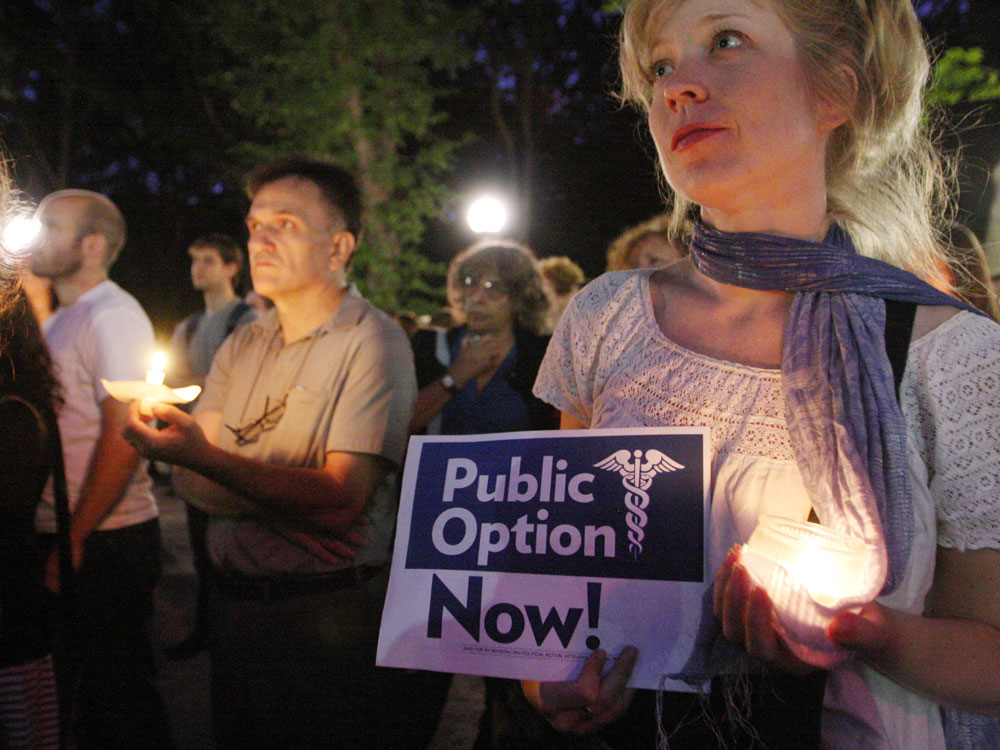 The government-run health insurance plan known as the "public option" has lived and died several times during the health care overhaul saga — and it may be back again.

House Speaker Nancy Pelosi has long been a supporter of the public option, which was in the bill the House passed last year. But that bill went nowhere, and instead it's the Senate's health care bill — with no public option — that has made it to the final round.

Late last year, Senate Democratic leaders got rid of the public option to sew up the 60 votes it needed to get the bill passed. But now that Congress is using an expedited procedure known as reconciliation, only 51 votes are needed to get a revised version of the bill through the Senate. First, that revision must pass the House, so proponents are demanding that Pelosi put the public option back in.

Asked about that a few days ago, she showed little inclination to do so: "We're talking about something that is not going to be part of the legislation, so why don't we talk about what is going to happen? Because I'm quite sad that a public option isn't in there," she said. "It isn't in there because they don't have the votes to have it in there."

That's an argument supporters of the public option aren't buying. To challenge it, several activist groups are airing an ad Wednesday on MSNBC and CNN in Washington, D.C., and San Francisco, Pelosi's home district. The ad is an exercise in political math: It tallies 41 senators who have pledged to support a bill with a public option with 10 others who have expressed support for it in the past. That's a total of 51 — the exact number of votes needed for final passage in the Senate.

Nothing is final until it's final, and the public option has been declared dead so many times it's hard to count. But every single time, a grass-roots uprising has put it right back on the table.

Adam Green, co-founder of the Progressive Change Campaign Committee, one of the groups sponsoring the ad, says he hopes Pelosi can be swayed into adding the public option.

"You know, that's what grass-roots pressure is all about: Every day, thousands of people are calling Congress, saying, 'We want a public option,' " he said. "Nothing is final until it's final, and the public option has been declared dead so many times, it's hard to count. But every single time, a grass-roots uprising has put it right back on the table."

Sen. Joe Lieberman (I-CT) last year demanded that the public option be stripped from the health care bill before he would vote for it. He says putting it back in would be a mistake.

"The fact that they removed the public option was very important to me and, I think, a lot of other senators here," he said.

Even some senators who support the public option oppose its revival.

"They're on the mark in saying that I'm for it, but they miss the larger point, which is that it would take down the passage of health care," said Sen. Jay Rockefeller (D-WV), one of the senators the TV ad says is a potential yes vote.

Other senators, though, are bent on resuscitating the public option. Oregon Democratic Sen. Jeff Merkley says if the House doesn't add such a measure, he'll offer an amendment to add one when the Senate takes up a final bill.

"There are going to be many folks who are going to hang back from the debate until they're forced to a vote, and so sometimes you need to go forward with a vote," he said. "Democracy requires that you declare your position, and sometimes that requires a vote to make that happen."

But the Senate's No. 2 Democrat, Illinois' Dick Durbin, who personally supports the public option, is urging colleagues to vote against adding one to the revised Senate bill.

"We have to tell people: You just have to swallow hard and say that putting an amendment on this is going to stop it or slow it down, and we just can't let it happen," he said.

In the end, caution may rule. Too much is riding on the bill, Durbin says, to risk it sinking under the added weight of a public option.