Accessibility links
U.S. Youth Likely To Face Greater Health Issues Anti-smoking campaigns have had success reducing smoking, and since the 1990s smoking among youth has also declined. However, public health messages about exercise and healthy eating don't seem to be having an effect yet. Kids are developing adult diseases like diabetes and high blood pressure. 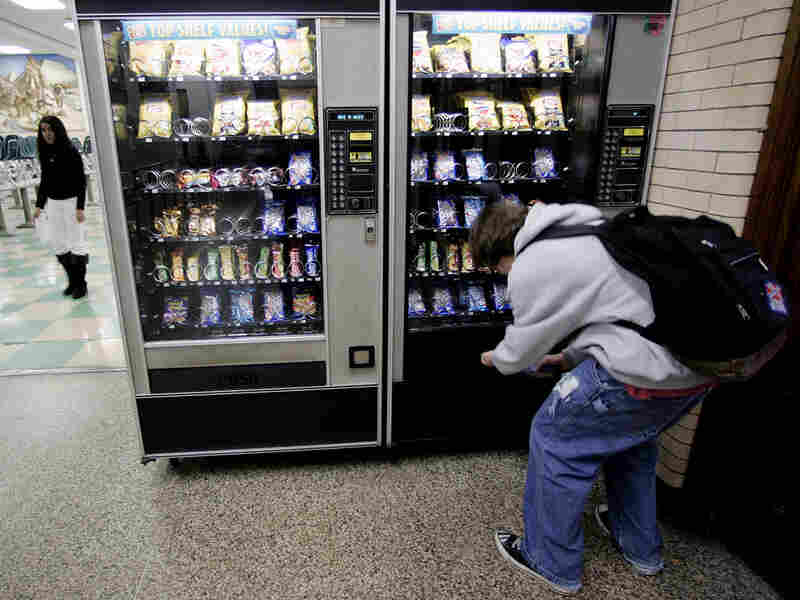 Despite public health messages about exercise and eating healthfully, many children are acquiring what used to be considered "adult diseases," like diabetes and high blood pressure. M. Spencer Green/AP hide caption 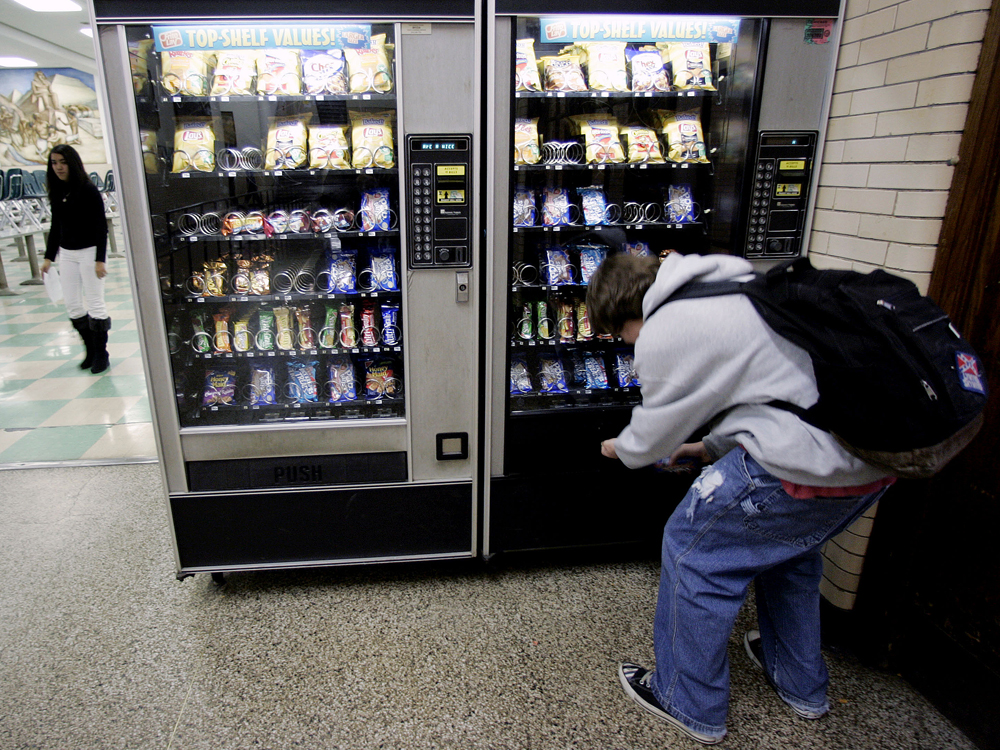 Despite public health messages about exercise and eating healthfully, many children are acquiring what used to be considered "adult diseases," like diabetes and high blood pressure.

Americans are not only getting fatter, but they're still smoking and they're not exercising enough. Every few years the federal government releases the findings of its survey of health behaviors among U.S. adults. This year's report covers 2005 to 2007 — and it's not really good news.

"Stubborn" is how Charlotte Schoenborn describes the health habits of U.S. adults. Schoenborn is a statistician with the Centers for Disease Control and Prevention, which oversees and analyzes the collection of information on U.S. health behaviors.

"It's amazing how hard it is to change these personal health behaviors," despite enormous resources and education efforts to encourage more healthy behaviors, she says.

One in five adult Americans still smokes. This is only a slight decline since the late 1990s, when 23 percent of adults smoked. Additionally, binge drinking — drinking more than five drinks in one sitting — is also on the decline. However, 61 percent of adults report they are current drinkers.

White men and women drink the most, and Asian-Americans drink the least. Among those who drink, the biggest drinkers are people who have higher incomes and more education.

"People with more education are more likely to drink. I mean it's that simple," says Schoenborn. The study finds that 74 percent of adults with a bachelor's, master's or doctorate degree say they are current drinkers. Schoenborn says this doesn't mean these are binge drinkers at all.

When it comes to exercise and weight, education also makes a difference. The more educated people are, the more likely they are to exercise and maintain a healthy weight. Even so, two-thirds of Americans are overweight or obese.

And many doctors say such unhealthful behaviors are more distressing among children. Pediatrician Amy Porter runs a weight management program for Kaiser Permanente in Southern California. She says this may be the first generation of children who may not live as long as their parents.

Porter points to what used to be considered "adult diseases," like diabetes and high blood pressure, which are now being seen in obese kids. She says she sees teenagers who have knee and joint problems so severe they need to consult orthopedists. And sleep apnea, which is often a symptom of obesity, is also showing up in record numbers among kids.

Porter says these problems are cumulative and take their toll as children grow into adulthood. Previous research has shown that overweight children are likely to become overweight teens and overweight adults, which is why Porter wants to see a major cultural shift, a sort of "in your face" anti-obesity campaign, similar to what happened with smoking decades ago. Even though smoking has not decreased dramatically over the past decade, it has decreased enormously since the 1960s when the first anti-smoking public health campaigns began.

And the best news is among teenagers. University of Michigan social psychologist Lloyd Johnston runs an ongoing study that tracks the behavior of children between the ages of 13 and 18. He says that in 1996, 21 percent of eighth-graders were smoking. By 2009, that had dropped by nearly 70 percent, down to 6.5 percent currently smoking.

Johnston says the change was driven in part by prices and taxes on cigarettes. But he also points to successful public health messages that convinced kids that smoking was dangerous, not glamorous. "Today, we see three-quarters of teens say that they would prefer to date somebody that doesn't smoke. So, what used to be suggested as increasing your attractiveness to the opposite gender, today does exactly the opposite."

Doctors like Porter hope to see similar success with campaigns against obesity. Recent studies do indicate a plateau in the obesity epidemic, but not among the heaviest of young boys, who are only getting heavier.