Accessibility links
Learn An Opera In Two Days? No Problem One opera singer's illness is another's opportunity. Marlis Petersen jumped in at the last minute to take on a leading role at the Met, in New York, when the star soprano pulled out. The only catch was that she had to learn and rehearse the rarely performed opera in just 48 hours. 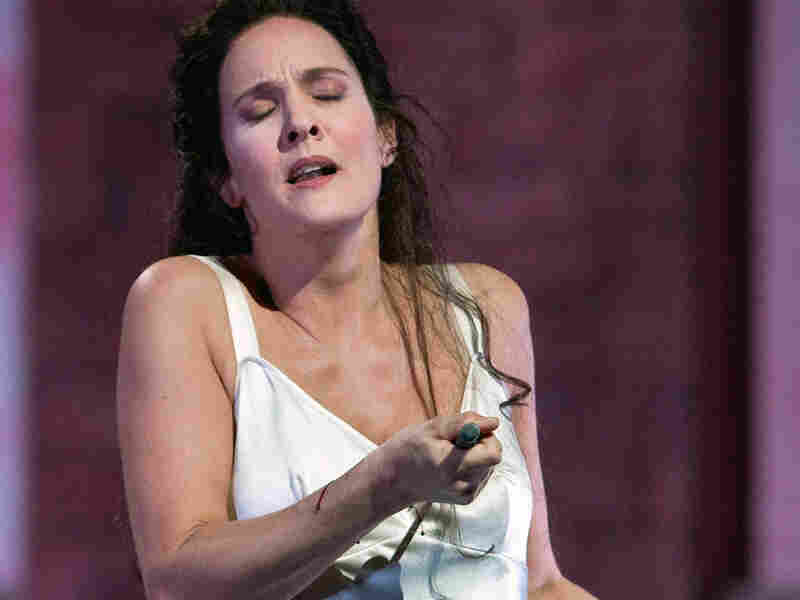 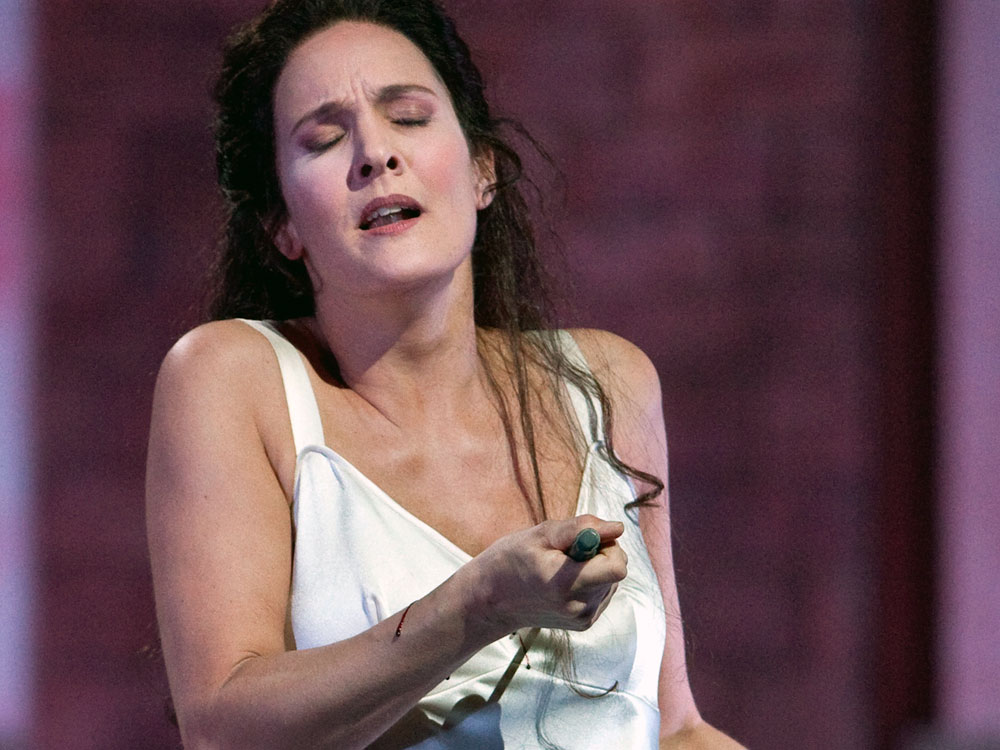 Soprano Marlis Petersen, playing the part of Ophelia in Ambroise Thomas' opera Hamlet, stabs herself after being driven to madness by Hamlet's rejection.

Besides rescuing productions at the Met, Petersen's other passions are Bach and Haydn. Hear her sing their music below.

The audience at the Metropolitan Opera is expecting a little onstage drama tonight. Not just because it's the opening night of the opera Hamlet by Ambroise Thomas. It's that the woman who was supposed to play the role of Ophelia dropped out suddenly. And the new Ophelia, German soprano Marlis Petersen, only had two days in New York to cram for the role.

Petersen was in Vienna starring in a production of Medea when she got the call from the Metropolitan Opera.

"In the first moment I thought, I can't make it," she said. "I thought, it's absolutely crazy."

Her last performance in Vienna was Friday night. Even if she could rearrange her schedule, it would mean two days in New York to prepare for a major role.

The rest of the cast of Hamlet had been rehearsing since mid-February. But soprano Natalie Dessay hurt her back, and New York needed Petersen. Suddenly, she had a change of heart.

"And then I thought, 'OK, you will do it. Be courageous. It's saving the Metropolitan Opera; come on — that's wonderful.' "

But Petersen might not have pictured this: Thirty hours before curtain, she is mobbed. Costumers, directors, vocal coaches all need a few minutes to fix this and suggest that. Normally, opera singers rest for the two days before an opera, like a major league pitcher. But yesterday, they brought in the whole orchestra just for Petersen.

In one scene, Ophelia is going mad. She tosses flowers left and right and — spoiler alert — kills herself onstage. Perhaps it's the lack of sleep or growing panic, but Peterson has the crazy part down pat.

But when she goes to cut her wrists, she misses a blood pack.

"It's not easy, because I can't look at them," she says. "And this is why you don't get the right spot. It can happen, though."

Sitting in the empty opera hall is Peterson's vocal coach for the performance, Pierre Vallet. He flew out to Vienna to prep Petersen on the music as she was packing to come to New York. Vallet says that she is cramming so much into her brain that it does make it exciting to watch.

"There is an intensity to her acting and singing that is very, very good. You can see. You read her very well onstage because she's very concentrated."

She has to be. Giant 25-foot castle walls rotate in and out of this production, and you wouldn't want one of those smacking you. Petersen gets briefed on how to walk in her bell-shaped white gown. Little steps. Don't swing your butt. Every time Petersen comes out for a scene she's trying on a different wig — golden blond, ash blond, brunette. They are costuming her on the fly.

The co-director slumps in a chair. Patrice Caurier says it's nerve-racking. His great fear isn't all these small mistakes. It's the biggie.

"It's the memory," he says. "Suddenly you have a blank and you say, 'What's coming next?' Even if it lasts for two seconds it seems like an eternity and you panic. I hope she'll be safe from that experience."

He looks around for a piece of wood to knock on. Because Petersen didn't arrive until after the final dress rehearsal, the director won't get to see the full production until the audience does tonight.

The only one who doesn't seem nervous is the star herself. When Petersen makes a mistake, she laughs and raps her knuckles against her skull. She realizes, though, that this is a huge gamble. The more she crams, the harder she works in rehearsal, the more tired her voice gets.

"Your voice is telling you, 'OK, stop now.' And when you don't it gets hurt," she says. "It's walking on the edge. I wasn't sure if this is a good idea. But of course, now I have to shut up."

At the risk of ruining the whole production by making her answer one more question, I have to ask. After a week of almost nonstop singing, what will she do after tonight's opening?

"I think I'll fall asleep for another three days," she says.

Petersen's performance in "Hamlet" runs through April 2, and will be shown in movie theaters March 27, as a part of "The Met: Live in HD series.