Accessibility links
Movie Review - 'The Girl With the Dragon Tattoo' - Punk Hacker, Meet Disgraced Hack: Discuss Based on a popular novel by Swedish author Stieg Larsson, The Girl with the Dragon Tattoo follows the unlikely partnership between a brilliant young hacker and a discredited investigative journalist who team up to solve a 40-year-old murder. Hollywood already plans to remake it, but you're better off catching the original. 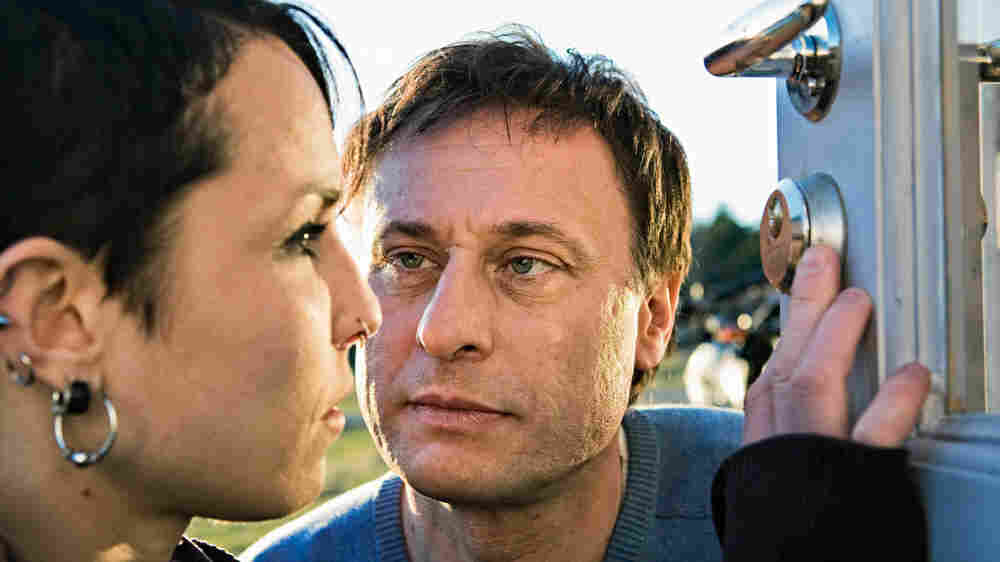 Walking through a Stockholm square at the outset of the arrestingly violent Swedish thriller The Girl with the Dragon Tattoo, disgraced journalist Mikael Blomkvist (Michael Nyqvist) can't escape his own image: His face, accompanied by the headline "Guilty," stares back from newsstands, from billboard-sized video screens, and — though Blomqvist doesn't realize it — from the viewfinder of a camera held by a fierce-looking, leather-clad punk named Lisbeth Salander (Noomi Rapace).

Blomkvist's crime was investigating an industrialist powerful enough to make a libel suit stick. He is unaware that Lisbeth, who has been brutalized enough to instinctively side with the powerless, has taken an interest in him. By hacking his computer, she has discovered that while awaiting the start of his jail term, he has been investigating what even Swedes would consider a cold case: the disappearance some four decades earlier of another industrialist's niece.

Blomkvist's old-school, shoe-leather approach to solving the disappearance isn't getting him anywhere, but once he and the tattoo girl get together and establish a few boundaries (no hacking your allies, f'rinstance), Lisbeth's not inconsiderable skills — including a photographic memory and a mean way with handcuffs — help move the case forward.

Though Stieg Larsson's novels are rife with sexual violence and considerable gore, they're also mystery thrillers in the Agatha Christie sense — in this case, the specific genre homages include an isolated estate and skulking suspects with loads of motives and alibis.

But the author is also a sharp social critic, so what his characters uncover isn't just crime, but a whole dark side to Swedish society: decades of hidden fascism, corporate corruption, religious atrocities and, most of all, a terrible, sadistic misogyny. The film's title in Swedish — Man som hatar kvinnor — means "Men Who Hate Women," and it's entirely apt. 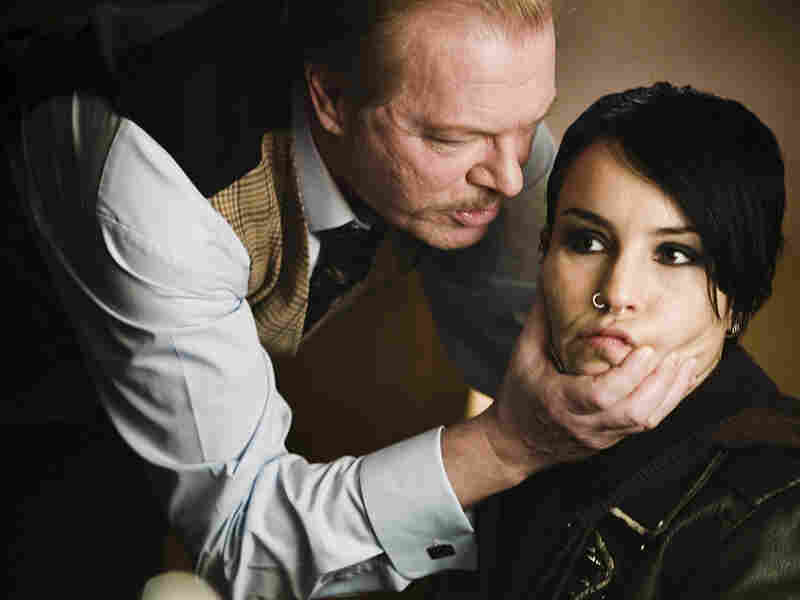 Girl Interrupted: The Swedish title of the film translates to "Men Who Hate Women" — an apt title considering that Lisbeth (Noomi Rapace) plays both a victim of male violence and an avenger of it. Yellow Bird Productions hide caption 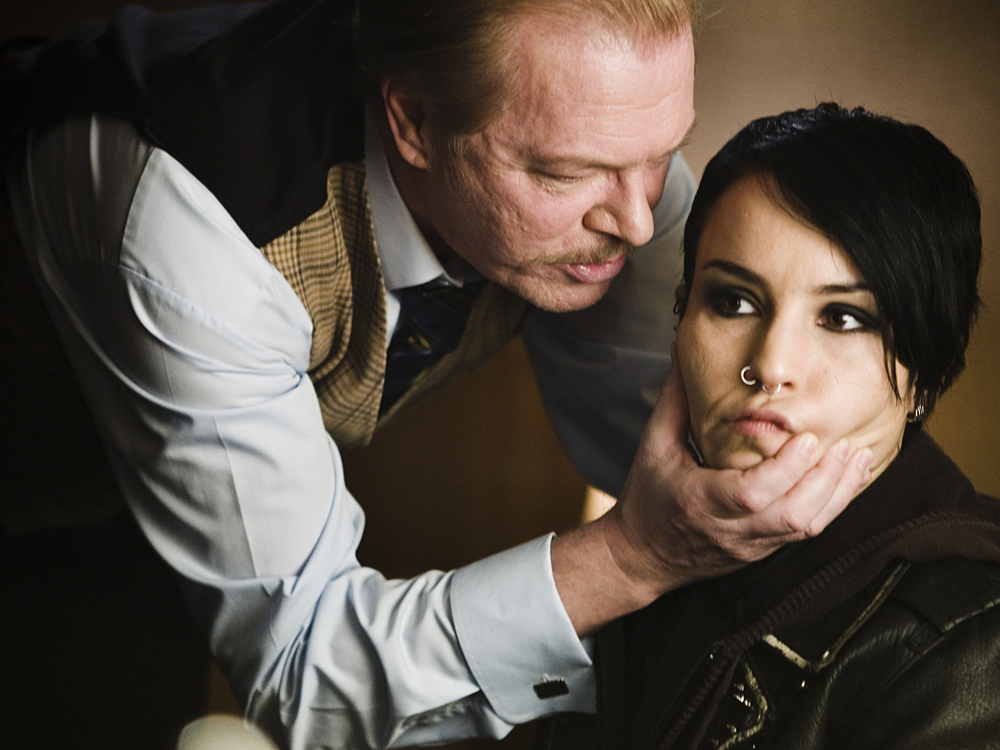 Girl Interrupted: The Swedish title of the film translates to "Men Who Hate Women" — an apt title considering that Lisbeth (Noomi Rapace) plays both a victim of male violence and an avenger of it.

Lisbeth, pierced, tattooed and played by Rapace with a sometimes uncontrolled ferocity, qualifies as both a victim of male violence and a violent avenger of it. This makes her a lot more compelling than her comparatively passive partner — something that Hollywood will doubtless find it necessary to "remedy" when Girl With the Dragon Tattoo is remade in English.

With George Clooney, Brad Pitt and Johnny Depp reportedly interested in playing Blomkvist, you can pretty much count on a more active male lead, along with Tinseltown's customary subtle approach to moral questions and a decrease in cultural authenticity.

A cold case in a frigid landscape, in other words, will likely get hotted up. Unless you have moral objections to subtitles, that argues for catching the Scandinavian original.