Accessibility links
Book Review: 'So Much For That' by Lionel Shriver — Battered By Bad Insurance Lionel Shriver's novel So Much for That tells the story of Shep Knacker, who is about to retire to a tropical island when his wife gets diagnosed with cancer. To keep his insurance, Shep has to keep his hated job, but he soon discovers that even the full coverage of the fully employed may not be enough to keep him afloat.

'So Much' For Paradise: Battered By Bad Insurance

'So Much' For Paradise: Battered By Bad Insurance 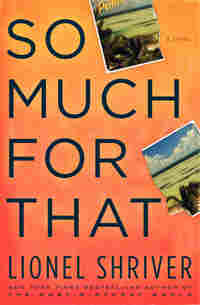 So Much for That
By Lionel Shriver
Hardcover, 448 pages
Harper
List price: $25.99

If you're looking for ripped-from-the-headlines relevance in your fiction, this is a bumper season. Adam Haslett's Union Atlantic tackles the financial meltdown. Ian McEwan's forthcoming Solar concerns global warming. And Lionel Shriver's outraged and occasionally outrageous ninth novel, So Much For That, takes on our broken health care system.

Her hero, Shep Knacker, is a New York contractor who, at 48, is ready to embark on his lifelong dream — with or without his wife and teenage son — to live out his days in a Third World country where his hard-earned savings will go further. But his timing for this so-called Afterlife is off: Just as he's packing his bags, his steely wife, Glynis (an artist who works with metal, no less), announces she has deadly mesothelioma and needs his health insurance. He hunkers down in his odious job working for the nasty boss to whom he sold his business eight years earlier, and dedicates himself to her care. But he soon learns just how inadequate their health insurance is.

This isn't the first time Shriver has gone for topicality: Her breakout seventh novel, We Need to Talk About Kevin, tackled a mother's guilt over her teenage son's murderous Columbine-like rampage at his high school.

So Much For That raises searching questions about the value of a human life and government's role in a democracy. It is filled with facts about cancer treatments and copayments, but Shriver does not allow this research to clog the arteries of her novel, which pulses with vivid characters.

Readers may wish, however, that Shriver had cauterized some of their diatribes. "Constitutionally obedient" Shep is the straight man to his easily riled best friend and colleague, Jackson Burdina, whose "emotional default setting" is disgust. Jackson, a libertarian anarchist whose teenage daughter suffers horribly from a rare degenerative disease, is no stranger to the inadequacies of the American health care system. (He acquires further gruesome, firsthand knowledge when he succumbs to a vanity procedure widely offered on the Internet.) His rants about bloated administrative costs, "bloodsucking greedy" insurance companies, taxes, "Patsies and Parasites," and "Mugs and Mooches" could benefit from editorial surgery. 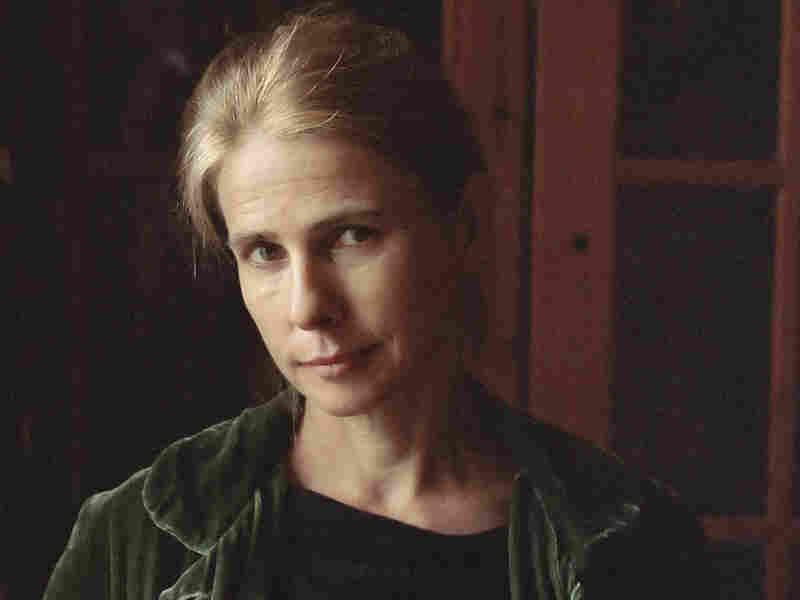 In addition to writing novels, Lionel Shriver is a widely published journalist. Her work has appeared in The Guardian, The New York Times and The Wall Street Journal. Eva Vermandel hide caption 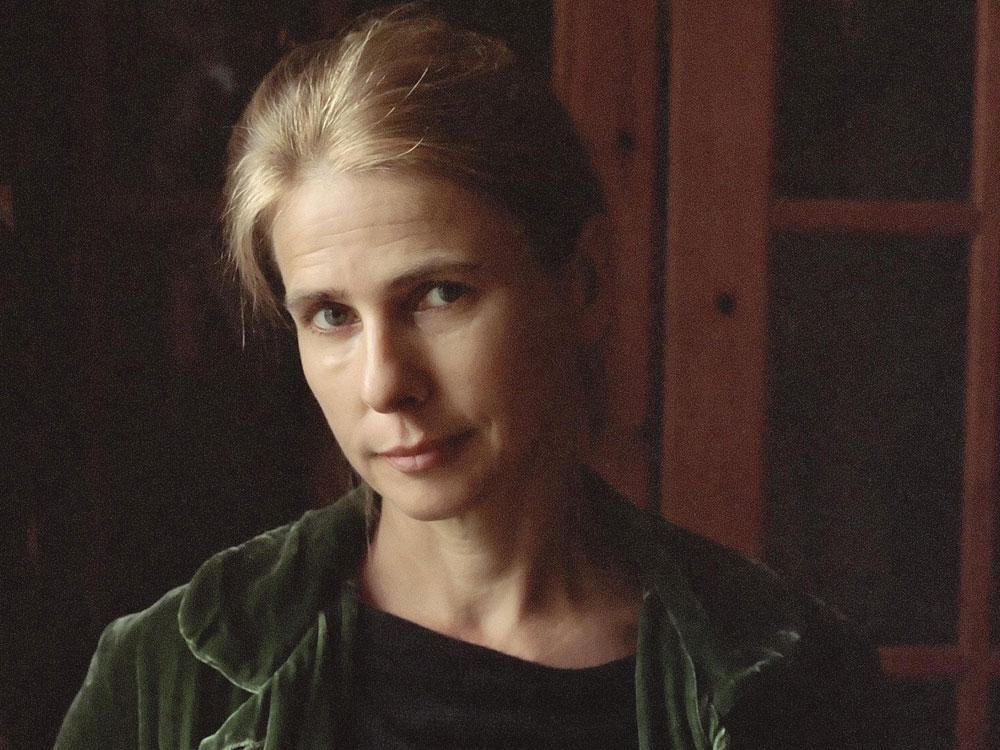 In addition to writing novels, Lionel Shriver is a widely published journalist. Her work has appeared in The Guardian, The New York Times and The Wall Street Journal.

Still, Shriver's accrual of details pulls us into the dramas of even her least appealing characters. We share Shep's frustrated alarm at his steadily diminishing bank statements as he hemorrhages hundreds of thousands of dollars not just for torturous, questionable treatments for Glynis but also to keep his father in a private nursing home where bacterial infections run rampant.

Shriver showed herself particularly adept at tying together narrative strands in the ending of her last novel, The Post-Birthday World. In So Much For That, she pulls off a memorable climax that makes a case for dying well and includes a scene that rivals John Irving's The World According to Garp for shock-and-guffaw value. It's sure to be talked about when we talk about Shriver.

Excerpt: 'So Much For That'

So Much For That
By Lionel Shriver
Hardcover, 448 pages
Harper
List price: $25.99

What do you pack for the rest of your life?

On research trips — he and Glynis had never called them "vacations" — Shep had always packed too much, covering for every contingency: rain gear, a sweater on the off chance that the weather in Puerto Escondido was unseasonably cold. In the face of infinite contingencies, his impulse was to take nothing.

There was no rational reason to be creeping these halls stealthily like a thief come to burgle his own home — padding heel to toe on the floorboards, flinching when they creaked. He had double-checked that Glynis was out through early evening (for an "appointment"; it bothered him that she did not say with whom or where). Calling on a weak pretense of asking about dinner plans when their son hadn't eaten a proper meal with his parents for the last year, he had confirmed that Zach was safely installed at a friend's overnight. Shep was alone in the house. He needn't keep jumping when the heat came on. He needn't reach tremulously into the top dresser drawer for his boxers as if any time now his wrist would be seized and he'd be read the Miranda.

Except that Shep was a burglar, after a fashion. Perhaps the sort that any American household most feared. He had arrived home from work a little earlier than usual in order to steal himself.

The swag bag of his large black Samsonite was unzipped on the bed, lying agape as it had for less drastic departures year after year. So far it contained: one comb.

He forced himself through the paces of collecting a travel shampoo, his shaving kit, even if he was doubtful that in The Afterlife he would continue to shave. But the electric toothbrush presented a quandary. The island had electricity, surely it did, but he'd neglected to discover whether their plugs were flat American two-prongs, bulky British three-prongs, or the slender European kind, wide-set and round. He wasn't dead sure either whether the local current was 220 or 110. Sloppy; these were just the sorts of practical details that on earlier research forays they'd been rigorous about jotting down. But then, they'd lately grown less systematic, especially Glynis, who'd sometimes slipped on more recent journeys abroad and used the word vacation. A tell, and there had been several.

Resistant at first to the Oral B's jarring cranial buzz, at length Shep had come to relish the slick of his teeth once the tedium was complete. As with all technological advances, it felt unnatural to go backward, to resume the fitful scrub of splayed nylon on a plastic stick. But what if Glynis went to the bathroom when she came home and noticed that his blue-ringed toothbrush was missing, while hers, with the red ring, still sat on the sink? Best she didn't begin this of all evenings with perplexity or suspicion. He could always take Zach's — he'd never heard the kid use it — but Shep couldn't see swiping his own son's toothbrush. (Shep had paid for the thing, of course, along with pretty much everything here. Yet little or nothing in this house felt like his. That used to bug him but now just made it easier to leave the salad spinner, the StairMaster, and the sofas behind.) Worse, he and Glynis shared the same recharger. He didn't want to leave her with a toothbrush that would last five or six days (he didn't want to leave her at all, but that was another matter), its weakening, terminal shudder providing a soundtrack for his wife's lapse into another of her periodic depressions.

So having unscrewed the wall mount only a turn or two, he tightened it back down. Restoring his own handle reassuringly to the recharger, he scrounged a manual brush from the medicine cabinet. He would have to grow accustomed to technological regression, which in a manner he couldn't quite put his finger on was surely good for the soul. Something about backtracking to a stage of development that you could understand.

He wasn't planning simply to cut and run, to disappear himself from his family absent announcement or explanation. That would be cruel, or crueler. He wasn't presenting her with a total fait accompli either, a wave goodbye at the door. Officially he would confront her with a choice, one for which, in the service of credibility, he had paid through the nose. Odds were that he had purchased nothing but an illusion, but an illusion could be priceless. So he'd bought not one ticket, but three. They were nonrefundable. If his instincts were all out of whack and Glynis surprised him, Zach still wouldn't like it. But the boy was fifteen years old, and how was this for developmental regression: for once an American teenager would do what he was told.

Anxious about being caught in the act, in the end he had too much time. Glynis wouldn't be home for another couple of hours, and the Samsonite was replete. Given the confusion over plugs and current, he'd thrown in a few manual hand tools and a Swiss Army knife; in the average crisis, you were still better off with a pair of needle-nose Vise-Grips than a BlackBerry. Only a couple of shirts, because he wanted to wear different shirts. Or no shirt. A few bits and pieces that a man with Shep's occupation knew could make the difference between satisfied self-sufficiency and disaster: duct tape; a selection of screws, bolts, and washers; silicon lubricant; plastic sealant; rubber bands (elastics, for N' Hampshire old-timers like his father); and a small roll of binding wire. A flashlight, for power cuts, and a stock of AAs. A novel he should have selected more carefully if he was taking only one. An English — Swahili phrasebook, malaria pills, deet. Prescription cortisone cream for persistent eczema on his ankle, a tube that would soon run out. 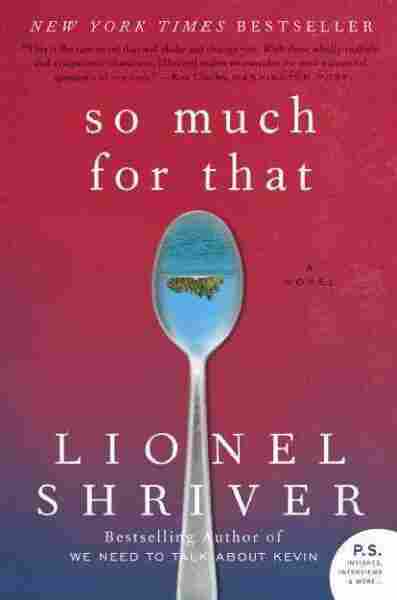