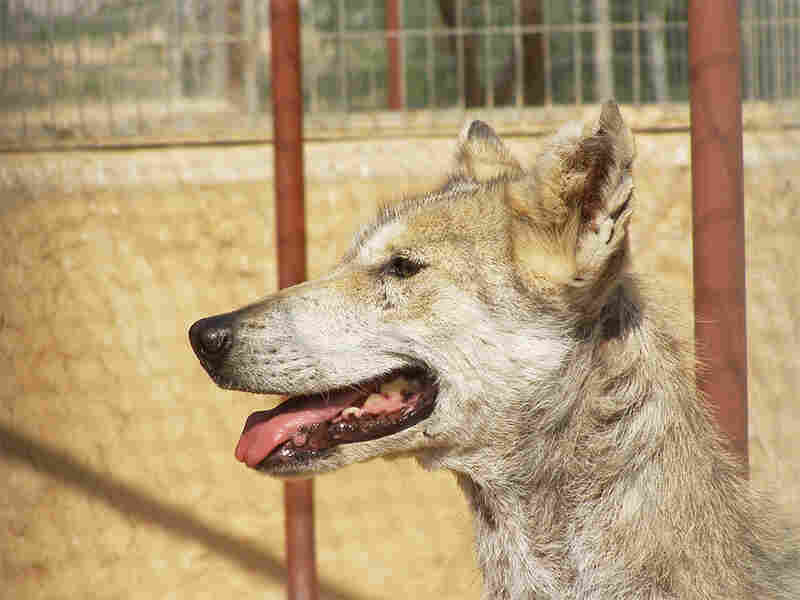 DNA analysis showed that most dogs share genetic markers with Middle Eastern gray wolves, like this one photographed in Israel. Courtesy of Nadav Perez hide caption 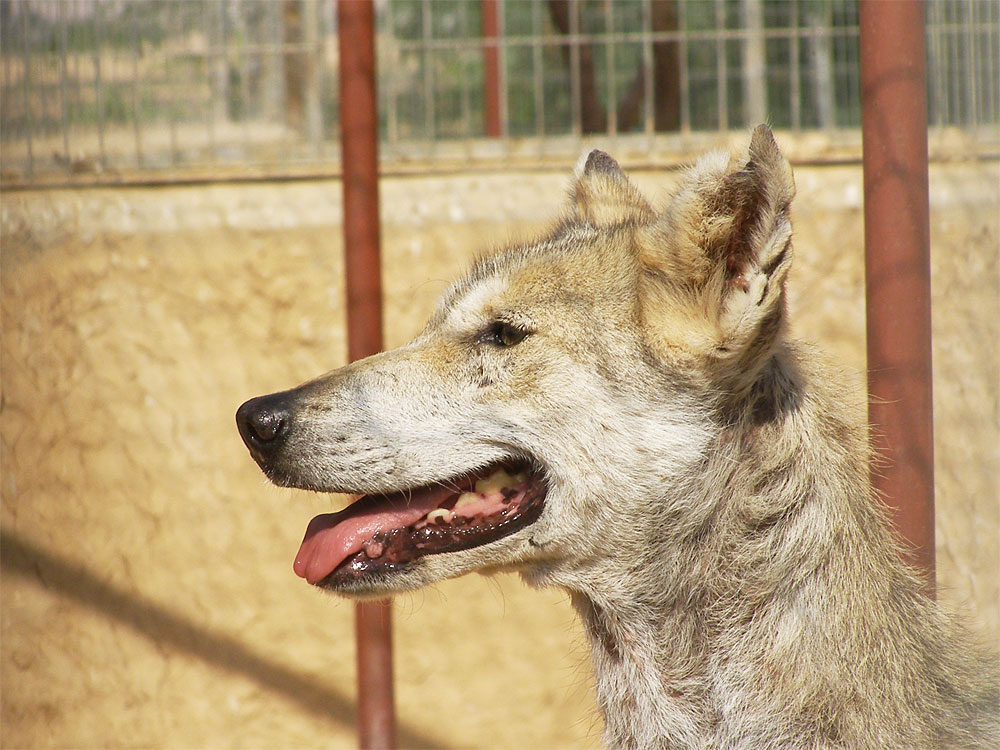 DNA analysis showed that most dogs share genetic markers with Middle Eastern gray wolves, like this one photographed in Israel.

Modern dogs are descended from wolves, but the question has been: which wolves? Now, scientists at the University of California, Los Angeles say they have the answer. By comparing the DNA from both dogs and wolves, the UCLA researchers say the first place that domesticated dogs called home was somewhere in the Middle East.

Robert Wayne, who led the research team, says he was somewhat surprised by the result. "Previous papers have suggested it was East Asia," he says. But Wayne says those papers focused on a small subset of DNA called mitochondrial DNA, instead of looking across all 2.4 billion letters that make up the dog genome.

To come up with their results, Wayne and his colleagues studied DNA from more than 200 wild gray wolves. "We looked at wolf populations in Europe, the Middle East and East Asia and from China," he says. In each case, they sought out and found genetic markers that were unique to these different wolf populations. So, for example, there were some markers that were only found in Chinese wolves, and others only found in Middle Eastern wolves.

Then they analyzed DNA from more than 900 dogs from 85 breeds, and looked to see which of the wolf markers dogs most closely resembled. It turns out that most dogs shared markers unique to Middle Eastern wolves, although there were some dog breeds that were closer to other wolf populations.

"Many wolf populations may have contributed to the genomic diversity of dogs, but the dominant signal comes from the Middle East," says Wayne. The new research appears in the journal Nature.

"I can't say that I am surprised by the results," says Tamar Dayan, a zoologist at Tel Aviv University in Israel. "I would have been surprised if they were different."

Dayan says dog skeletons 12,000 or 13,000 years old have been found in what is now northern Israel. "They're found in burials with humans in a very clear human context."

This is probably not the final word on the subject of dog domestication. Some scientists think Wayne and his colleagues are barking up the wrong tree, so to speak. But Wayne plans to gather more genetic data that he hopes will fill in any gaps in the history of dog domestication.