Accessibility links
Movie Review - 'Repo Men' - Organic Living, With Just A Few Strings Attached In a future where artificial organs can be bought on credit, an unsentimental guy can make a quick buck when borrowers fall behind on payments. But when one such repo man (Jude Law) finds himself on the other end of the equation, he discovers an urgent new meaning in the phrase "health care overhaul." 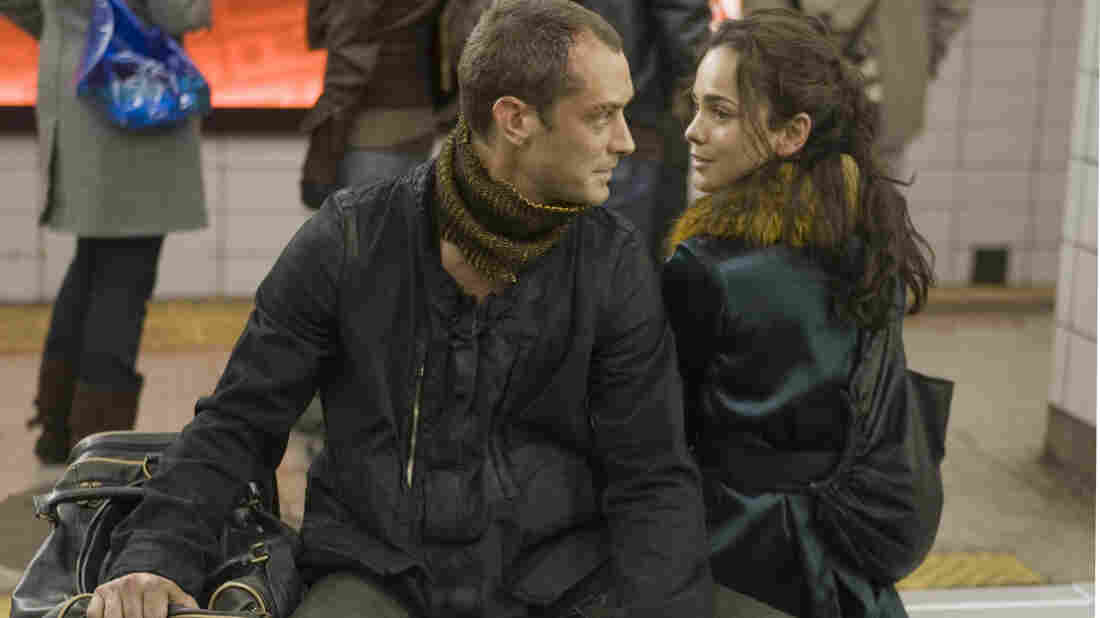 When The Tables Turn: Jude Law plays Remy, an organ repossessor who is heavily in debt after receiving his own heart transplant. Alice Braga plays Beth, a fellow debtor who teaches him how to disappear from the system. Kerry Hayes hide caption 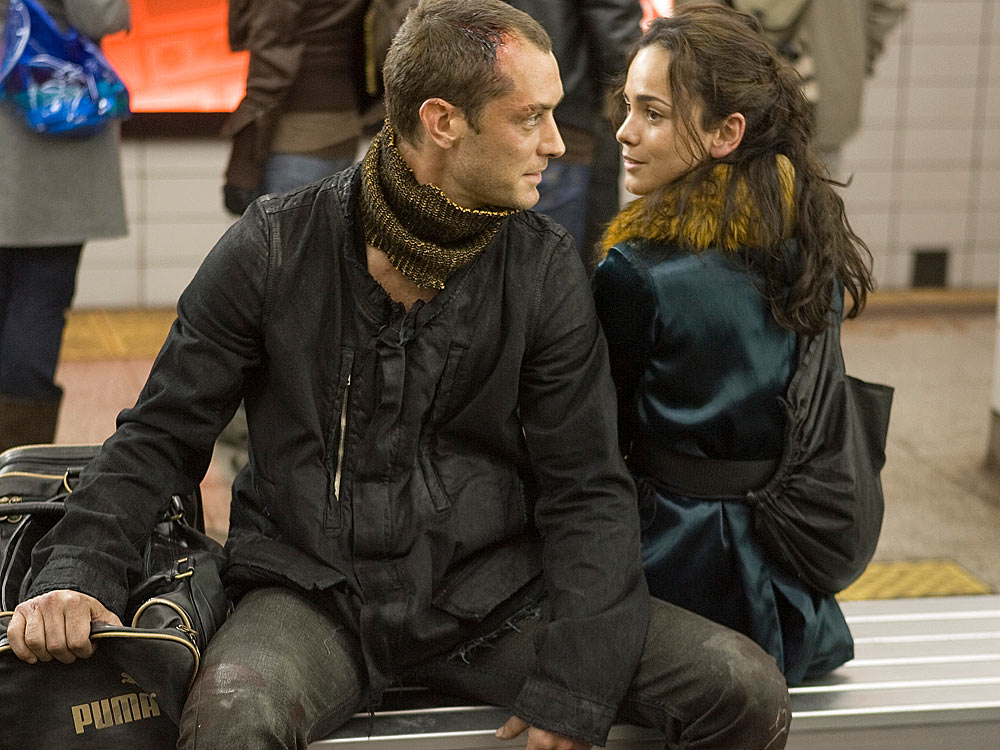 When The Tables Turn: Jude Law plays Remy, an organ repossessor who is heavily in debt after receiving his own heart transplant. Alice Braga plays Beth, a fellow debtor who teaches him how to disappear from the system.

'You Owe It To Your Family'

'Ask Me About My Lips'

Predatory lending is taken to macabre new lows in Miguel Sapochnik's debut feature, Repo Men: In a dystopian future that recalls a spruced-up version of Blade Runner, an organization called The Union offers a chance at better living through technology. Though technically a health-care organization, The Union operates more like a used-car dealer: It drives a hard bargain on artificial organs, and if you can't make your payments — at over 19 percent interest, on prices in the mid-six figures — the movie's titular enforcers will track you down, zap you unconscious and cut their property back out.

This may sound familiar: Repo Men is actually the second film about organ repossession released in less than two years, after the 2008 goth-industrial musical Repo! A Genetic Opera. There's valuable social commentary to be mined here, but two movies into this budding subgenre, it's clear that filmmakers haven't yet moved past the shock value of violently yanking bloody organs out of living human beings. Repo Men may not be as awful as its predecessor, but that's the faintest of praise.

Remy and Jake (Jude Law and Forest Whitaker) are two of The Union's best collectors. Remy, however, is having a crisis of conscience over his chosen field. Not because of any moral qualms about slicing open semi-conscious people to harvest a mechanical kidney, mind you; his wife just doesn't like it when he gets home late. There's a lot of pesky night work inherent in the job.

When a freak accident makes Remy the recipient of a shiny new piece of internal hardware, he's forced to reevaluate his chosen field. Unfortunately, just when he most needs the cash, he finds that his mechanical heart seems to have granted him more empathy toward his victims than his biological one ever did. He's soon past due, and as he becomes a target, he's reduced to hiding out in the same refugee shantytowns he once delighted in raiding for a big payday. This reversal of fortune plays out without many surprises. 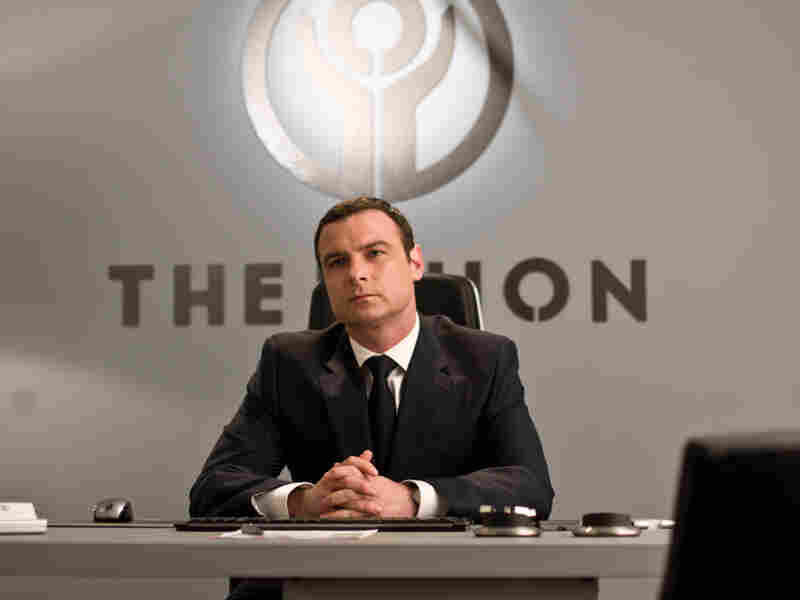 The Hard Sell: Liev Schreiber plays Frank, the smooth-talking manager of a company that markets replacement organs to the sick and the injured. hide caption 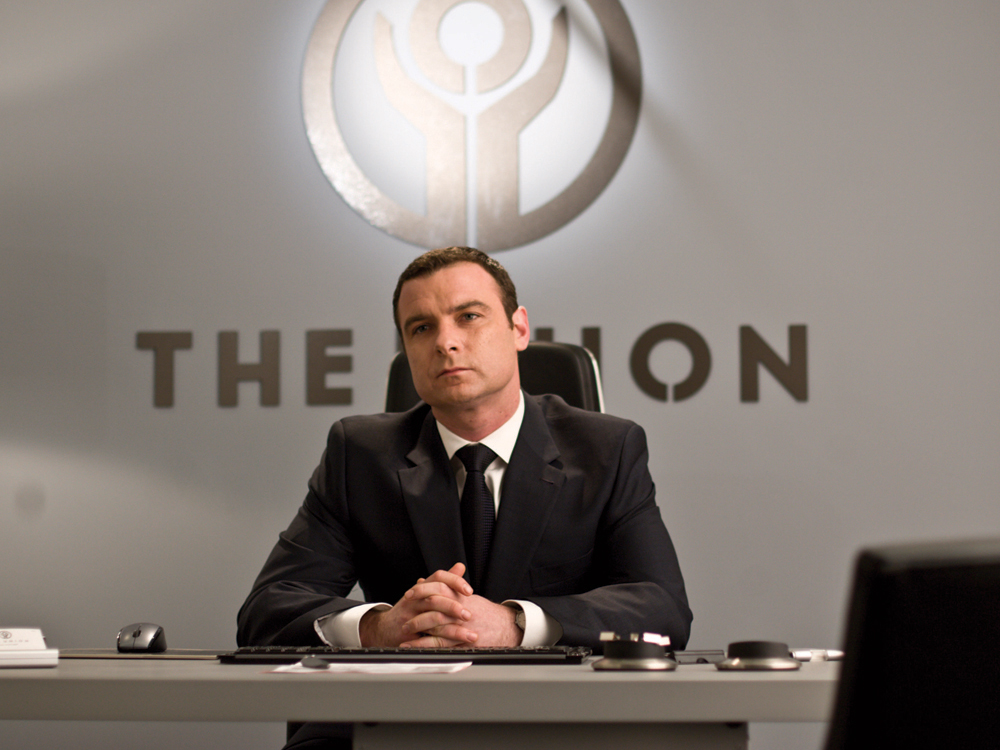 The Hard Sell: Liev Schreiber plays Frank, the smooth-talking manager of a company that markets replacement organs to the sick and the injured.

There is a talented pool of actors wasted here; most of them sleepwalk through a script by Eric Garcia and Garrett Lerner that reduces them to one-note caricatures. In fact, the film's best performance is little more than a cameo — a surprisingly touching turn from hip-hop impresario RZA, as a debt-ridden music producer who is delinquent on his artificial heart payments. But while his one scene opens the door for a larger role, the character disappears as quickly as he arrives. Almost any film can benefit from a little more RZA, but Repo Men fails to take full advantage of his presence.

Sapochnik, a veteran of motion-picture art departments, seems more interested in finding new and exciting ways for blood to seep, splatter and spurt than in telling a compelling story. He attempts to distract from the shortcomings by filling his movie with an endless string of tributes to better films, the iconic hallway fight scene in the ultraviolent Korean classic Oldboy and the shot of adrenaline to the heart from Pulp Fiction among them. But the overused homages and a tacked-on twist ending are just failed attempts to save Repo Men from its own shallow blood lust.