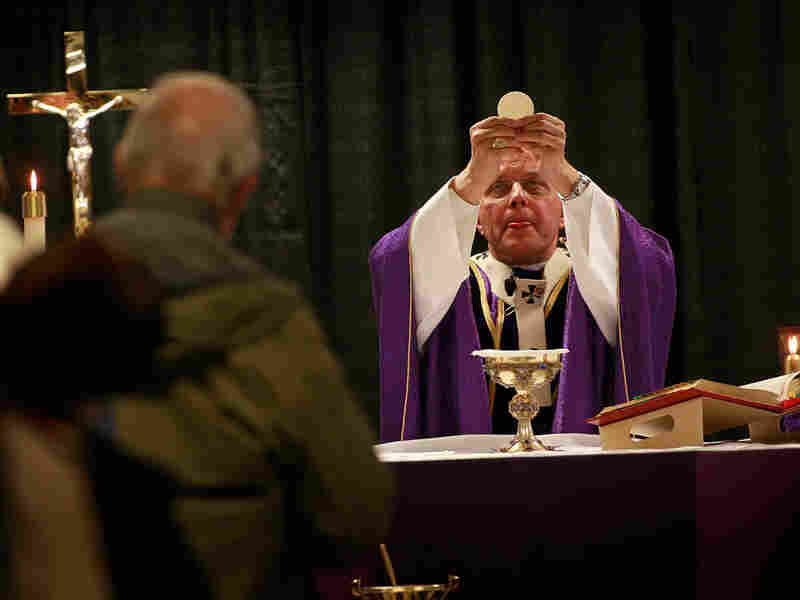 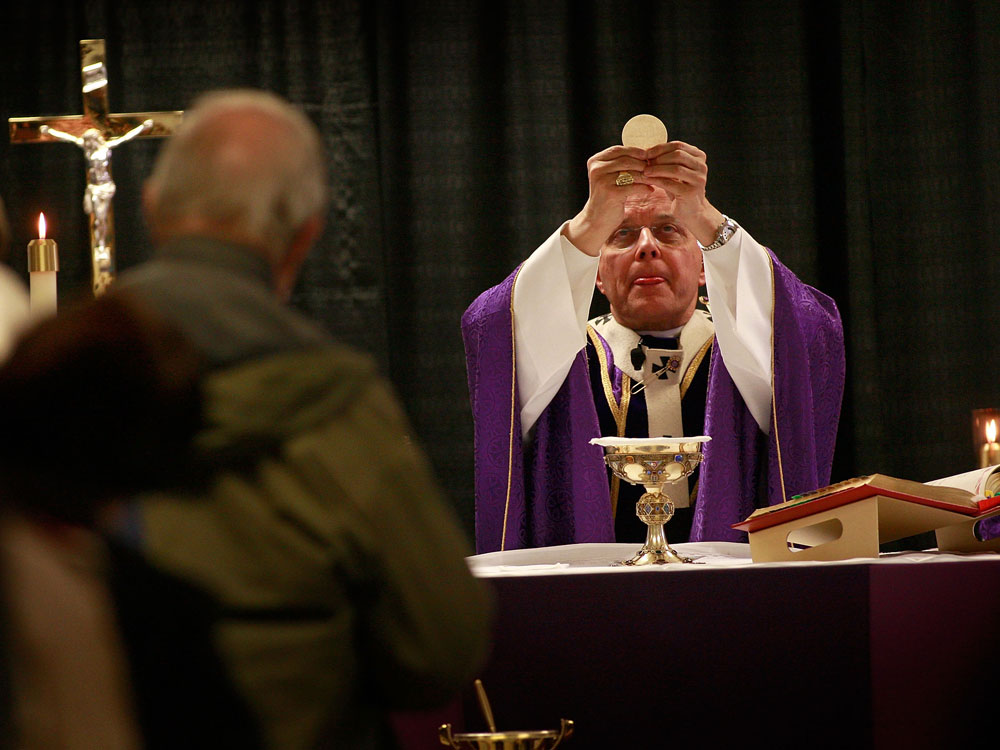 Chicago Cardinal Francis George is the president of the U.S. Conference of Catholics Bishops. The group says the health care bill could allow public funding of abortions.

Few people shape the minds of Catholic bishops on abortion more than Richard Doerflinger, their point man on anti-abortion issues. He's studied the House and Senate bills, and he's fine with the House bill. But he says the Senate version presents loopholes that could allow for federally funded abortions.

"This would be an enormous expansion of abortion funding that has not been seen in this country for 37 years," since abortions became legal after Roe v. Wade, he says.

In the past, the bishops have supported universal health care. But taking Doerflinger's lead, the U.S. Conference of Catholics Bishops is urging lawmakers not to vote for this year's bill.

Usually Catholic hospitals march in lock step with the bishops on abortion issues — but not this time. Sister Carol Keehan of the Catholic Health Association, which represents Catholic hospitals, is lobbying lawmakers to vote for the bill.

"I believe this bill is a good first step," she says, adding that the legislation would provide health care to more than 30 million poor people and ease costs for everyone else. As for abortion, she says her group did its own legal analysis, studied the analyses of other groups, talked to experts and found no loopholes. If there were any concerns, Keehan says, the administration put those to rest.

"We have the president, we have the speaker of the House, we have the leader of the Senate, and we have the secretary of HHS [Department of Health and Human Services] saying publicly, there will be no federal funding for abortion," she says.

But Doerflinger says that as much as the administration promises to prohibit such abortions, "they don't have the authority to do it."

Doerflinger points to the community health centers, which are run by Health and Human Services and provide health care to millions of low-income Americans. He says the administration may not intend federal money to go for abortions at these centers, but he says there is no language stopping it. In the past, federal courts have ruled that unless Congress explicitly prohibits it, federal money can be used to pay for abortions.

The issue has sparked a rare war between the bishops and other Catholic institutions. Now a group representing nearly 60,000 Catholic nuns is urging Congress to pass the bill — arguing that the bishops were making "false claims" about abortion.

David Gibson, author of two books on the Roman Catholic Church who has been following this intra-Catholic fight for Politics Daily, says most people who have looked closely at the legislation believe the bishops are worried about what could happen, not what's actually in the bill.

"So it really is, as someone called it, a lot of worst-case scenarioism," he says.

Gibson says it's significant that the Catholic Health Association broke with the bishops and supports the bill.

"The kind of endorsement and a reassurance from a group like the Catholic Health Association can really, I think, both change minds and give political cover to those who are on the fence," he says.

Already, at least a couple of anti-abortion Democrats have said they'll support the bill after Catholic hospitals endorsed it. But Gibson says that with a vote this close, who knows if that will make the difference.