Accessibility links
Scholar Says 'Lost' Shakespeare Play Is No Hoax Performed in 1727, Double Falsehood was purported to be a "lost" play by Shakespeare. Critics dismissed it as a fake, and it was quickly forgotten. But professor Brean Hammond says the "rattling good yarn" has Shakespearean roots. 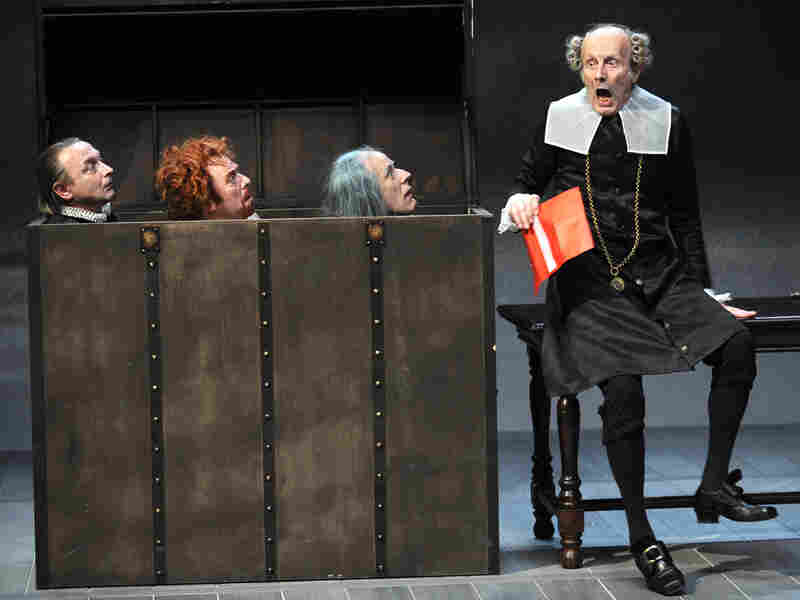 French actors on stage during a rehearsal of William Shakespeare's Twelfth Night last November at the Theatre de la Criee in Marseilles. British scholar Brean Hammond says he has linked a play to the Bard that was once dismissed as a fake. Anne-Christine Poujoulat/AFP/Getty Images hide caption 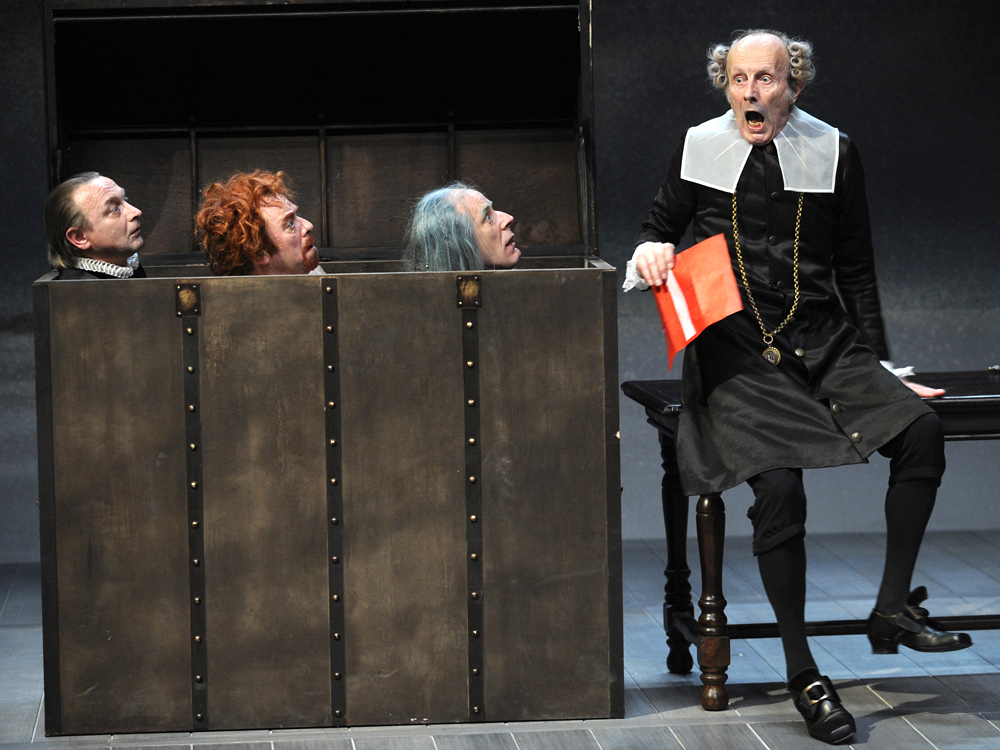 French actors on stage during a rehearsal of William Shakespeare's Twelfth Night last November at the Theatre de la Criee in Marseilles. British scholar Brean Hammond says he has linked a play to the Bard that was once dismissed as a fake.

'It's not Shakespeare'
See Theobald's Version At Google Books

In 1727, Lewis Theobald staged a performance of Double Falsehood, a play he claimed was a "lost" work by William Shakespeare. At the time — more than 100 years after Shakespeare's death — critics dismissed the play as a fake, and it was quickly forgotten.

It was forgotten, that is, until this week — when Shakespeare publisher Arden Shakespeare once again put the play back into print. The publisher did so based on the evidence and research of literature professor Brean Hammond of the University of Nottingham in England.

The play is a story of love and betrayal, a dark comedy in which one man wants to steal his best friend's fiancee. Its alternate title is The Distrest Lovers.

Hammond told NPR's Renee Montagne that he has linked the play to another that Shakespeare helped to write around 1613. "Shakespeare is known to have collaborated with John Fletcher in writing a play called The History of Cardenio, or some variant of that title," he said.

The play was performed but disappeared from the record. Hammond believes that Theobald's Double Falsehood was a "heavy revision" of the play, with a new title.

Asked to recite a bit of the play, Hammond offered lines written for the character Julio — the lover who is in his best friend's sights — who says as he prepares to meet his betrothed:

I do not see that fervour in the maid,
Which youth and love should kindle. She consents,
As t'were to feed without an appetite.
Tells me, she is content, and plays the coy one
Like those that subtly make their words their ward,
Keeping address at distance.

In the manuscript, those lines continue:

...This affection
Is such a feign'd one as will break untouch'd;
Die frosty ere it can be thaw'd; while mine,
Like to a clime beneath Hyperion's eye,
Burns with one constant heat. I'll straight go to her,
Pray her to regard my honour — But she greets me --

"That might be the kind of speech that I think has the genuine Shakespearean depth to it," Hammond said.

The play is available from the publisher's Web site. And Hammond says he would enjoy seeing it performed on stage.

"It's a rattling good yarn," he said.