Accessibility links
Puerto Rican Birth Certificates Will Be Null And Void Puerto Rico is requiring all native-born citizens to get new birth certificates to prevent fraudulent applications for U.S. passports and social programs. Among many Puerto Ricans, however, there's confusion and resentment. 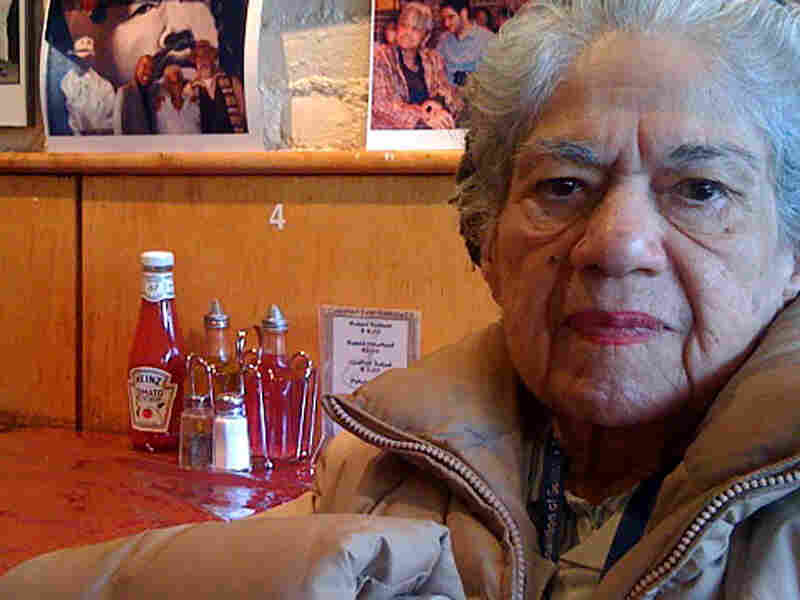 At a New York cafe, 82-year-old Antonia Andujar says she likes her Puerto Rican birth certificate and has no intention of getting a new one. Marianne McCune for NPR hide caption 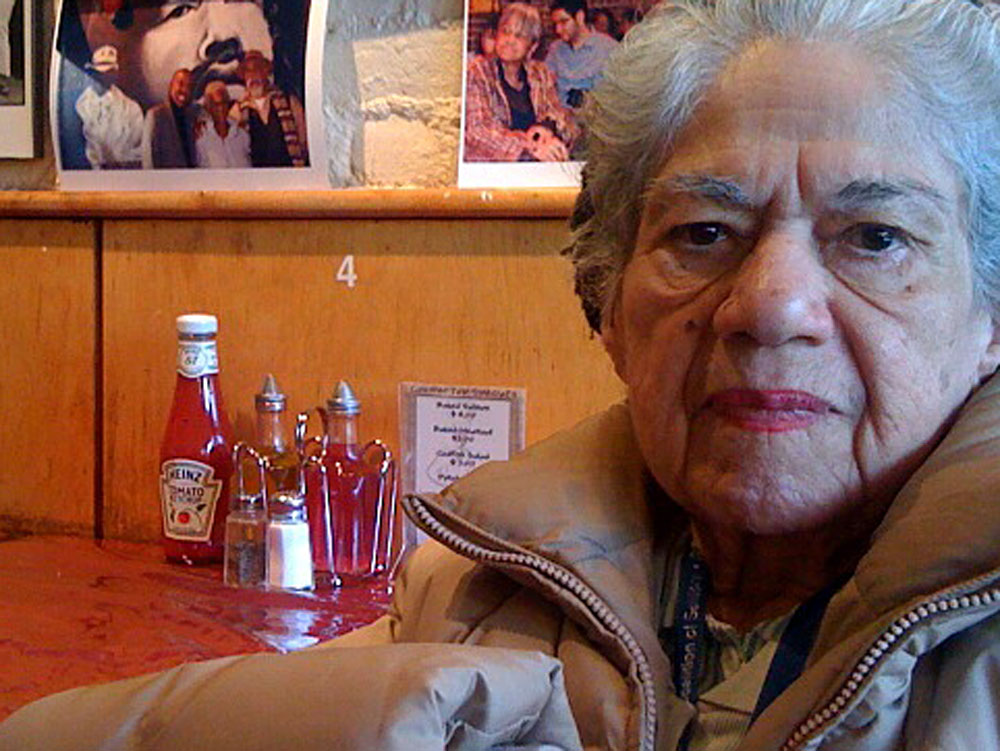 At a New York cafe, 82-year-old Antonia Andujar says she likes her Puerto Rican birth certificate and has no intention of getting a new one.

So the Puerto Rican government is requiring everyone born on the island to apply for new ones. Among many Puerto Ricans, there's confusion and resentment over the measure.

Edwin Pastrana is a retired cop in New York with a big screen TV, a tank full of tropical fish and a cat he's trying to keep off the couch. Though he was born on the mainland, he's been handing out new birth certificate applications to all the Puerto Rican-born members of his family. He says the Puerto Rican government is right to get rid of the current ones.

It's best to take care of the problem before it balloons, Pastrana says. But he says most everyone else he talks to is irritated, suspicious or confused.

In the apartment downstairs, Pastrana's mother-in-law and sister-in-law, Alicia and Juana Torres, review what they're supposed to do. Alicia Torres, 86, worries she needs to unearth her old birth certificate. Then she reads on the application that, no, she can just send a copy of a valid photo ID.

They'll both do it, they say. But this does not strike Juana Torres as something that will prevent fraud.

"Money buys everything," she says. "Anyone will do anything for money."

So this initiative won't keep all birth certificates off the black market, says Puerto Rico's Secretary of State Kenneth McClintock.

A Different System In Puerto Rico

McClintock explains that in the 50 states, when parents are asked for their child's birth certificate as proof of age or identity, they make a copy. In Puerto Rico, people have been handing over the actual government-issued document. Some parents end up getting a dozen birth certificates to leave with different agencies.

So schools, for example, or even soccer coaches and ballet teachers, keep files of students' birth certificates, he says. And with so many of them out there, some certificates find their way into the wrong hands.

If a woman dies, and in going through her things, her family throws away a box of files including birth certificates, the family has exposed those certificates to misuse, McClintock says.

Cesar Perales of the civil rights group Latino Justice says his concern with the whole initiative is that suddenly all Puerto Rican birth certificates appear suspicious. He says stateside Puerto Ricans already have trouble convincing people that their documents are as good as any other American's.

"Just a couple of years ago, the state of New Hampshire decided that people with Puerto Rican passports would be treated like foreigners and had to go to a special office in order to be able to get a driver's license," Perales says.

With this new law, people applying for driver's licenses in other states have already reported having their birth certificates rejected, he says.

"A declaration by the very government of Puerto Rico that birth certificates issued by that government really ought to be suspect — that makes it that much more difficult for people in this country who spent a lot of time proving that they are native-born citizens," Perales says.

Some people are simply attached to their old birth certificates. Sipping a cup of sweet coffee in a local cafe, 82-year-old Antonia Andujar says there's no way she will apply for a new certificate.

She's also under the impression that she has to send back the old document to get the new one.

For this initiative to work, there's a lot of educating to do. Puerto Rico's government plans to launch a public information campaign in April.