Accessibility links
First Listen: Kronos Quartet's Central Asian 'Rainbow' The Kronos Quartet's latest cross-cultural exploration finds the band collaborating with master musicians from Afghanistan and Azerbaijan. Hear a myriad of fascinating Central Asian sounds on Rainbow, in its entirety, a week prior to its release.

Audio for this feature is no longer available. The album was released on Mar. 30, 2010. 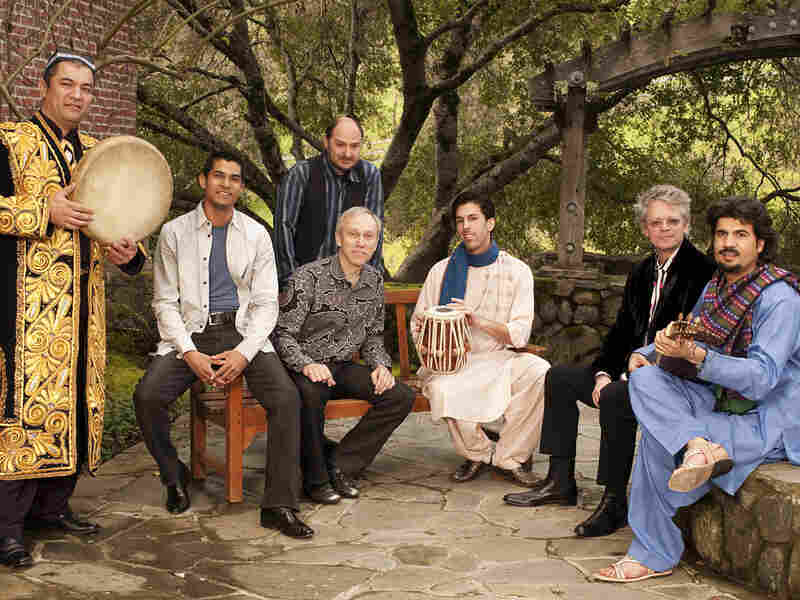 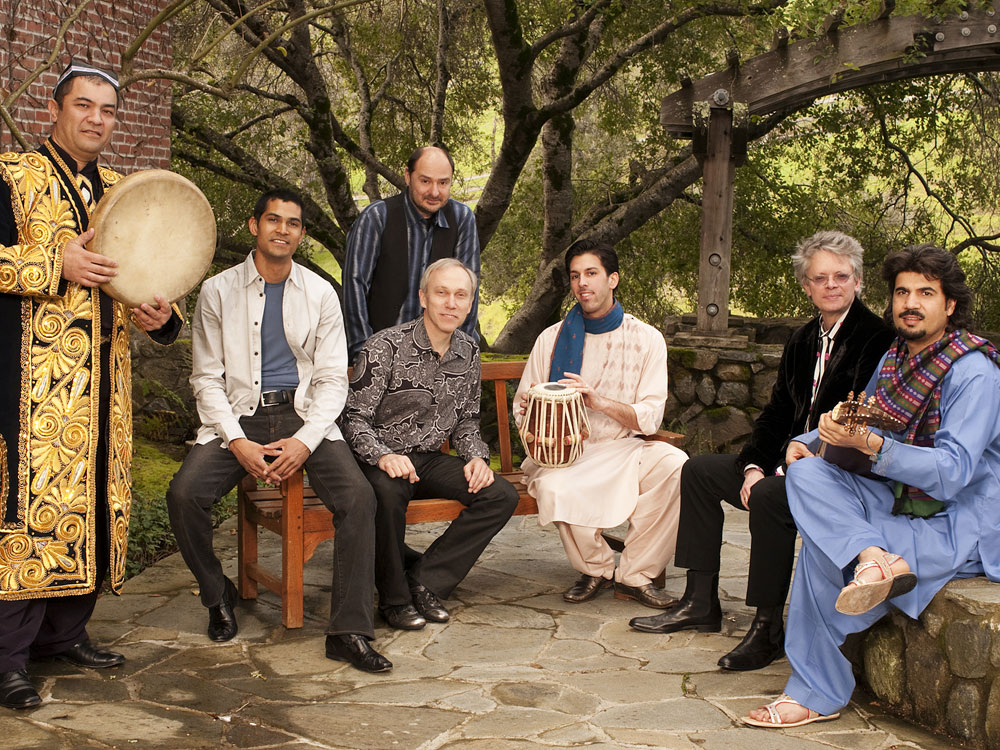 The sharing of ideas and art is a centuries-old practice for the people of Central Asia. And it's a more than 30-year-old practice for members of the Kronos Quartet, whose music-making knows no international boundaries. They routinely team up with musicians from Mongolia to Mexico, Armenia to Argentina, and have long-running partnerships with many of today's leading classical composers.

Kronos' latest cross-cultural exploration finds the band in collaboration with master musicians from Afghanistan and Azerbaijan. This new CD, released March 29, is officially titled Music of Central Asia Vol. 8: Kronos Quartet with Alim & Fragana Qasimov and Homayun Sakhi. It's a part of a larger, and noble initiative to highlight musical traditions in regions where they are endangered.

The music here represents both the new and the old. The title track, "Rangin Kaman" — "Rainbow" in Persian — was written by Homayun Sakhi especially for this project. Think of it as a half-hour concerto for Sakhi's own instrument, the Afghan lute, plus string quartet and percussion. Sakhi said color was important to him in this composition. "I piece together different colors," he said, "as a way of expressing hope for peace and harmony among different peoples and nations."

The remaining five tunes are arrangements of mid 20th-century popular Azerbaijani songs, sung by the amazing father-daughter duo of Alim and Fragana Qasimov, along with their ensemble of folk musicians

The Azerbaijani art of improvisation is very much alive in these songs, from the galloping rhythms of "Kohlen Atim" ("My Spirited Horse") to the unbridled ululations of the lovesick lament, "Getme Getme" ("Don't Go Away").

Be forewarned, this new disc does not always make for restful listening. In fact, I'd advise against operating any type of heavy machinery while the Qasimov's are singing. The intensity of their voices reaches such a fevered pitch that it saps every ounce of concentration. But it's a hazard I think you will end up welcoming, wholeheartedly.