Accessibility links
With Health Bill Unveiled, House Digs For Votes Democrats unveiled what they hope will be the final version of their health care overhaul bill after days of closed-door meetings, setting the stage for a showdown vote in the House on Sunday. With his top domestic priority hanging in the balance, President Obama again postponed an overseas trip that has already been pushed back once. 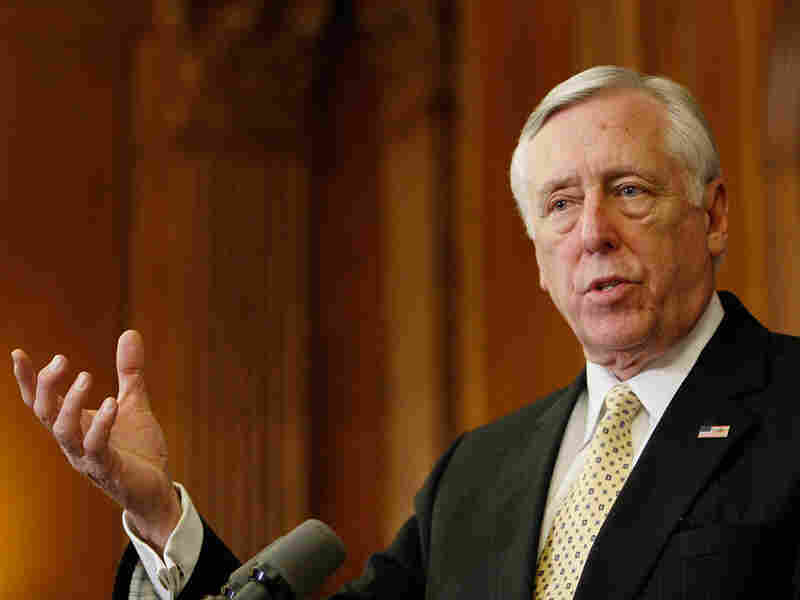 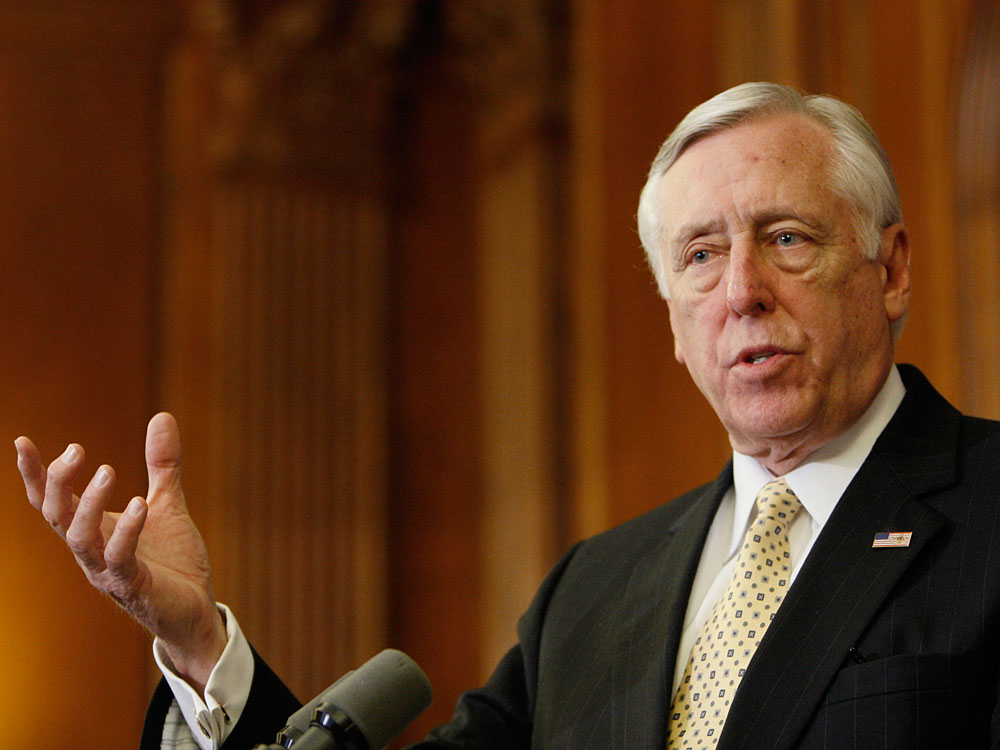 Propelled by a strong deficit-reduction estimate by the Congressional Budget Office, House Democrats are pressing ahead toward a showdown vote this weekend on what they hope will be the final version of a health overhaul package.

Meanwhile, President Obama has decided to scrap his trip to the Pacific and stick around, at least for now, to shepherd his top domestic priority through the House and, possibly, the Senate next week.

"Our international alliances are critical to America's security and economic progress, but passage of health insurance reform is of paramount importance, and the president is determined to see this battle through," White House press secretary Robert Gibbs told reporters.

Back at the other end of Pennsylvania Avenue, Democrats were celebrating the news from the CBO. It showed the changes they have been working on for weeks would actually result in even bigger savings than the health bill passed by the Senate in December.

Clearly House Democratic leaders are hoping the news on the bill's costs will help win over those last few votes they've so far not been able to round up. But just in case not, they brought to their news conference some actual constituents.

One was Ed Morris, who owns a fitness center in Franklin, N.C. He says over the past several years his health insurance premiums have tripled. He said the new bill could help him get less expensive insurance. "So I'm here as a small-business owner to urge my congressman, Heath Shuler, and really all the members of Congress, both Democrats and Republicans, to do the right thing."

So far, Shuler, a conservative Democrat, has been in the "no" column on the bill. So, for that matter, have been all the Republicans in both the House and the Senate.

And that doesn't seem about to change, to listen to their rhetoric. "Republicans in the House and Senate have worked closely together over the last year, and we're going to continue to work closely together and to do everything that we can do to make sure that this bill never, ever, ever passes," said House Minority Leader John Boehner.

House Speaker Nancy Pelosi all but conceded that she doesn't yet have the 216 votes she needs. In part, she blamed Republican scare tactics. She said the reluctance of members to vote for the health bill "does show the impact of a campaign of misrepresentation, of fear that is going out there. There is no limit to what the other side will do to protect the insurance companies."

Changes To The Bill

But it doesn't help that the House actually has to pass two separate bills to get the overhaul through. One is the bill the Senate passed on Christmas Eve. Then there's the new bill, the so-called budget reconciliation bill, which will make the changes House Democrats want.

For example, said Pelosi, "We did not believe the Senate bill had enough on affordability; so there's more affordability for the middle class in the reconciliation package that will pass." In other words, there are larger subsidies for people with middle incomes who will be required to purchase insurance.

House Democrats also didn't like the Senate's excise tax on generous insurance plans, the so-called Cadillac tax. That's been scaled back, too, says Pelosi. "The higher end of that is left in the plan; I call it the platinum Rolls-Royce piece of it."

For people on Medicare, there will be more help with prescription drug costs — closing the so-called doughnut hole gap in current drug insurance plans. But working people will pay more for Medicare; at least well-off working people. The bill would extend the Medicare tax to unearned income for those earning more than $200,000 a year.

But there are some changes the bill does not make. For example, it does not include Obama's proposed board to oversee insurance rate increases. That apparently would not be allowed under the constrained rules governing budget bills.

Assuming the House does pass the bills on Sunday the first bill, the Senate-passed bill will go directly to the president for his signature. The second measure, the budget bill, must go to the Senate. Lawmakers there plans to spend next week debating it. 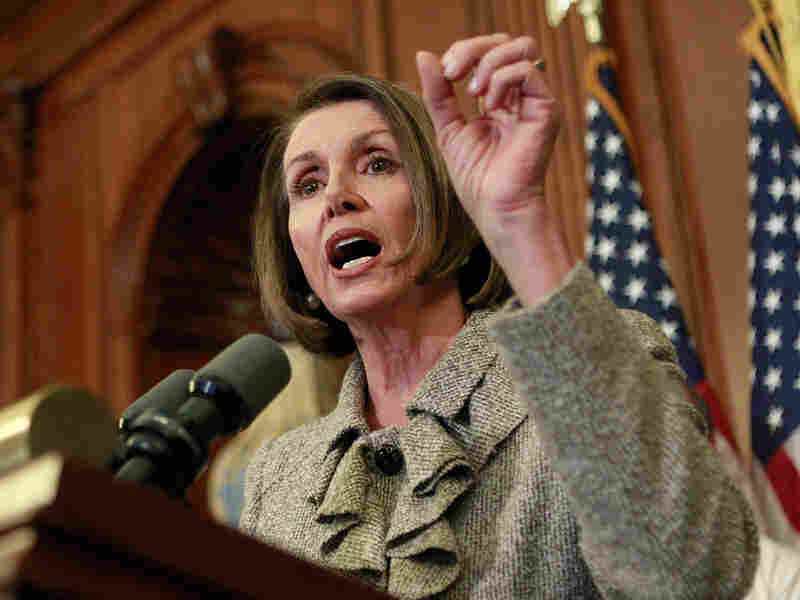 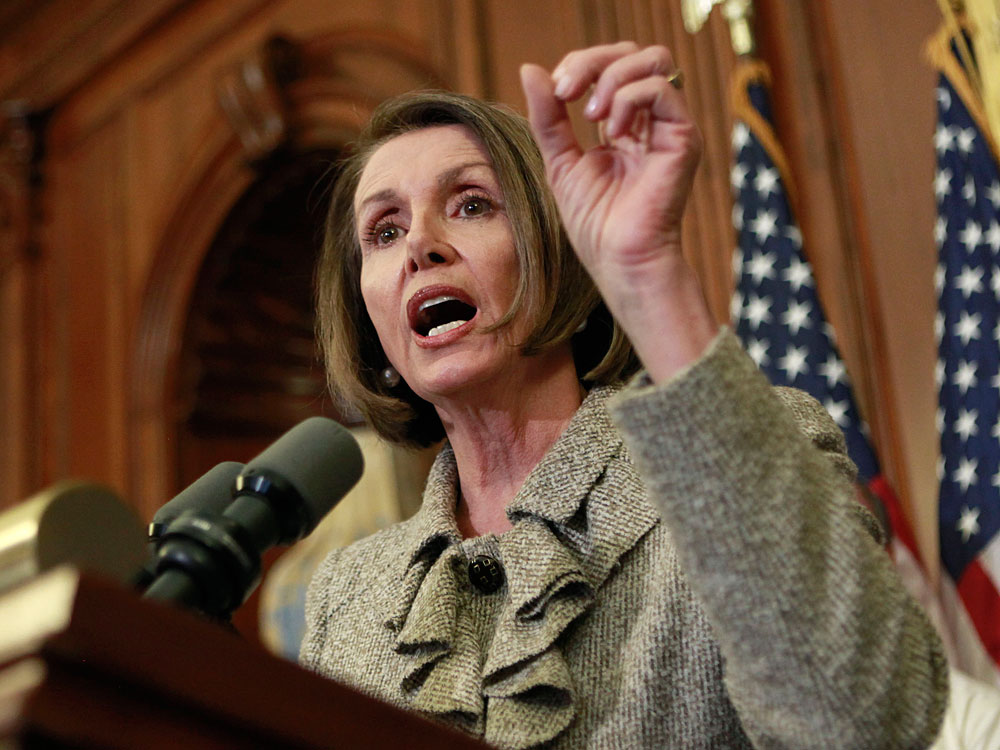 House Democrats touted a "better than expected" Congressional Budget Office estimate Thursday that calculated their health care bill would cut the federal deficit by $138 billion over 10 years and by more than $1 trillion the following decade.

The sweeping legislation is on track for a possible vote Sunday, which would allow time for the new figures to be incorporated and for Democrats to keep a promise to post the final legislation online for 72 hours before a vote.

The nonpartisan CBO report put the overall price tag at $940 billion over the first decade. The bill would provide coverage to 32 million people currently uninsured, largely through reduced Medicaid payments to insurance companies and new taxes. An unrelated restructuring of federal student loans tucked into the bill would account for $26 billion in savings, according to the CBO figures.

The CBO report also revised cost estimates for the Senate version of the bill at $875 billion over the first decade — up from $829 billion. The administration has pledged to keep overhaul costs under $1 trillion.

House Speaker Nancy Pelosi said insurance companies had made "a fortune off the misfortunes of the American people." She said there was "no limit" to what Republicans would do to kill the bill, which she characterized as a historic piece of legislation.

President Obama on Thursday called the health care overhaul the "most significant effort to reduce the deficit since the Balanced Budget Act of the 1990s." White House spokesman Robert Gibbs said Obama has postponed his trip to Asia until June in anticipation of the possible weekend vote.

"We did not want on 10 o'clock on Sunday morning to make a call to the Indonesians and Australians and say, 'I know we were going to be there in a matter of hours, but we're not going to be there,'" Gibbs told reporters at the White House.

Several Democratic leaders, choosing to emphasize the greater savings over the higher cost contained in the latest estimate, said the CBO figures would help secure the 216 votes needed for the bill to win passage in the House.

"I think a lot of the undecided members are people who care a lot about the deficit," Waxman told reporters on Capitol Hill. "I think this will go a long way to get their support."

Those who might be swayed by the CBO estimate include Rep. John Boccieri (D-OH), a so-called Blue Dog Democrat with more conservative leanings than the party mainstream. Boccieri had said he wanted to see the impact on the deficit before making a final decision.

But Republicans were having none of it Thursday.

"It's time to scrap this bill," said Minority Leader John Boehner (R-OH). He said Democrats were single-minded in their determination to "ram, ram, ram, this bill," adding that Republicans would do everything in their power to "make sure this bill does not pass."

If the overhaul does pass, it would hand President Obama a long-sought legislative victory on his top domestic priority of making health coverage affordable for more Americans.

The bill represents a restructuring of the health care industry not seen since Medicare was created more than four decades ago. Advocates say the sweeping expansion will widen the risk pool for insurers and bring down costs for everyone. Critics call it a costly boondoggle that will send the deficit soaring and reduce the medical choices insured Americans now enjoy.

Under the bill, Medicare cuts would force hospitals to operate more efficiently or risk going out of business, insurance companies would face new federal regulations, and the health care industry would be hit by new taxes.

As Democrats push closer to a final vote, on Wednesday they picked up a reluctant endorsement from Rep. Dennis Kucinich (D-OH), who had been vocal in his opposition to the bill because it didn't include the universal, government-provided health coverage known as "single-payer."

While some of the overhaul's provisions would take effect within months of its passage, the big expansion of coverage wouldn't happen until 2014, when new health insurance marketplaces open for business.