Accessibility links
Two States, Wildly Different Pension Systems Both Kansas and Nebraska are big, windy farm states known for fiscal conservatism. But Kansas has one of the most underfunded pension systems in the country, while Nebraska has managed its fund quite well. How did these two states wind up in such different places? 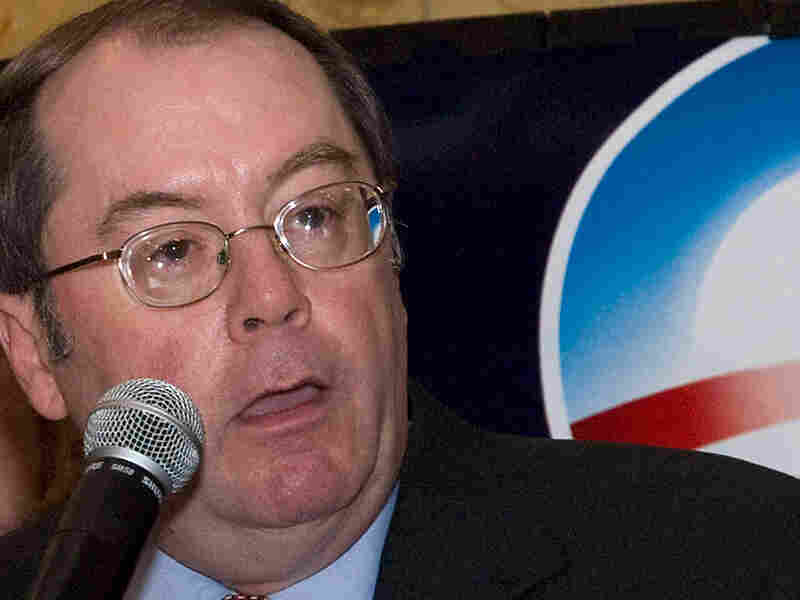 "I mean, it's been years and years of neglect," says Kansas Senate Minority Leader Anthony Hensley, pictured here in 2008. "Now [we] have an unfunded liability that makes our system, according to this new Pew report, the second-worst in the country." Chuck France/AP hide caption 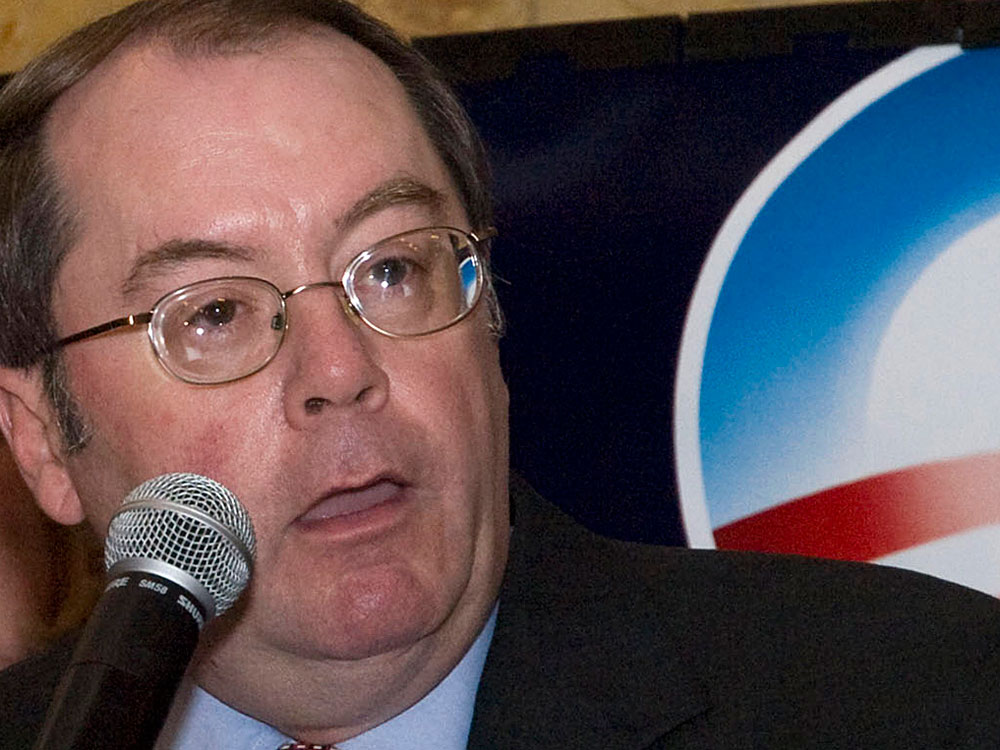 "I mean, it's been years and years of neglect," says Kansas Senate Minority Leader Anthony Hensley, pictured here in 2008. "Now [we] have an unfunded liability that makes our system, according to this new Pew report, the second-worst in the country."

Kansas and Nebraska are quite a bit alike: big, windy farm states, proud of their flinty pioneer heritage. But when it comes to the way they approach state pension funds, Nebraska's from Venus and Kansas is from Mars.

Nebraska has its pension funds in tiptop condition, while the fund in Kansas is in terrible shape.

The Traditional Pension — And Its Shortfalls

Lots of people don't have a retirement plan, but among those who do, there are two basic types: the 401(k) and the traditional pension plan. The traditional pension has just about disappeared from the private sector, but it's still quite common for government workers like police, firefighters and teachers. And it can be a pretty good deal.

"We are living right now on the same amount of money that we were living on when I was teaching full time," says Clifford Manning, who retired five years ago at age 59.

He adds, chuckling, "And when I get Social Security, I'll actually get a raise."

Manning was a high school band teacher in Topeka, Kan., with full benefits from the state retirement system. Manning still works a bit, but there's a packed suitcase by the door. He and his wife do lots of traveling.

"My wife and I decide we want to go do something or take a vacation, we can just go do it," he says. "But at the rate Kansas taxpayers and state workers are contributing to the pension fund, the state can't sustain this kind of pension indefinitely."

Anthony Hensley, a Democrat and the Kansas Senate Minority Leader, says the chickens have come home to roost. He cites a Pew report that was released last month that analyzes state pension funds.

"I mean, it's been years and years of neglect," Hensley says. "Now [we] have an unfunded liability that makes our system, according to this new Pew report, the second-worst in the country."

The Problem With Kansas

At the beginning of last year, the pension fund was more than $8 billion in the hole, less than 60 percent funded and losing ground.

"I don't know. I'm a native Kansan, and it is a little surprising," says Glenn Deck, who runs the pension fund from his office in downtown Topeka.

He says the benefits Kansas gives are relatively low, so that's not the problem. Deck says a bit of bad advice set up the mess in Kansas. When the state raised benefits in the early '90s, an actuary told lawmakers that investment income would cover most of the difference.

"It was reliant too much on great investment returns during that time, and the belief that things would continue to go up. And the world changed," Deck says.

The stock market tumbled, and didn't fully recover. Most stocks are lower now than they were a decade ago. Gradually, the state began to raise contributions. Then it cut benefits sharply. New hires now have to work longer and contribute more before drawing pensions.

It's not enough. The fund is still deteriorating. But since pensioners keep getting their checks, Kansas Senate President Stephen Morris says it's hard to get his colleagues to pay attention.

"Well, it's difficult. Sometimes you see eyes rolling and people looking away, and it's like, 'Why do we have to do this?' But we do," he says.

Sickly pension systems do not right themselves; they snowball. Pension liabilities mount, relentlessly. But it doesn't have to be this way.

Down The Road Is A Different Story

"Nebraska has had this tradition of consistently looking at the plans — trying to take action as needed — instead of waiting and kicking the can down the road until it's a full-blown crisis," he says.

It's more than a tradition — it's state law. Unlike their colleagues in Kansas, Nebraska lawmakers are required to keep the pension funds flush.

That makes Phyllis Chambers' job easier. She runs the pension system. Her actuaries calculate the amount the state can expect to pay out in pensions. They balance that number against contributions made by workers and the state, plus investment income. If there's a shortfall, Chambers simply hands lawmakers the bill.

Another difference is that Nebraska's pension fund is much smaller; there are fewer workers to cover. Most of them are on a 401(k)-type system, with the state more than matching worker contributions. It's almost impossible for the state to end up with big pension liabilities. Judges, highway patrol officers and teachers have traditional pension plans, and, as you might expect, they sound pretty happy.

"All indications are to me that we're protected and everything's going to work out really well for us," says Robin Stevens, a school superintendent, who attended a recent retirement seminar in Omaha.

Stevens says he's heard about the trouble with the Kansas pension fund, and he thinks it might be making it easier for him to recruit new teachers.

"When we have openings in Nebraska, it seems like we're getting more Kansas applicants," he says.

Stories like this and various studies have turned up pressure on Kansas to fix its pension fund. It's not going to be easy.

Kansas Senate President Morris wants big increases in workers' mandatory contributions to the fund, and in the amount the state is putting in. But the state already faces an enormous budget shortfall, so it's hard to imagine where the money would come from.

There's also talk of phasing out the traditional pension fund and moving to a 401(k)-type system, more like Nebraska's.