Accessibility links
Warding Off Muscle Cramps As We Age As we get older, our muscles get weaker and the nerves undergo some decay. This makes us more prone to muscle cramps. Despite a good deal of study, there's not an easy treatment for the issue — but some tried-and-true prevention techniques seem to help.

Listen
Warding Off Muscle Cramps As We Age 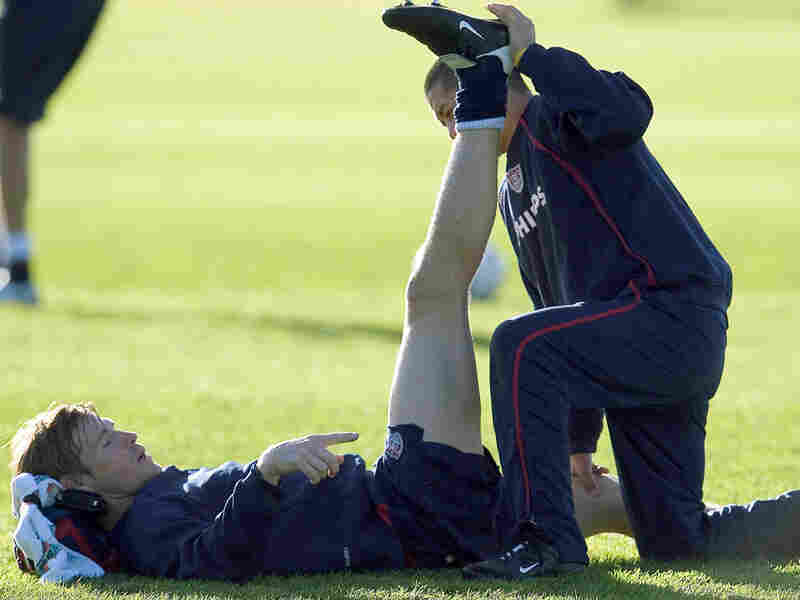 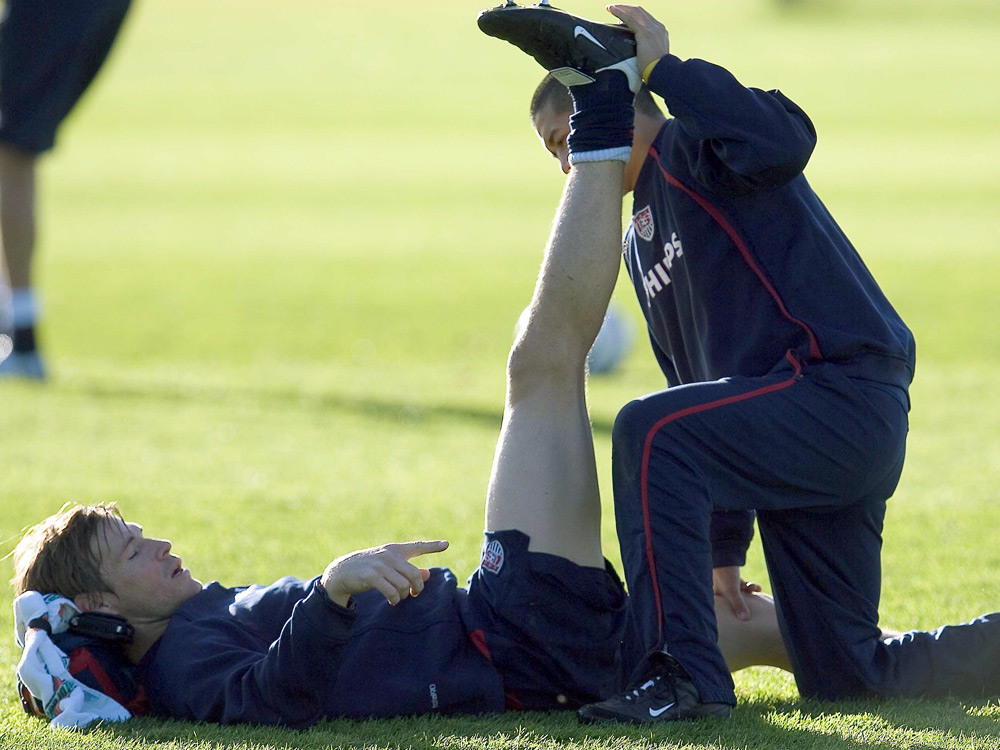 If you're over 65, you probably know what a "charley horse" is. You may have gotten them during strenuous exercise as a younger person. But in older age, muscle cramps can be unlike any you've ever had before. That's because like so many other things in our bodies, our muscles and nerves wear out and function less effectively as we age.

"A cramp is a sudden painful contraction of a muscle that becomes rock hard," says Dr. Robert Miller, a neurologist who specializes in muscle cramps at the California Pacific Medical Center and teaches at University of California, San Francisco. "The muscle goes into a spasm and squeezes all the little nerve endings inside the muscle, and creates pain, and definitely ... gets your attention until you do something about it."

For Ken Holladay, 71, his muscle cramps started off mild and irregular. At first, he got them once every few weeks, but then they started to get more frequent. Eventually, they occurred every single night — often twice, between 2 a.m. and 6 a.m. It was a painful version of a charley horse, only it was in his feet and toes: "The big toe was at 90 degrees to the bottom of the foot; put your foot on the floor, and this big toe would be pointing straight up toward the ceiling; and I don't believe you can voluntarily pull a big toe that high." 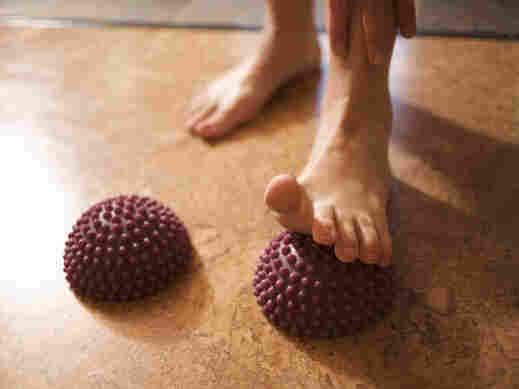 But as it turns out, your muscles can, all on their own. Holladay says that one time his toe actually curled down, "and I leapt out of bed to try and get rid of the pain and landed on that toe and broke the toe, broke the bone underneath that big toe, broke the toenail off." It was terrible, he says.

And since the cramps typically occurred twice every night, it was impossible to get a good night's sleep or feel well-rested during the day. But that's not what drove Holladay to seek treatment. What really scared him, he says, was the possibility that, as he got older, he might become bedridden due to disease or injury. If that happened, Holladay says, he wouldn't be able to get out of bed and walk, stretch and flex his muscles. He would just have to lie there, in terrible pain.

It was too scary a thought.

So, Holladay went searching for help and treatment. First his doctor had to determine whether the spasms were an indicator of any other muscle or nerve degenerative disease, like ALS. With that established, Holladay tried a number of potential treatments: acupuncture, and then prescription quinine, which has since been taken off the market as a treatment for muscle cramps due to concerns about side effects. Neither one worked.

Finally he drove over an hour to see Dr. Yuen So, director of the neurology clinic at Stanford University. As it turned out, So and colleagues had just finished an evidence-based review of treatments for muscle cramps. Unfortunately, they turned up little. There were hundreds of studies but no conclusive or compelling evidence that any particular treatment would work for all or even most patients.

Dr. Hans Katzberg headed the review. Katzberg says some treatments held promise, including a certain type of calcium channel blocker used to treat blood pressure, as well as Vitamin B complex. Even with them, however, results were not convincing. "We were surprised to find out how little is documented in the treatment of cramps," says So. "A lot we do in medicine is based on anecdotal experience, and in this case, a lot of the treatments we use fall into the unproven category."

For Holladay, So ended up prescribing an anti-seizure medication. The meds worked.

"After a week or two, no cramps. After a month or two, no cramps," Holladay says. It was miraculous, he says, and he can't speak highly enough of the neurology department at Stanford or of Dr. So.

Even though things eventually worked out for Holladay, that's not the case for many patients who suffer severe nighttime muscle cramps. According to UCSF neurologist Miller, older people are at greater risk for cramps simply because of their age. Nerves control muscles, and nerves just wear out.

"As we age, there are changes in both nerves and muscles. Muscles get more weak and small. And nerves undergo some decay, with the tissue becoming thin. And when that happens, the connections that the nerves make to the muscle become less secure."

And cramps occur at the place where nerves meet muscle, says Miller. When the brain sends the signal for the muscle to move, "the signal does have to cross through tiny nerve twigs, or nerve terminals." Excessive signaling, excessive irritability — which may result from thinning and weakened nerves — seems to be the generator for cramping.

At 68, Miller is a candidate for cramps himself. But he keeps them at bay, he says, by eating a banana a day and drinking lots of water. The banana provides electrolytes with its magnesium, potassium and calcium. The water provides fluid. Fluid and electrolytes, says Miller, while not proved to decrease muscle cramps, do seem to help by keeping nerve pathways healthy.

And Miller also benefits from stretching, doing weekly yoga and daily bike riding. Every day, he traverses San Francisco's hills for a total of two hours back and forth to work, "stretching my calf muscles and hamstring muscles by standing up on the pedals and stretching first one and then the other." Stretching is a tried-and-true cure for muscle cramps by pretty much any sufferer's description, says Miller, despite the lack of scientific evidence.