Accessibility links
Haiti Quake 'Orphans' Reunited With Parents All of the 33 children that U.S. missionaries tried to take out of Haiti after the deadly January earthquake have been returned to their parents. But at least one mother says that she would consider giving up her children for a better life elsewhere than subject them to the desperate living conditions in Haiti. 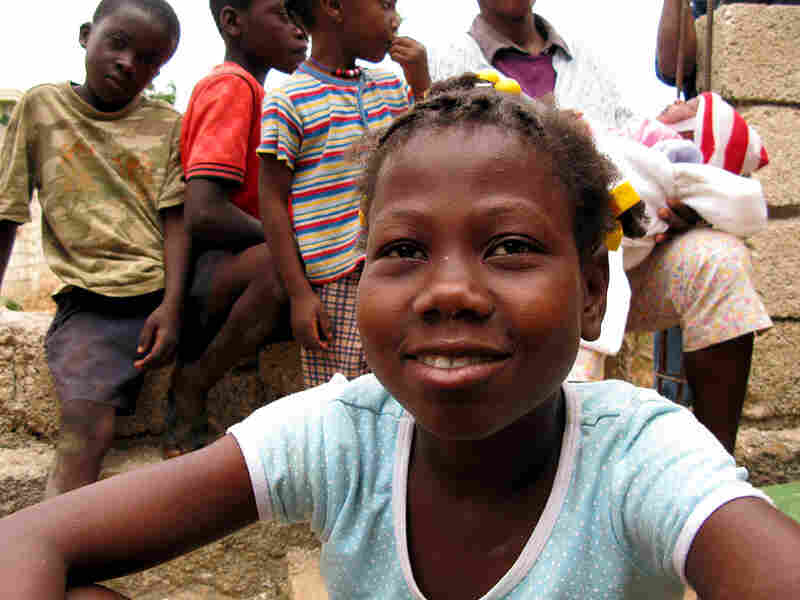 Berlyne Chery, 13, after being returned to her village of Calebasse, Haiti. She was one of the 33 children taken by a group of U.S. missionaries after the earthquake in January. The missionaries claimed the children were orphans, but they all have living parents. Jason Beaubien/NPR hide caption 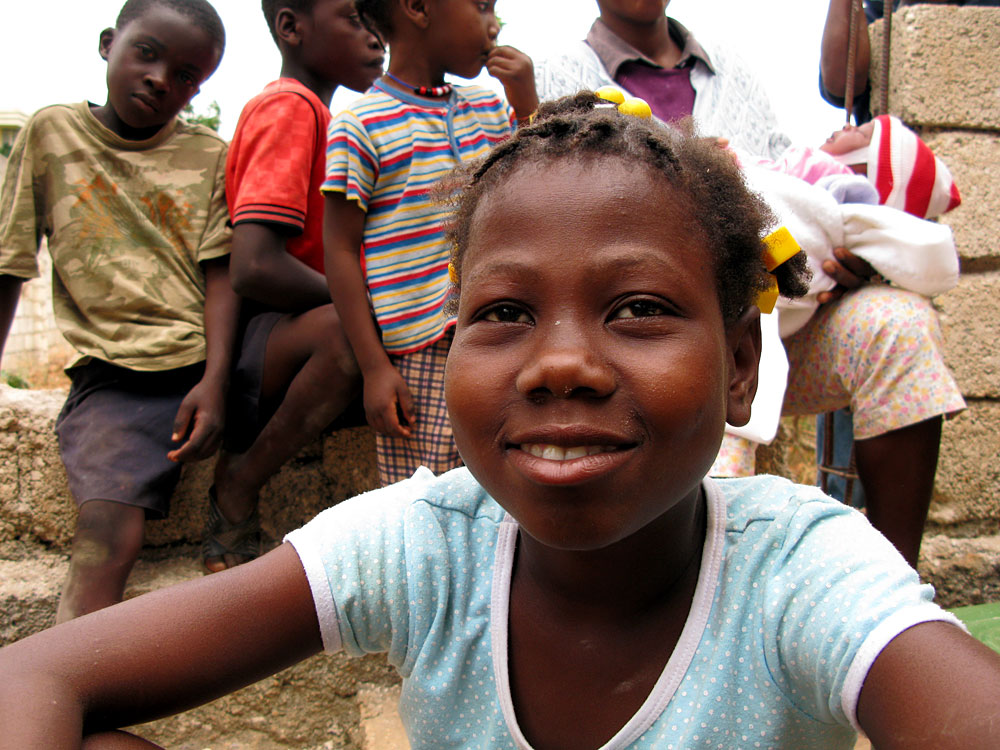 Berlyne Chery, 13, after being returned to her village of Calebasse, Haiti. She was one of the 33 children taken by a group of U.S. missionaries after the earthquake in January. The missionaries claimed the children were orphans, but they all have living parents.

In January, an American missionary group traveled to Haiti to rescue children following the devastating earthquake. Haitian officials arrested them for taking 33 children, who ranged in age from 4 months to 13 years.

It turns out that none of the children were actually orphans. All have now been reunited with their parents.

In the village of Calebasse, set in the mountains about an hour's drive from Port-au-Prince, subsistence farmers scrape out a living on the rocky, steep hillsides. A barely passable dirt road leads to Calebasse, and narrow footpaths branch off to small cement houses.

It was from this remote village that the missionaries collected 23 of the 33 children. The children were on a bus with the Americans headed for the Dominican Republic when Haitian authorities stopped them on Jan. 29 and discovered the missionaries had no paperwork.

Mannette Rico sent her only two children, 4-year-old Saraya and 5-year-old Leila, with the Americans.

"We decided to give our kids away because, as you can see, this is my father-in-law's house. It collapsed, but mine is behind, it collapsed, too," Rico said.

Rico says in the chaotic days after the quake, she and her husband didn't know how they were going to survive, make a living and rebuild their simple cinder-block house. So when the missionaries came promising to take her little girls to a school in the Dominican Republic — free — she sent her daughters with them.

Rico says the missionaries promised that she could come visit her girls whenever she wanted.

The missionaries originally told authorities that the children were earthquake orphans. Nine of the 10 missionaries have been released. The group's leader, Laura Silsby, of Boise, Idaho, is still being held in Haiti on charges of child abduction.

Rico, sitting in front of the half-collapsed building where she is living, says she now regrets sending her girls with the group.

She and other parents in Calebasse who entrusted their kids to the missionaries say that life was incredibly difficult in the days after the Jan. 12 quake, which killed more than 200,000 people.

But with her little girl Saraya leaning against her thigh, Rico adds that she might give up her daughters again if someone really could offer them a better life.

"We didn't understand so much what was going on. And we learned from this experience. Yes, we could give the children away but not in the same conditions," she said.

The day after the missionaries were taken into custody, the children were placed at the SOS Children's Village on the outskirts of Port-au-Prince. The children were able to go home earlier this week.

She says the population boomed at the facility after the quake — from 153 abandoned or orphaned kids before the temblor to more than 500 afterward. The sprawling compound has a school, a soccer field and group houses where children reside in what they call "families."

Wolf Nielsen says children like the 33 picked up by the American missionaries are at risk in any emergency situation, especially in Haiti, one of the poorest nations in the world even before the quake.

As seasonal heavy rains arrive in April, many Haitians who lost their homes — including hundreds of thousands of children — will be living in very difficult conditions.

"So many families and children were vulnerable for being separated. That risk is still out there because there's still a huge need for better shelter and food and water and health care," Wolf Nielsen said.