Accessibility links
Health Care Link To Immigration May Hit Dead End Democratic leaders scrambling for every last vote on health care have managed to win over the Congressional Hispanic Caucus, despite its members' previous objections to the bill. That support came as the White House pledged to push through a comprehensive immigration overhaul. But that's a long shot for this year. 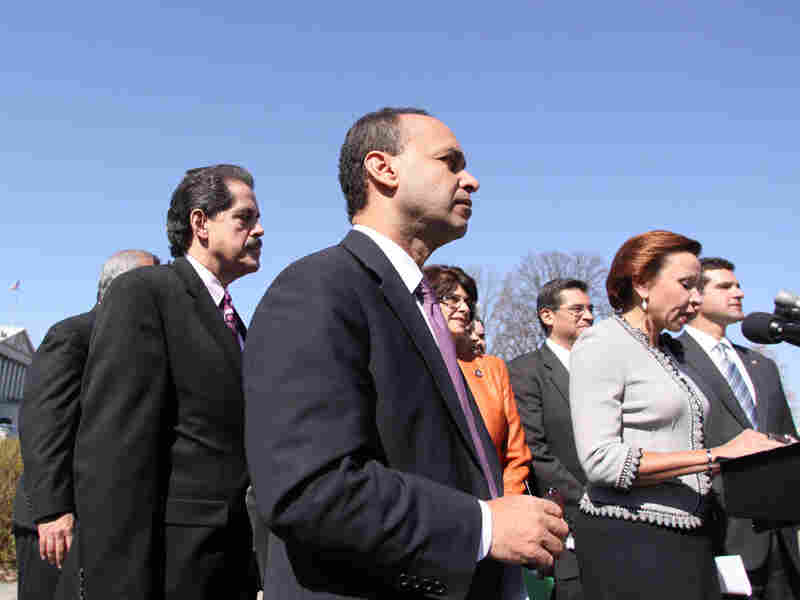 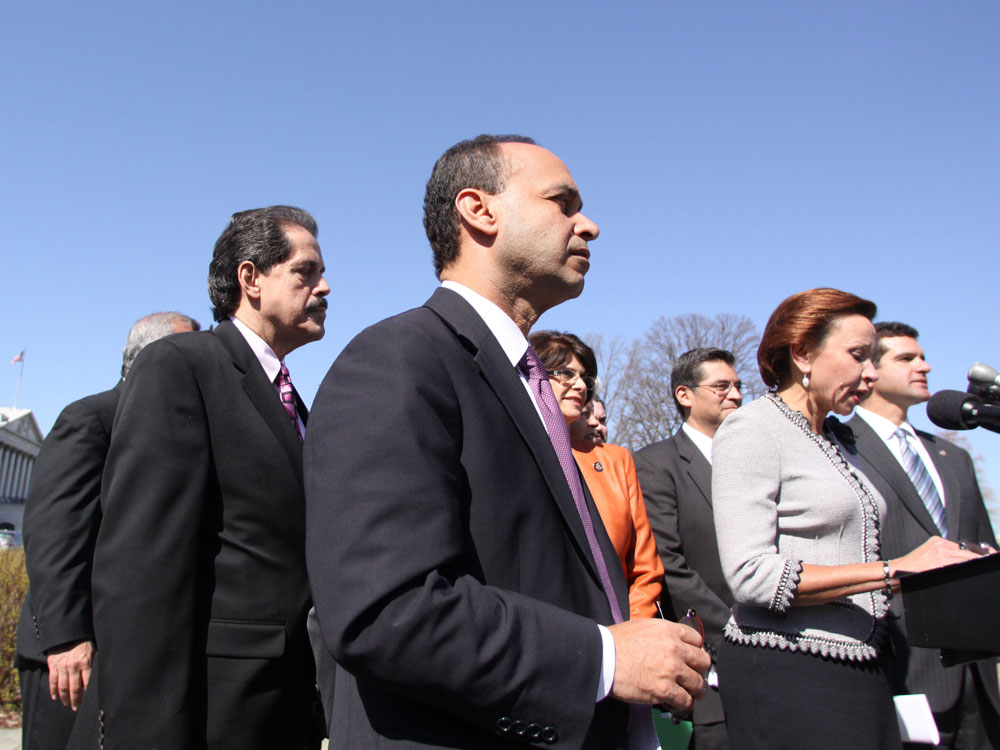 As the clock ticks down to Sunday's make-or-break vote on health care in the House, Democratic leaders continue to hunt for the 216 votes needed for passage. Their job has been made easier by the decision of all 23 Democrats in the Congressional Hispanic Caucus to back the legislation.

The support of some of those lawmakers had been in doubt, but a promise from President Obama on overhauling the nation's immigration laws trumped their misgivings on the health care bill.

A Change Of Heart

Rep. Luis Gutierrez (D-IL) had a problem with the health care bill before the House. He found it deeply unfair that the bill expressly forbids illegal immigrants to buy health insurance on new exchanges that would be set up. And that can't be fixed by a separate package of amendments the House will vote on, because everything in it has to be budget-related.

"I have said on numerous occasions I cannot vote for the bill in its current form, under the current format," Gutierrez said two days ago.

But Gutierrez did not want the health care bill to fail. What he wanted, as chairman of the Congressional Hispanic Caucus's Immigration Task Force, was for President Obama to honor campaign promises to push for an immigration overhaul.

At a news conference Thursday, Gutierrez said he got what he wanted.

At that same hour, the White House issued a statement from President Obama. He pledged to do everything in his power to forge a bipartisan consensus this year to move forward on comprehensive immigration reform — everything from enforcing border and workplace laws to dealing with millions of undocumented immigrants.

That followed a meeting the president had with two senators pushing for such legislation, Charles Schumer (D-NY) and Lindsey Graham (R-SC). They gave the president what they called a framework for an immigration overhaul, leaving the ball in the court of the White House to write such a bill.

The renewed effort to move immigration legislation comes as thousands of pro-immigrant activists plan to march on the Capitol this Sunday as the final showdown on health care begins in the House. Friday outside the Capitol, Latino activists praised that legislation.

"I think many of us saw the writing on the wall in that we weren't going to get the legislative fixes this time around that we hoped to," says Claudine Karasik of the Mexican American Legal Defense and Educational Fund.

She adds that she's expecting that the flaws in the health care legislation will be fixed with comprehensive immigration reform, but she wants commitments from lawmakers.

Expert: Overhaul Of Immigration Unlikely For This Congress

But with midterm elections looming this fall, congressional expert Jack Pitney of Claremont McKenna College in California says it's a tall order for an immigration makeover to happen before then.

"At the moment I'd say it'd be a bit of a surprise if Congress acted on it, but then again, a lot of people didn't think health care reform would come to a final vote in the House either," he says.

Pitney says revamping immigration laws could certainly win Democrats more votes from Latinos. Some, however, could get punished at the polls for supporting what many opponents expect will amount to an amnesty for the undocumented millions.