Accessibility links
Cartoon Furor Met With Muted Response In Sweden Swedish artist Lars Vilks has lived with a $100,000 bounty on his head since 2007 for a drawing he made depicting the Prophet Muhammad. But unlike the angry protest that erupted in 2005 after similar cartoons were published in Denmark, Swedes have remained largely silent on the controversy. 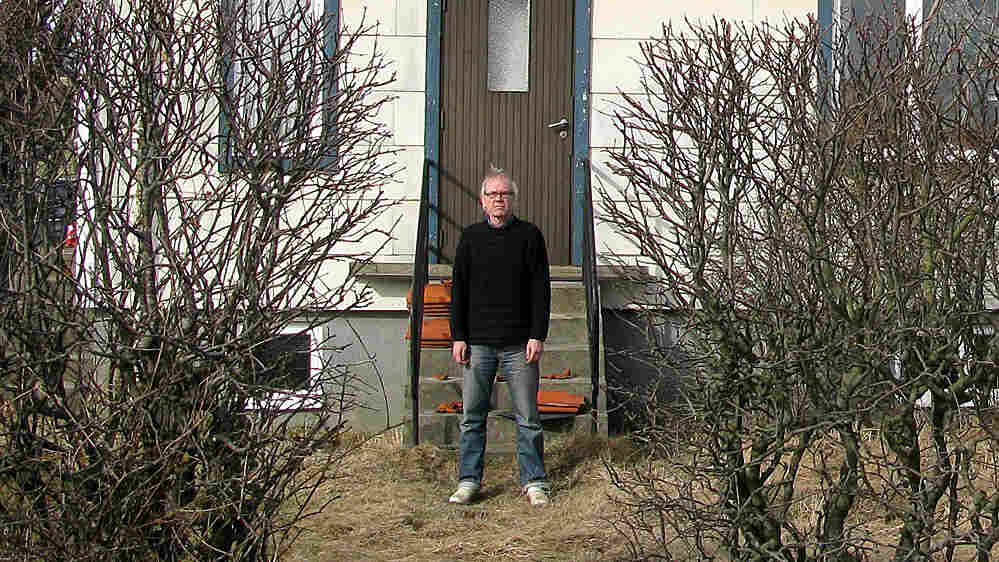 Artist Lars Vilks stands in front of his home in rural southern Sweden. He has lived with a bounty on his head since 2007, when a sketch he made of the Prophet Muhammad ignited controversy. In his native country, however, response has been muted. Rob Gifford/NPR hide caption 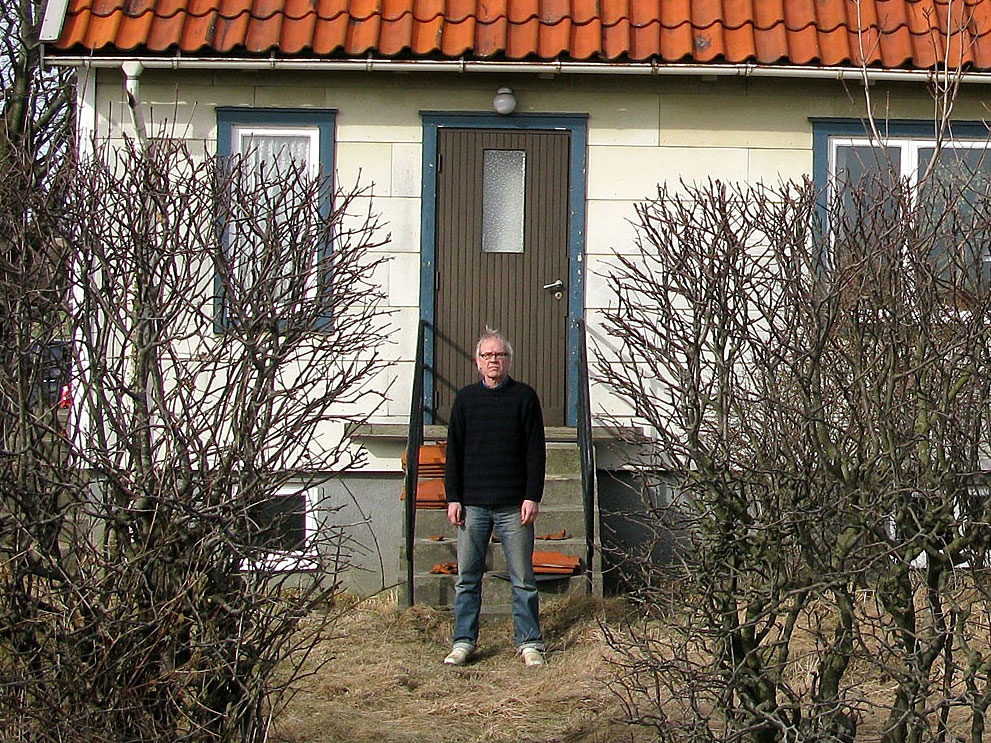 Artist Lars Vilks stands in front of his home in rural southern Sweden. He has lived with a bounty on his head since 2007, when a sketch he made of the Prophet Muhammad ignited controversy. In his native country, however, response has been muted.

The arrest in Ireland of seven people alleged to be planning to kill Swedish artist Lars Vilks for a sketch he made of the Prophet Muhammad has once again turned the spotlight on the limits of free speech in Europe and the sensitivities of European Muslims. Two of those arrested earlier this month have been charged; five others have been released.

But the reactions in Sweden have been very different from the anger that erupted when similar cartoons were published five years ago in Denmark.

For a man with a price on his head, Vilks seems remarkably calm. The slim, 63-year-old with unkempt hair and thick-lensed glasses lives in a small and untidy two-story house in rural southern Sweden. Newspapers are strewn on the table and couch; potted plants crowd the windows.

With one drawing, he came to be the target of a seemingly endless flow of international death threats.

Part of the artistic process is criticizing institutions, including religions, and it usually isn't a problem with Christianity, he says. "If you work as an artist and if you attack a religion, that should be no problem because it's kind of normal procedure," he says. "But of course, outside the art world, the world is more complicated and it becomes intensely political."

If you work as an artist and if you attack a religion, that should be no problem because it's kind of normal procedure. But of course, outside the art world, the world is more complicated and it becomes intensely political.

In Defense Of Artistic Freedom

He sits beneath a copy of the sketch that so many Muslims found offensive — a picture of a dog with the head of a bearded, turbaned man standing on a traffic circle surrounded by cars.

Vilks made the sketch — a simple drawing with scrawled pen strokes — in 2007 as part of an art exhibit for a nearby gallery. Dogs were the theme of the show, and Vilks decided to draw something controversial.

"Everyone has said [there are] no borders left," he says. "And I thought the one thing missing was dealing with Islam or the Prophet [Muhammad]. These themes are always avoided in art situations."

Vilks has the air of a man who has stumbled into something a lot bigger than he intended when he drafted the sketch. Since then, al-Qaida placed a $100,000 bounty on his head; at various stages, he has had to stay in a safe house.

He says the irony is that he is not anti-immigration and not anti-Islam at all. But he says he won't apologize for his drawing because he says it's his right to express his artistic freedom however he wants.

Vilks lives alone in his own home with no visible security — though he says the police stop by most days to check on him. If there are problems, though, he has a plan.

He keeps a rusty, long-handled ax in the house and has rigged a panic room on the second floor. Ropes and strings attached to the door would allow Vilks to pull it shut behind him. He says it's probably enough to buy him the time he would need for police to arrive.

Despite all the concerns about Vilks' safety, Sweden has experienced far fewer problems after the publication of his drawing than there were when similar cartoons were published in Denmark in 2005. 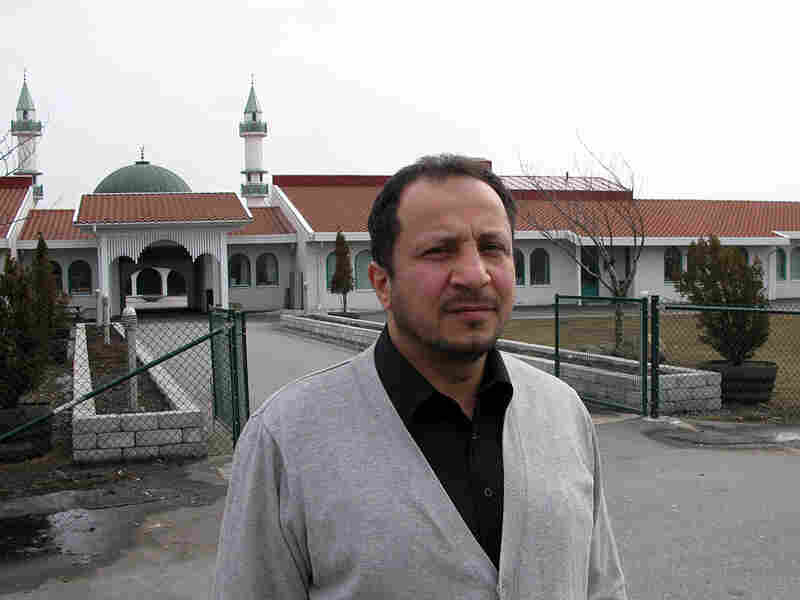 Aied Fayoumi, a teacher at a Muslim school and community leader in Malmo, Sweden, says the country is a "paradise" where the government emphasizes dialogue and consultation and freedom of speech is honored. hide caption 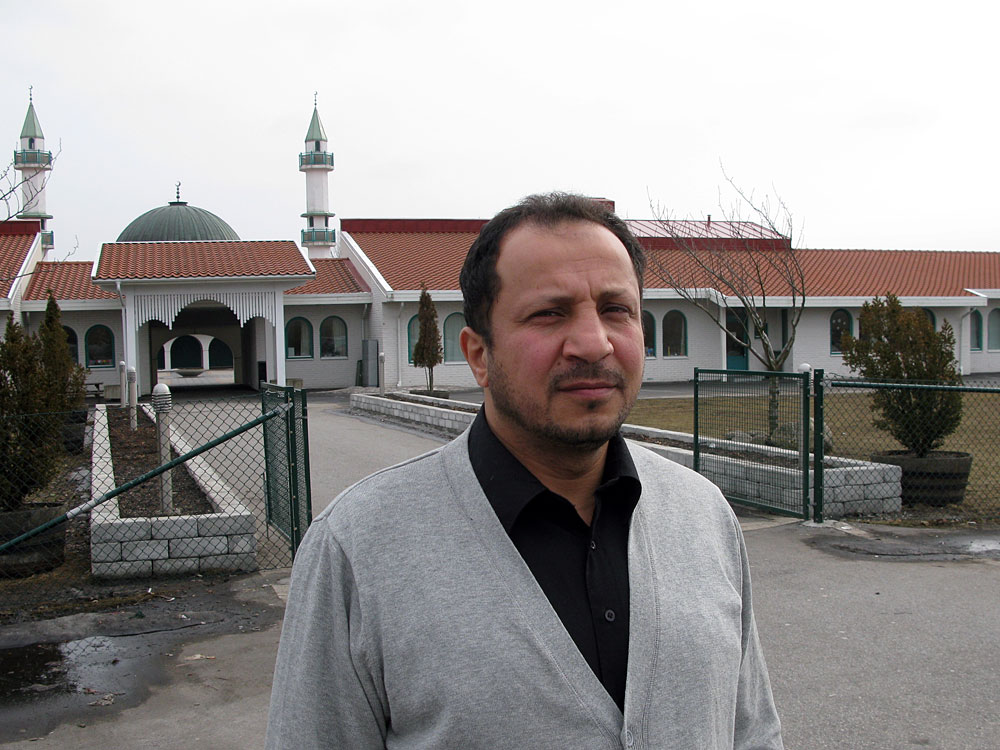 Aied Fayoumi, a teacher at a Muslim school and community leader in Malmo, Sweden, says the country is a "paradise" where the government emphasizes dialogue and consultation and freedom of speech is honored.

At that time, angry demonstrations by Muslims — and similarly angry support for freedom of speech — swept across Europe.

But the Swedish government relates differently to Muslim communities.

The city of Malmo, on Sweden's southwest coast, has seen huge levels of immigration in recent years. More than 20 percent of Malmo's population is Muslim. There are tensions from the sudden influx, but there have been no demonstrations on the streets demanding Vilks' blood.

According to Aied Fayoumi, the government takes a very hands-on role in dealing with any religious or ethnic tensions. Fayoumi, a Palestinian immigrant who works as a teacher in Malmo, says that if he met Vilks he would want to sit with him and ask him why he made the drawing.

"We should make dialogue; we should listen to each other," he says.

Fayoumi has been in Sweden for 22 years. He says the Swedish government has emphasized dialogue and consultation in a much more conciliatory way than the government of neighboring Denmark.

Sweden also has a generous welfare system, free health care and an ever-open door that keeps Muslims, and others, coming from abroad.

If the angry Muslim protesters have not materialized, neither have the angry Swedes protesting about the sanctity of free speech.

Pernilla Ouis at the University of Malmo says the deafening silence from most Swedes regarding the Vilks case goes to the heart of the Swedish self-image.

"If we take a strong stance for freedom of expression then we ... could be accused of being racist," says Ouis, who teaches social workers how to work in cross-cultural situations. "We want to protect ourselves, [show] that we are good people, we are not racist, so we don't take that position. So we sacrifice Vilks' freedom of expression for that."

Ouis says that Swedes are very nice people, but also that they are painfully politically correct. She says the PC brigade has acquired a new nickname — "halal hippies" — and she says it applies to almost all Swedish politicians, who tend to have a blind spot to the problems of Islam.

She says halal hippies are critical of one's own society — in her words, have "the white man's guilt" — and they embrace and defend "the Other" so much that they can't see that the other community has oppressive structures of its own. 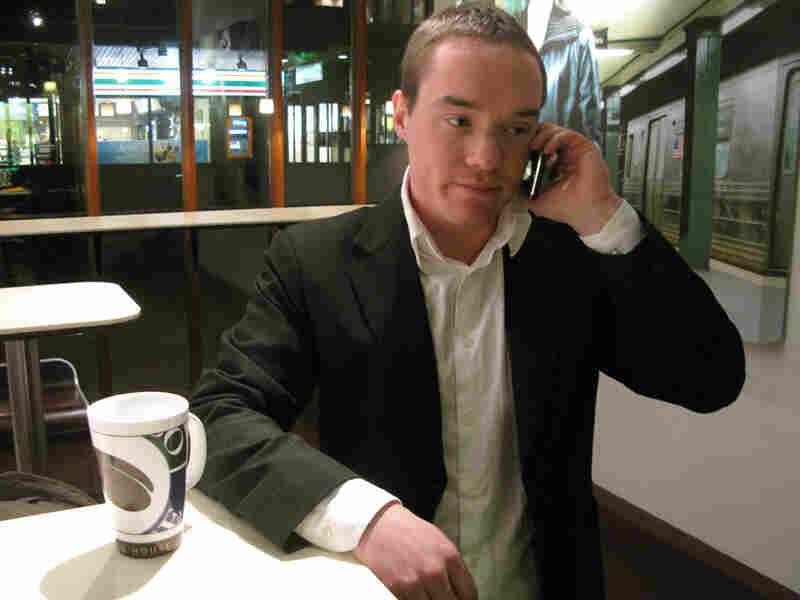 Kent Ekeroth of the Swedish Democrats Party says the country is too liberal for its own good. The party, which currently has no seats in Parliament, wants to restrict immigration and renew emphasis on Swedish culture. hide caption 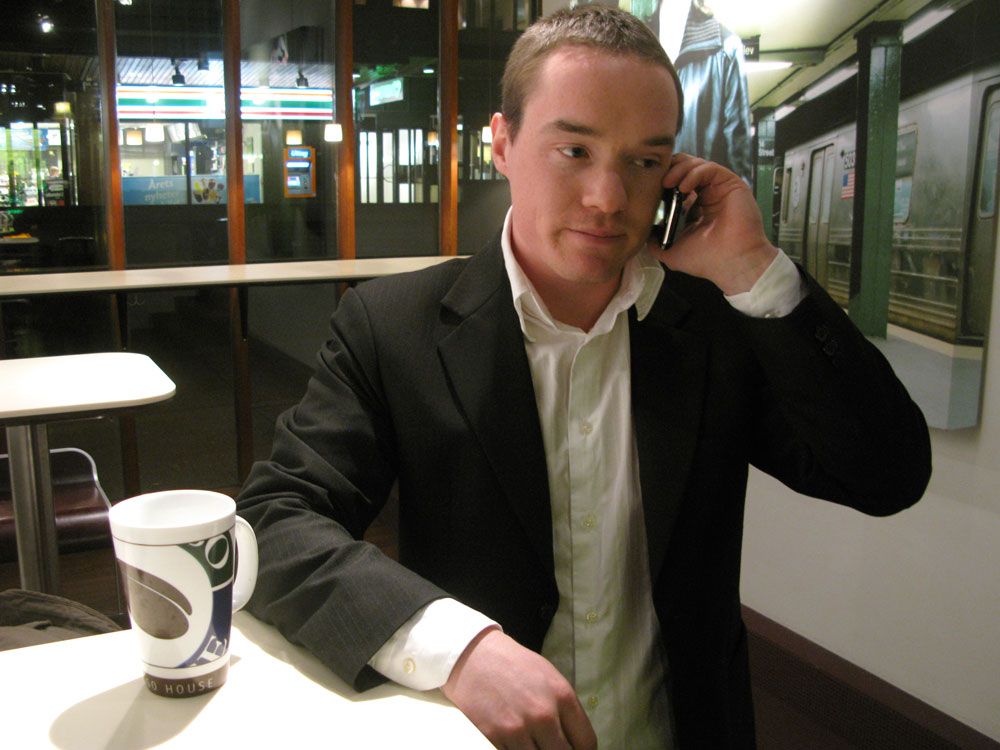 Kent Ekeroth of the Swedish Democrats Party says the country is too liberal for its own good. The party, which currently has no seats in Parliament, wants to restrict immigration and renew emphasis on Swedish culture.

The Limits Of Liberalism

Kent Ekeroth is not a halal hippie. He works for the Swedish Democrats Party, which is the only group of politicians that doesn't go along with the liberal consensus in Sweden. So far, the party doesn't have a single seat in Parliament. Ekeroth is trying to change that and is certain his party will win seats in parliamentary elections in the fall.

Party members want to restrict immigration and re-emphasize pride in Swedish culture. Hoping to tap into what they think is the unspoken disquiet in Sweden about such issues, one of the party's slogans is "We say what you're thinking."

Ekeroth says what liberal Swedes don't realize is that if you take in groups who are against liberalism, then you don't have a liberal society.

"They believe in the goodness of the people, that everyone wants to live in society like ours. ... But they haven't considered that there might be people around the world [who do not] want to have the society that we want," he says.

Ekeroth says that Sweden is too liberal for its own good. But he denies he's a racist. He says the backlash against Sweden's political correctness is already beginning ahead of elections in September.

He says he hopes that change can come without something terrible happening, to the artist Lars Vilks or anyone else.