Accessibility links
In A Texas Jail, An Exclusive SXSW Concert At the South by Southwest Music Festival this week in Austin, Texas, one of the most exclusive events was an unofficial, invitation-only concert — at the Travis County Correctional Complex. Wayne Kramer of MC5, Billy Bragg, and others were there to launch a music therapy initiative called Jail Guitar Doors. 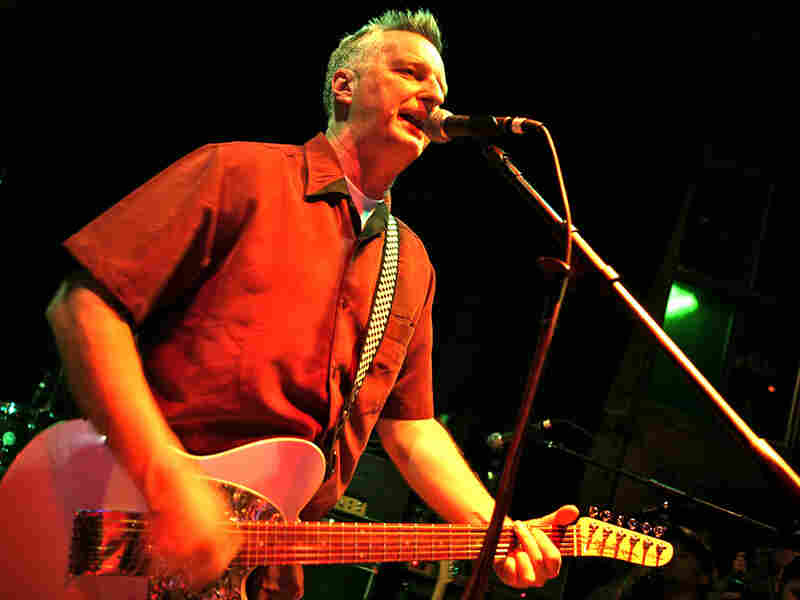 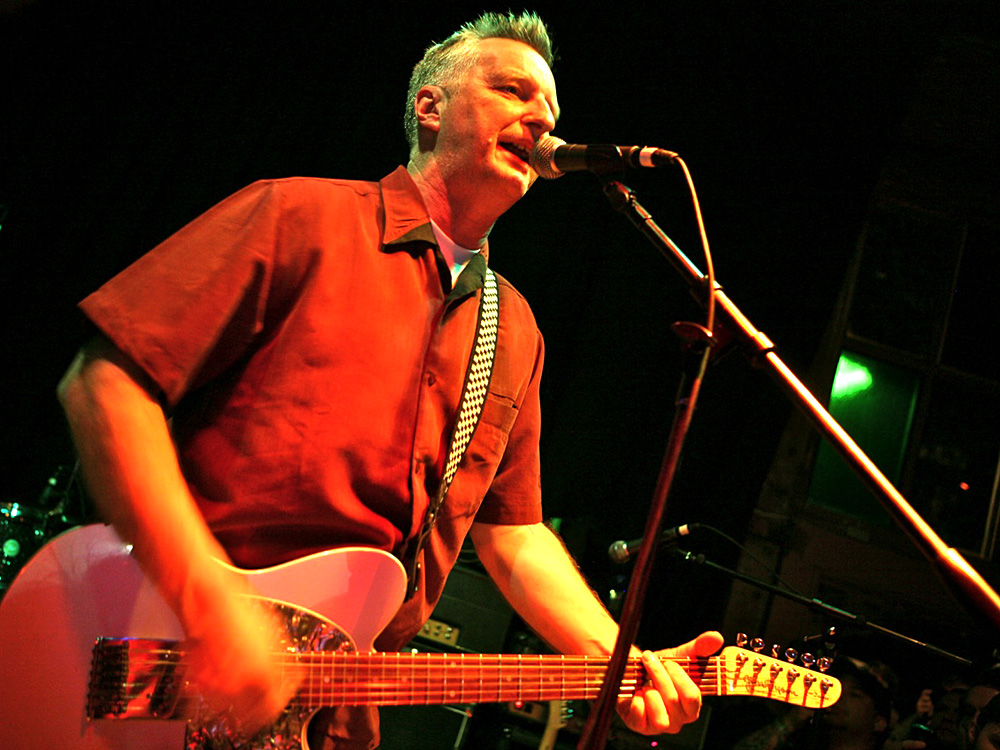 Billy Bragg performs at the Jail Guitar Doors USA launch party, held on the night after the visit to Travis County Correctional Complex.

Tomorrow in downtown Austin, Texas, the annual South by Southwest Music Festival will crawl to a close. Among the most exclusive music events this year was an unofficial, invitation-only affair — at the Travis County Correctional Complex.

Even by the standards of South by Southwest, it seemed to be a stretch. A new start-up non-profit contacted Austin area prison officials with an offer: what about bringing a little of the SXSW experience to the county correctional facility? Something with a positive message?

Download concerts, see photos and get up-to-the-minute updates from South by Southwest at NPR.org/sxsw:

Captain Jerry Kobar, an ex-Marine in charge of security, made the decision.

"People thought that I was absolutely crazy," he says. "I've wanted to bring a concert to the jail for a long time. Call it the old Johnny Cash, San Quentin prison type thing I grew up listenin' to with my parents. I jumped on it because I want to be a part of it — this is really big for me."

On Friday, an entourage including Tom Morello of Rage Against the Machine, Wayne Kramer of seminal garage rockers MC5 and British protest singer Billy Bragg wound past security doors and metal detectors to the prison chapel — lugging about a dozen guitars, several stenciled with the words "Jail Guitar Doors." It's the name of an initiative Bragg launched in the U.K. a few years ago, to organize concerts and donate guitars to Her Majesty's Prisons.

"There's a history of success in the U.K. with Billy, who runs this program there," says Tom Morello. "And apparently this has a marked effect on recidivism rates and changing the culture of prison. This is something that can mitigate potential future problems."

Billy Bragg says he'd been trying to find a way to launch Jail Guitar Doors in the U.S. He had wanted to convince Wayne Kramer, the MC5 guitarist, to head it up.

"And I said, 'Listen, I'm doing this thing in Britain — getting guitars into prisons — called Jail Guitar Doors, named after the Clash song,'" Bragg says. "'Have you heard it?' And he said, 'Yeah, I'm in it.'"

In The Clash's 1977 rebel anthem, Wayne Kramer — the co-author of such proto-punk songs as "Kick out the Jams" — is depicted as a kind of outlaw hero. In fact, as Kramer describes it, he was quite the opposite.

"The MC5 had not survived success," Kramer says. "And I, I got lost. I developed alcoholism and drug addiction. And I kind of embraced a criminal lifestyle.

"As a criminal, I'm a great guitar player. I think I watched The Godfather too many times, because I just wanted to drive around Detroit in a big car and carry a pistol and go to nice restaurants and talk about 'takin' care of business,' you know."

Kramer was busted in 1975 for trying to sell cocaine to undercover agents, and was sentenced to four years in federal prison. While there, Kramer explored every opportunity he could find for making the most of his time — from group therapy to college classes to immersion in music theory. It was, Kramer says, life-changing.

"When I went to prison, it was at the end of the era of rehabilitation in American corrections," he says. "And I've watched what's happened in America's prisons for 30 years, and I realized I'm uniquely positioned in this country. I have one foot in music and I still have one foot in prison. And I could be the bridge to make a positive change in this situation." 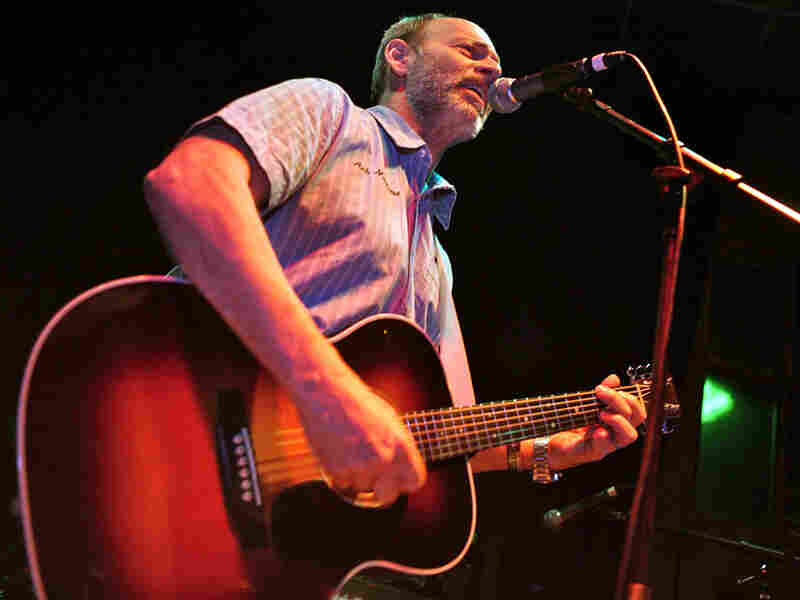 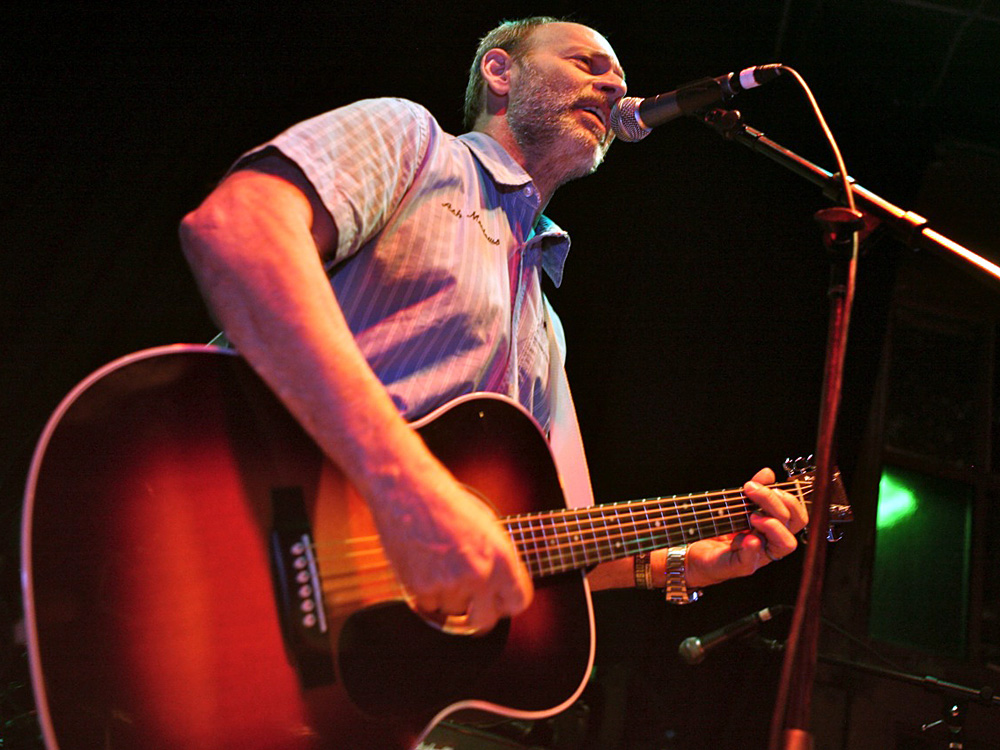 An Argument Against Worthlessness

With Kramer at the helm, yesterday's performance at the Travis County Correctional Center marked the official debut of Jail Guitar Doors USA. Before about 75 inmates — men and women — Kramer talked about the mistakes he'd made, and fielded earnest questions about addiction.

"I think the only thing that motivates me — I don't know, maybe you — to change is pain," Kramer said. "And when I can't bear the pain any more, then I'll change."

And he also talked about music as therapy.

"Something is going to happen at some point out there, after you get out," Kramer said. "And you're going to get tangled up. Things are going to get complicated. If you can take the guitar, and sit down with the guitar, and figure out how to talk about it in a song, it'll give you another way to look at things. Another chance to pull back and say, 'Where's the wisdom in the next decision I'm going to make?'"

During the hour-and-a-half-long session many in the chapel fought back tears as Billy Bragg sang "I'll Keep Faith in You." And then the whole room joined in song — including prison guards — as Bragg and Kramer led a version of Bob Dylan's "I Shall Be Released."

Jail Guitar Doors USA donated six guitars to the Travis County jail — not as a gift, they insisted, but as a challenge: to explore music as path to rehabilitation.

"People in prison are continually reminded that they're worthless, that they have no value in the world," Kramer says. "And to create something, to create a song is a very powerful argument against worthlessness."

At the end of the Friday show, corrections officials immediately approached Kramer asking for a return visit next year — a gesture which seems to indicate both the successful launch of Jail Guitar Doors USA, as well as a new South by Southwest tradition.