Accessibility links
Mom-And-Pop Site Busts The Web's Biggest Myths You'd think it would take an army to truth-squad the rapid-fire rumors of the World Wide Web. But at Snopes.com, that task falls to husband-and-wife myth debunkers David and Barbara Mikkelson. 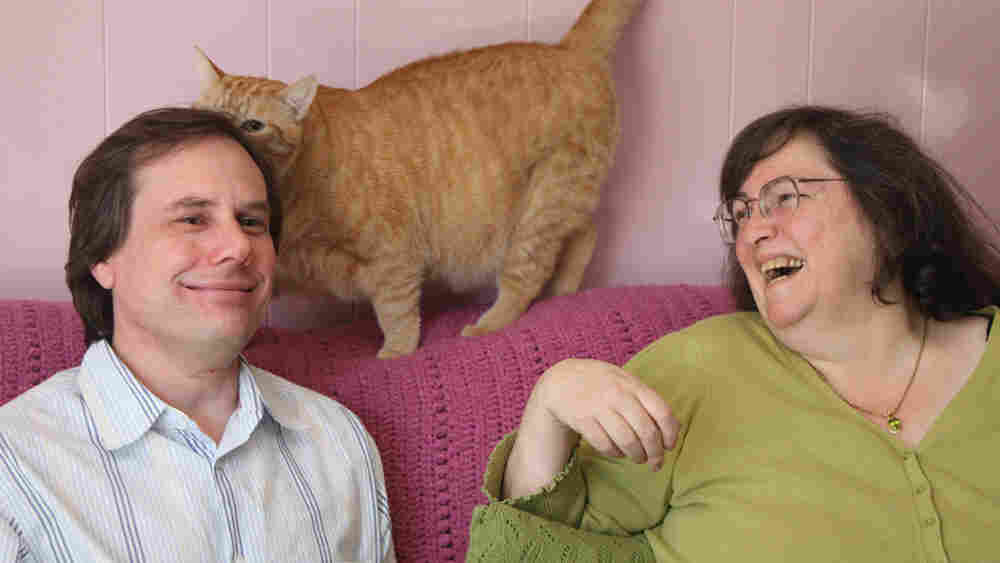 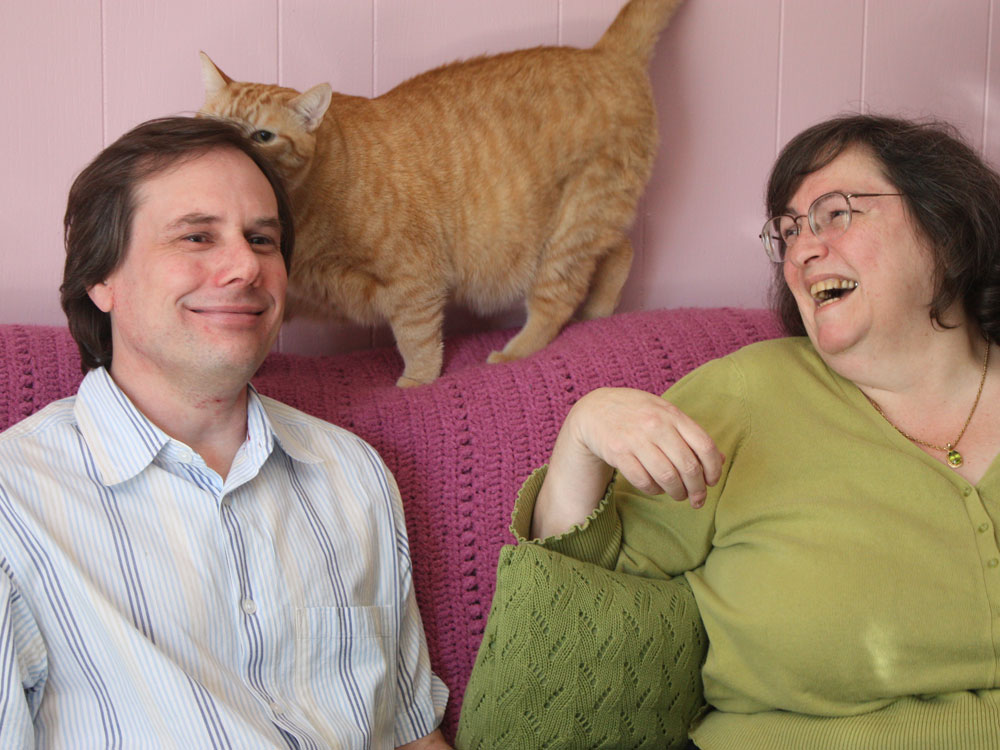 David and Barbara Mikkelson are the husband-and-wife duo behind the myth-busting Web site Snopes.com.

Did you hear about how criminals use drug-soaked business cards to incapacitate their victims? Turns out, that's not true.

How about the claim that Jesus will be portrayed as gay in an upcoming film? Also false.

You'd think it would take an army to truth-squad the rapid-fire rumors of the World Wide Web. But at Snopes.com, that task falls to husband-and-wife myth debunkers David and Barbara Mikkelson.

Enjoy some of Barbara and David's latest favorites.

Gangs Lure Women With Bloody Car Seats
This hoax sprang up in December 2009. Gangs are placing bloody infant car seats by the sides of roads to entice female motorists to stop and investigate, thereby luring their desired victims out of their vehicles and into their clutches as part of a "National Gang Week" activity.

Lady Gaga Is A Hermaphrodite
One of 2009's hottest rumors.

Onions: The Disease Magnet
Fast-food lovers should supposedly swear off cut onions for their hot dogs and hamburgers because bacteria love the condiment. Another version of this myth is the belief that leaving out slices of exposed onion draws the flu virus and other nasties from the air, thus safeguarding a home's inhabitants.

Help, Someone You Love Has Been Robbed
This scam was very active in 2009 and is still going strong in 2010. To get money wired to him, a scam artist pretends to be a family member who has been robbed during a spur-of-the-moment trip to London or some other city. Or perhaps he's been thrown in jail. This con spreads by e-mail, text message and social networking sites like Facebook.

Two-For-One Robberies
This rumor warns about thieves who commit one theft to set up another. In one instance, they first steal your purse off the hook on the restroom door and then lure you away from your house on the pretext of having "found" it. While you're gone, they burgle your home. In another version, they break into your car, which you left parked at a public event, steal your GPS unit, then use it to locate your home and burgle it while you're still at the event.

Snopes.com is the go-to Web site for debunking the hottest rumors, hoaxes and urban legends, attracting roughly 5 million viewers a month. NPR's Guy Raz visited the Mikkelsons at their world headquarters — a modest, pre-fab home next to a creek in Agoura Hills, Calif.

The Mikkelsons may be Internet pioneers, but David and Barbara use plenty of old-fashioned tools in their work — like books. Lots of them. Books on word etymologies, history and urban legends, stacked two-deep in the couple's library.

"Our contractor thought I was a little bit odd when I said, 'I want these shelves built so sturdy that you could lay a dead body on each of them,' " Barbara says.

In the living room, a cat and computer are close at hand. A trio of live rats plays in a cage nearby (they lost their roaming privileges after chewing too many wires). In the back is David's "office," which he says "is actually a bedroom for cats — in which they have graciously consented to sublet space."

The Mikkelsons estimate they have several thousand articles on their site right now. Their list of the "25 Hottest Urban Legends" is regularly updated with new myths and some "dopplegangers" — stories that have been around forever in one form or another.

"They're kind of like the equivalent of Pink Floyd's Dark Side of the Moon on the Billboard chart," says David. "They're just there for years, and they never go away."

It's hard not to notice trends if you're a rumor reporter. Stories that stick around for years often involve computer viruses or missing children. Rumors involving immigration or terrorism tend to recirculate with the times.

David even made up an urban legend of his own once — that the famous Mr. Ed was actually a zebra. Zebras are more docile, he argues, than horses.

And sometimes, it turns out that the urban legends the Mikkelsons try to debunk are actually true.

"Several years ago, there was this narrative going around," David tells Guy Raz. "It was about some group of FBI agents who had supposedly taken over a psychiatric hospital."

"It was this wonderfully funny narrative about an agent trying to convince a pizza delivery place to send a dozen pizzas to a psychiatric hospital full of FBI agents, none of whom had any cash on them, so by the way, will you take a check?"

David tracked down an agent involved in the case, who corroborated the story. It was a debunker's lesson in suspending disbelief.

"What we've learned over time is there's pretty much nothing that you can immediately dismiss as too absurd to be true," David says.