Accessibility links
Democrats Say They Have Enough Health Bill Votes House Democrats say they are confident they have the 216 votes they need to pass a history-making health overhaul package Sunday. President Obama called on lawmakers to put aside politics and do what is right for the American people during a tumultuous day of deal-making. 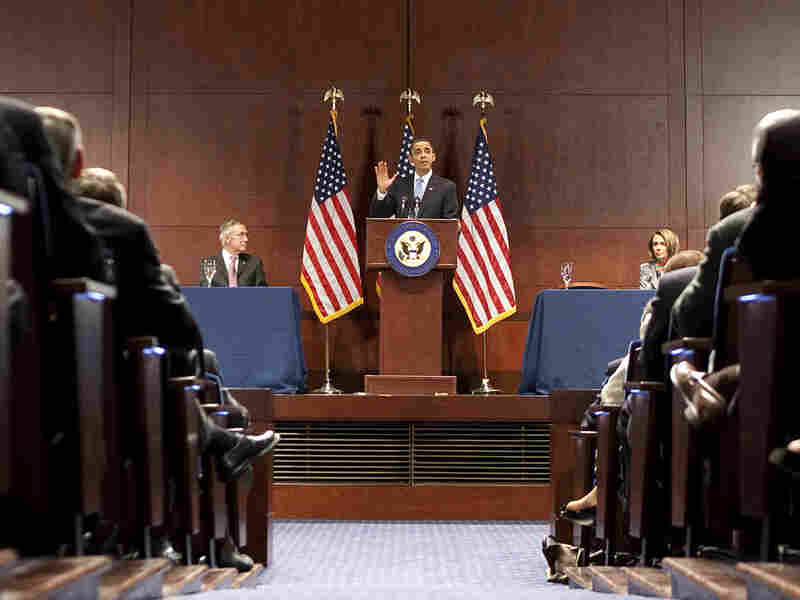 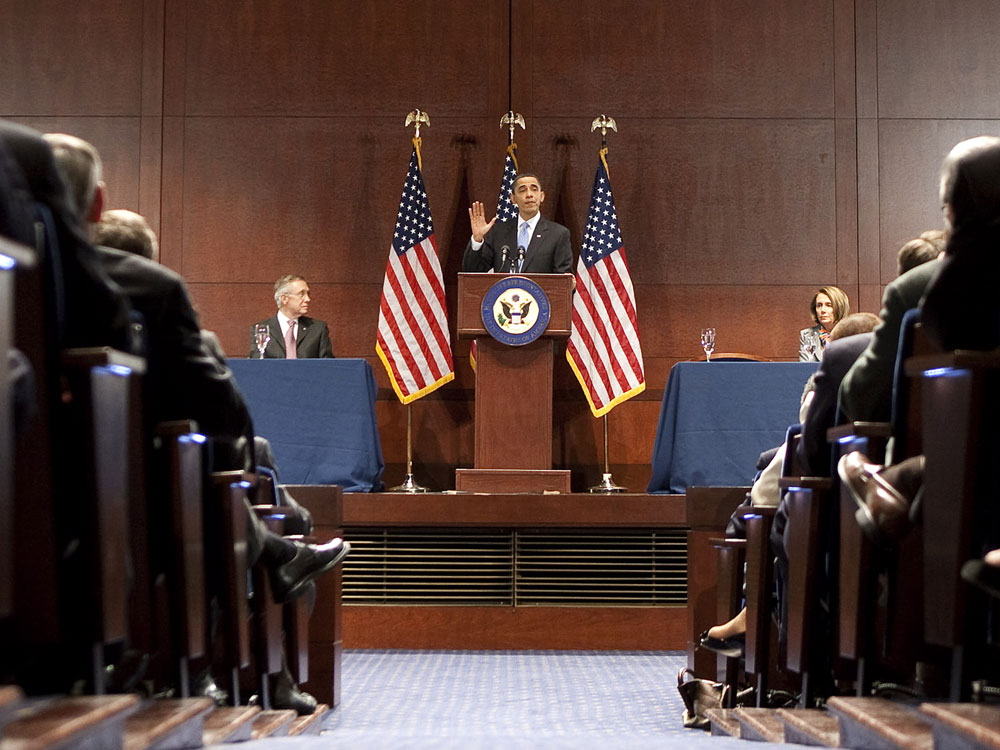 After a tumultuous day of deal-making and a rousing speech by President Obama, House Democrats say they are confident they have the 216 votes they need to pass a history-making health overhaul package on Sunday.

"Clearly, we believe we have the votes," House Majority Leader Steny Hoyer of Maryland told reporters Saturday just before the president's speech to the entire House Democratic Caucus.

Just to be sure, Obama called on the lawmakers assembled in the Capitol's visitor center to put aside politics and do what is right for the American people.

"Do it for them. Do it for people who are really scared right now through no fault of their own," he said.

'We're Going To Have The Votes'

Democrats took away a key line of Republican criticism when they announced early in the afternoon that they would forgo using the parliamentary "deem and pass" technique to push through the health care package. The package actually consists of two bills: the legislation the Senate passed on Christmas Eve and the bundle of changes. If passed, the bill of amendments would go to the Senate for a vote under budget reconciliation rules, which forbid a filibuster.

Democrats were getting blowback not just from Republicans, but from some of their own members on the controversial deem strategy. They had planned to use it to fold the vote on the Senate bill into a "self-executing rule" that would have let members avoid a direct up-or-down vote on a measure that many House Democrats don't like.

House leaders were able to switch gears after a favorable Parliamentarian ruling that it was acceptable to vote on the Senate bill after voting on the amendments.

"That makes it much easier," said Rep. Debbie Wasserman-Schultz (D-FL).

Probably the most public indication that House Democratic leaders really do have the 216 votes for the bill lined up is the fact that they cut off negotiations with a small group of anti-abortion Democratic lawmakers who have been holding out for stronger abortion restrictions than those already in the Senate-passed bill.

Rep. Bart Stupak (D-MI) said he had as many as a dozen Democrats ready to withhold their votes unless he was granted a separate vote on the language originally included in the bill that passed the House. But several dozen Democratic abortion-rights backers said they would then vote against the measure if Stupak got his vote.

"This language would be far, far beyond current law. It would prevent women from buying insurance policies in the exchange that cover full reproductive care in the exchange with their own money," said Rep. Diana DeGette (D-CO), co-chair of the House Pro-Choice Caucus. "That's just a nonstarter for us."

And several anti-abortion Democrats, following the lead of the Catholic Health Association and some other anti-abortion groups, said the abortion restrictions in the Senate-passed bill were sufficient to prevent federal abortion funding. That cast doubt on Stupak's claim that his group of holdouts was as large as he claimed.