Accessibility links
Health Care Passage Hinged On Abortion Language The House of Representatives' passage Sunday of a health care bill was secured after President Obama issued an executive order banning the use of public funds for abortions. The order helped secure the support of Rep. Bart Stupak and other anti-abortion Democrats. 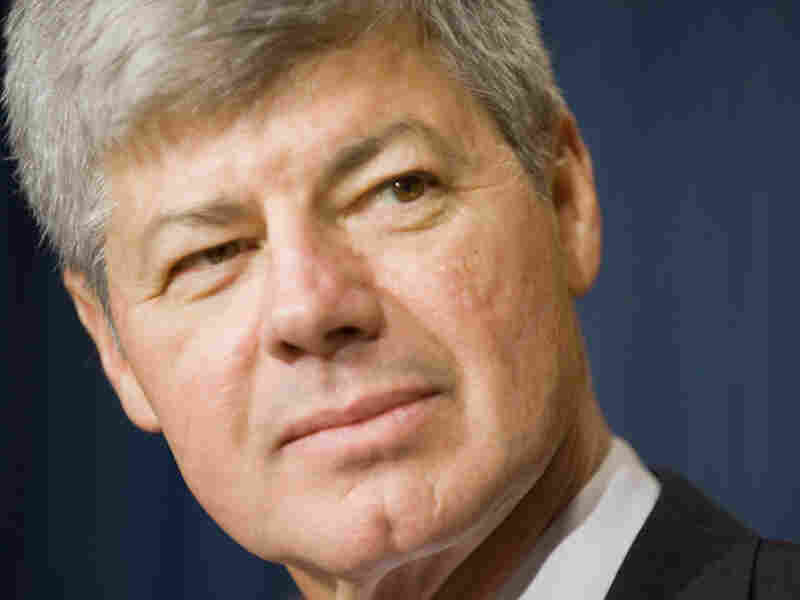 Passage of the health care bill in the House could only be assured after guarantees on abortion were offered to anti-abortion Democrats led by Rep. Bart Stupak (D-MI). Nicholas Kamm/AFP/Getty Images hide caption 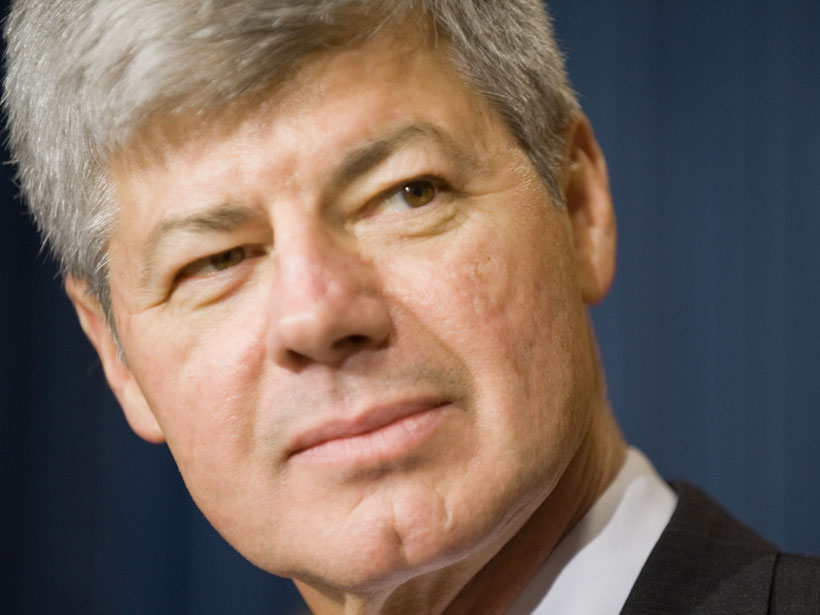 Passage of the health care bill in the House could only be assured after guarantees on abortion were offered to anti-abortion Democrats led by Rep. Bart Stupak (D-MI).

When debate on health care legislation resumed Sunday afternoon in the House of Representatives, Democrats still didn't have the votes to pass the bill. They were close, but a group of anti-abortion Democrats were holding out, hoping to get a vote on the stricter abortion language written last year by Rep. Bart Stupak (D-MI).

Then, suddenly, a conservative Democrat who spent six years in Catholic seminary before entering politics made a surprising floor speech.

"I will be 81 years old this September. Certainly at this stage of my life I am not going to change my mind and support abortion," Rep. Dale Kildee (D-MI) said. "I am not going to jeopardize my eternal salvation. I've sought counsel from my priest, advice from my family, friends and constituents. And I have read the Senate abortion prohibition more than a dozen times.

"I am convinced that the original prohibition of the Hyde Amendment is in the Senate bill."

Kildee urged his fellow Democrats to vote for the born and the unborn by supporting the health care bill.

Abortion was one of the most contentious issues in this debate from the very beginning, more than a year ago. A longstanding law — the Hyde Amendment — bars federal funds from being used to pay for elective abortions. It's an agreement between anti-abortion and pro-abortion rights lawmakers that is so delicate it could balance on a pin.

Shortly after Kildee addressed the House, a notice came that Stupak was hastily organizing a news conference. Moments before it began, the White House shot out an e-mail to the media: an executive order from President Obama with the title "Ensuring Enforcement and Implementation of Abortion Restrictions in the Patient Protection and Affordability Care Act."

"I'm pleased to announce that we have an agreement," he said. "And with the help of the president and the speaker, we were able to come up with an agreement to protect the sanctity of life in the health care reform, that there will be no public funding for abortion in this legislation."

What anti-abortion Democrats couldn't get into the final bill, they managed to achieve with that executive order: a blanket prohibition on the use of federal funds for elective abortions, the explicit separation of federal subsidies from private money when consumers buy health plans that cover abortions, and a clarification that the new health care laws legally protect hospitals, doctors and other providers that object to providing abortions as a matter of conscience.

It was enough to change the whole narrative about the health care legislation.

"The health bill that will move forward today is actually a bill about life," said Rep. Marcy Kaptur (D-OH), a staunch abortion opponent who became a big supporter of the bill. "No longer will any woman have to wonder whether she can bring a child to term because she can't afford it.

"The provisions in this bill that have to do with maternal health care, child health care, preventive care, the adoption credits that were included in the bill take us to a new day in America."

As the tide turned on the House floor, Republicans were left fighting the bill on legal grounds.

Rep. Cliff Stearns (R-FL) warned anti-abortion Democrats that no lawyer would argue that an executive order is law.

"So the Senate bill starts us on a path of government-sanctioned abortion on demand, paid for by taxpayers," Stearns said.

As votes began to show Democrats were winning, Republicans mounted a last offensive. They offered a motion that would block the Democrats' health care bill and install Stupak's original, stricter abortion language.

By then, however, Democrats had a foolproof defense: Stupak himself.

"This motion is nothing more than an opportunity to continue to deny 32 million Americans health care," he said.

By the end of the night, Stupak had gone from a virtual pariah among House Democrats to their health care hero.