Accessibility links
Liz Carpenter, Feisty LBJ Aide, Dies at 89 A fiery feminist, former political reporter and founder of the National Women's Political Caucus, Carpenter was the person who wrote the 58-word text that newly sworn-in President Lyndon B. Johnson read when he returned to Washington after President Kennedy's assassination. LBJ's onetime executive assistant was also press secretary to Lady Bird Johnson; Fresh Air remembers her with excerpts from a 1987 interview. 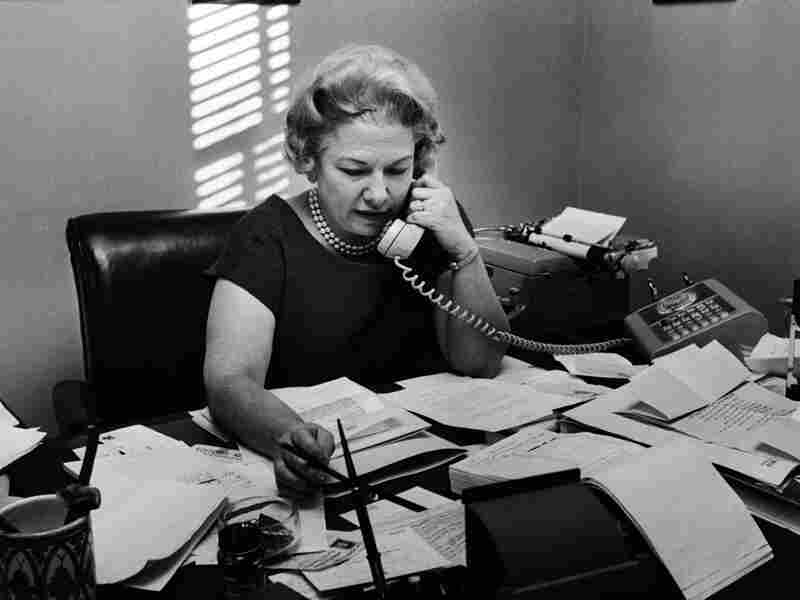 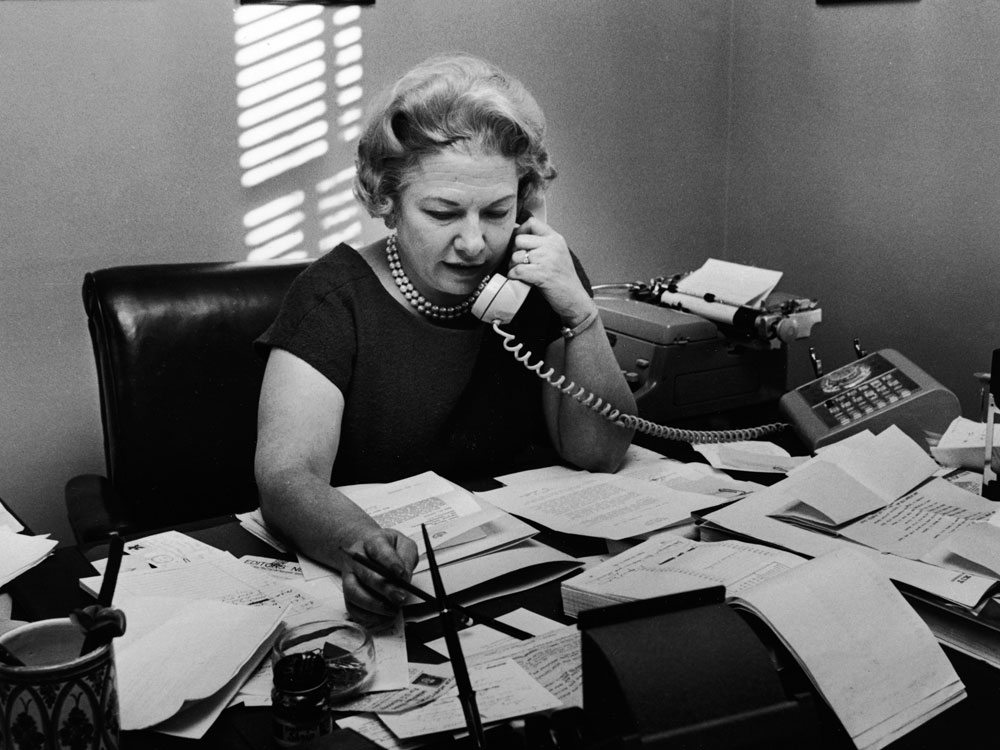 Before joining Lyndon B. Johnson's staff, Liz Carpenter covered every President from Franklin D. Roosevelt to John F. Kennedy as the White House reporter for the Austin American-Statesman.

Liz Carpenter, who served as Lyndon B. Johnson's executive assistant when he was vice president and later as Lady Bird Johnson's press secretary, died on Saturday. She was 89.

It was Carpenter who wrote the 58-word text that Johnson read in front of Air Force One after returning to Washington on the evening President Kennedy was assassinated:

"This is a sad time for all people. We have suffered a loss that cannot be weighed. For me, it is a deep personal tragedy. I know that the world shares the sorrow that Mrs. Kennedy and her family bear. I will do my best. That is all I can do. I ask for your help — and God's."

In a 1987 interview with Terry Gross, Carpenter recalled what it was like to pen the speech for Johnson.

"As we were moving out of Dallas on Air Force One, somehow my hand went into my purse, pulled out a pencil and a pad, knowing as a reporter (as I had been) that [Johnson] would be faced with a battery of reporters when he stepped off the plane in Washington," Carpenter said. "And he'd need some words. And so the words just began to come, and I don't think I rewrote them. Without any real conscious effort. I can't help but feel they were God-given."

Carpenter then spent the next five years as Lady Bird Johnson's press secretary. While working for Mrs. Johnson, Carpenter saw her role as finding a way to help her help the President.

"[I helped] by making her his translator," said Carpenter. "He deserved one, and a president is terribly busy doing his things. Lady Bird could go out and walk through the Head Start projects in Newark, N.J., or the Job Corps in Kentucky. She had been a reporter herself ... so she really knew what the five W's and the H are. ... If she could go and help kind of be the catalyst that brought out what the kids in Head Start were like before and after the program, it certainly was helpful in selling the program to Congress and to the people."

After her husband's death in 1974, Carpenter moved back to Texas and became active in women's-rights issues. She helped found the National Women's Political Caucus and lobbied actively for passage of the Equal Rights Amendment.

Carpenter also wrote two books: her political memoir, Getting Better All The Time, and Unplanned Parenthood: The Confessions of a Seventy-something Surrogate Mother, about unexpectedly becoming a parent to three of her brother's children after his cancer-related death.

A sixth-generation Texan, Carpenter is survived by two children and two grandchildren.