Accessibility links
Jackie Wilson: The Singer And The Showman Jackie Wilson was a singer's singer — admired by everyone from Elvis Presley to Van Morrison to Michael Jackson. His awe-inspiring falsetto powered 15 Top 10 R&B hits. But his stage show could make your jaw drop. 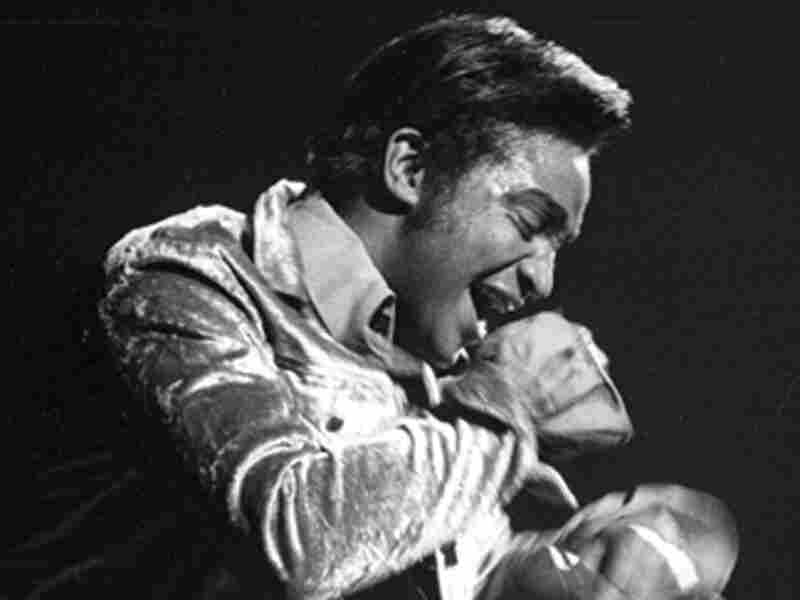 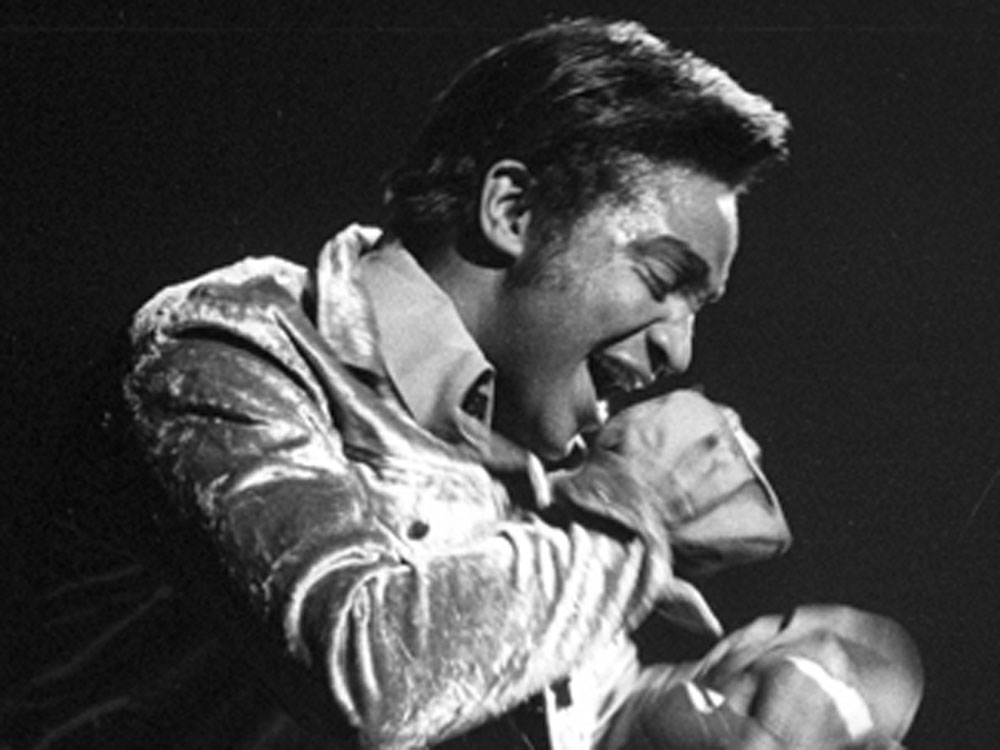 You could, if you were so inclined, sort the top pop singers into two groups. There's the fairly small club of singers who consistently produce hits. And then there's an even smaller elite, the singers that the other singers look up to. Jackie Wilson was one of those: a singer's singer.

The Jackie Wilson most people know is the chart-topping performer of 1967's "(Your Love Keeps Lifting Me ) Higher and Higher." But that only hints at the vocal power and onstage presence that inspired a succession of other influential musicians. In 1972, Van Morrison recorded what may be the most exuberant tune he's ever written, "Jackie Wilson Said (I'm In Heaven When You Smile)."

If Morrison was influenced by Wilson's records, the older performer's shows were something else. You just had to see one. The late Philly soul singer Teddy Pendergrass did when he was a kid. In 2001, Pendergrass told WHYY's Fresh Air how Wilson lay down and rolled himself off the edge of the stage onto the floor. "And to see the ladies run through the guardrails and ... and just lay on top of him and appear to make mad passionate love to him in the middle of the floor, at whatever time it was that morning. My jaws dropped. I said, 'My God!' " Pendergrass recalled.

Wilson did all of this while delivering nearly flawless vocals. He had impeccable timing and an awe-inspiring falsetto. In his first hit, "Reet Petite," he needed just 45 seconds to run through most of the vocal tricks of 1957 — from stuttering syllables to 'ooo, ah, ooo, ah, oooo-wee' to 'she's so fii-ii-ii-ii-ine' — and he nailed them all.

Jackie Wilson had wanted to be a boxer, and when his parents said "No," he turned to singing in Detroit clubs. Wilson was a teenager when he replaced Clyde McPhatter (who went on to form the Drifters) singing lead for Billy Ward & the Dominoes. Elvis Presley remembered seeing the R&B group in 1956. "Billy Ward and his Dominoes. There was a guy out there, doing a takeoff on me: 'Don't Be Cruel,' " Presley recalled on the recording The Million Dollar Session — a legendary jam that brought together Presley, Jerry Lee Lewis, Carl Perkins and Johnny Cash. "I went back four nights straight and heard that guy do that," Presley recalled. "He'd shake his head and [sing], 'I don't-uh want no other love. Baby it's-uh just you I'm-uh thinkin' of.' He'd [sing] 'Mmmmm! Well then-uh don't stop-uh think-ih-in' of meh!' Shhh Man he sung the hell outta the song. Man I was on the table lookin' at him. Git him off! Git him off!" In January of '57, Presley took Wilson's treatment of "Don't Be Cruel" onto The Ed Sullivan Show.

Away from the bandstand, Wilson's life wasn't so good — alcohol, drugs, a broken marriage, a teenage son killed in a neighborhood shooting and a brush with death from a jealous woman with a gun. All of this is in The Jackie Wilson Story (My Heart Is Crying, Crying) — a play that was written by Jackie Taylor, the director of the Black Ensemble Theater in Chicago.

"[The play] told about the womanizing, and the drugs, and the difficulties that he had," Taylor says. "But it also talked about the heights that Jackie Wilson was able to achieve. What he did in changing the sound and feel of music." And he may have changed it more than his fans wanted. Wilson cut a great, bluesy rendition of "Danny Boy" in 1965. It didn't sell. Ditto for a tribute album to vaudeville singer Al Jolson.

And there's this: "He loved opera," says playwright Taylor. "But it was hard enough just being a black singer, let alone being a black opera singer." That love came through in "The Night," a 1960 hit that reached No. 4 on the Billboard Hot 100. Wilson cracked the pop Top 10 just six times. But on the R&B charts, 15 of Wilson's records were Top 10 hits.

The late Michael Jackson was a fan. In 1984, when Jackson collected seven Grammy Awards for his album Thriller, he stopped the applause to pay tribute to Wilson. "Some people are entertainers and some people are great entertainers," Jackson said from the stage. "Some people are followers and some people make the path and are pioneers. I'd like to say that Jackie Wilson was a wonderful entertainer." Wilson had died just five weeks earlier — on January 21 — after almost nine years in a coma. In 1975, as he was singing "Lonely Teardrops" in an oldies revue, he'd had a heart attack onstage.

A lot of Wilson's records may not have aged all that well, but something like "I Just Can't Help It" from 1962? Listening to that one, you can just see Jackie Wilson. He's down at the edge of the stage, reaching out, his vocals locked in with the rhythm section. Maybe he'll roll off into the audience, so the women can run to help him.