Accessibility links
Back To The '80s, This Time In A Hot Tub A group of middle-aged sad sacks gets sent, dripping, back to their days as 20-something party animals in Hot Tub Time Machine. To return home, the friends must re-enact exactly what happened to them in the past — or risk permanently altering their futures. 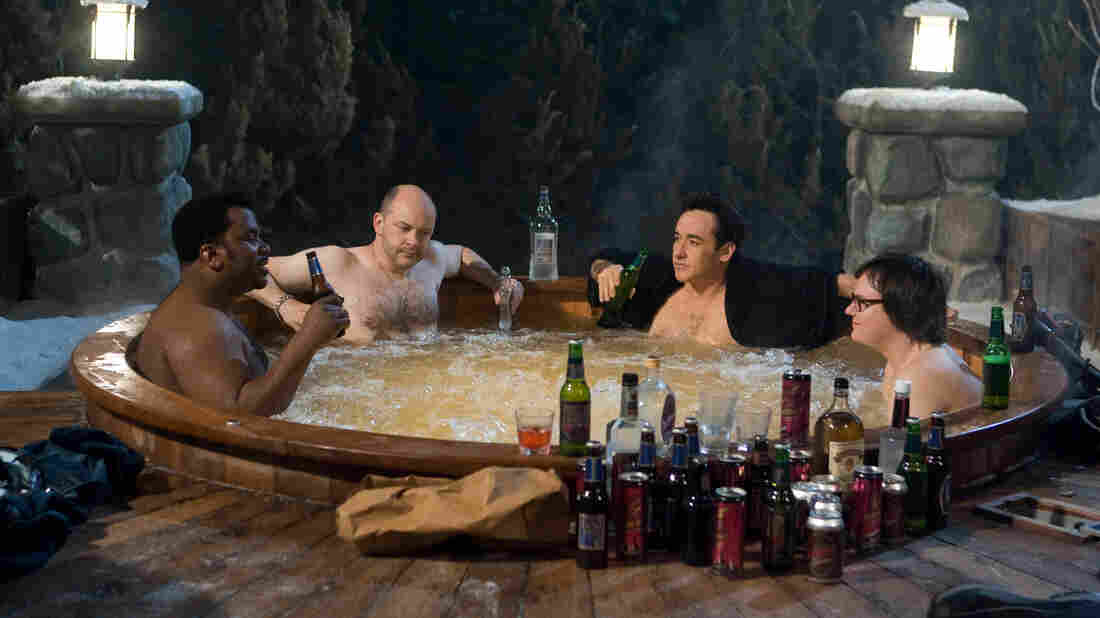 Blast To The Past: Three best friends and a sidekick — played by Craig Robinson (left), Rob Corddry, John Cusack and Clark Duke — get sent back to their party-hearty days, the better to right past wrongs and re-create their futures. Rob McEwan/MGM hide caption

'What Color Is Michael Jackson?'

'Looking In The Mirror'

Twentieth-century pop culture has produced some certifiably unlikely designs for the time machine — and if you can accept a blue London police call box or a DeLorean, then a hot tub isn't that much more of a stretch. Once you've cleared that hurdle, every other wild implausibility in Hot Tub Time Machine should make perfect sense.

The film's writers revel in the kind of weird science typical of '80s sci-fi comedies from Bill & Ted to Buckaroo Banzai, sending three middle-aged sad sacks — and a tagalong 20-something loser-in-waiting — back to their mid-'80s salad days at a hard-partying ski resort. Once there, a cryptic repairman (the comedically rejuvenated Chevy Chase) hints to them that their only hope of getting back intact is to re-enact exactly what happened to them on the mountain one fateful night 24 years before. (There are no concerns here about that classic time-travel no-no of meeting your past self: In fact the three men seem to have inhabited the bodies of their younger selves, though to each other they still appear to be in their 40s.) The ski-resort setting — and the inclusion of the famous "Where's my two dollars?" line — immediately recall Better Off Dead, one of the angsty teen comedies that John Cusack made in the '80s, and it's those movies that soon prove the most important touchstones here.

But if you've ever wondered what might have become of any of Cusack's teen characters, Hot Tub has a jarring revelation in store, one that runs counter to all that wide-eyed romantic idealism: The actor stars here as Adam, a self-centered insurance salesman who is going through a spectacularly petty breakup. Lloyd Dobler would not be pleased. 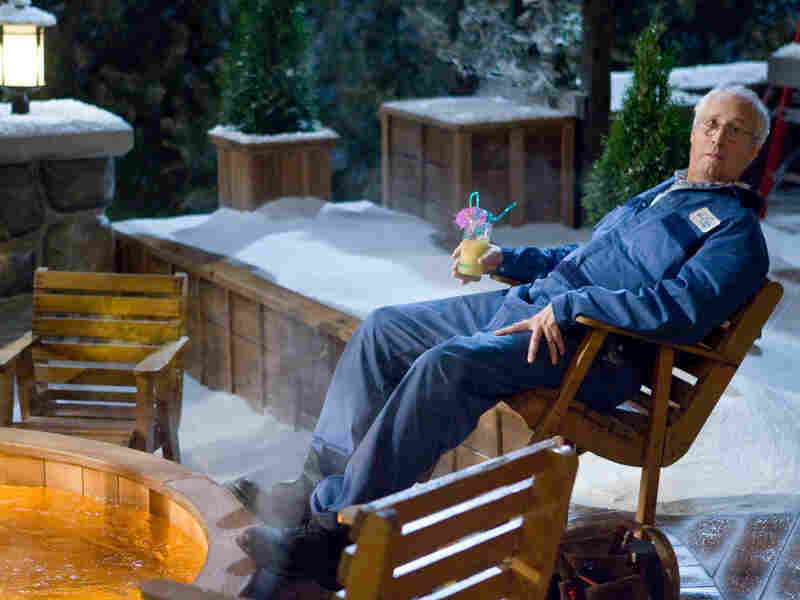 Gatekeeper: Chevy Chase plays a hot-tub repairman who may or may not be responsible for bringing the foursome back in time. Rob McEwan/MGM hide caption 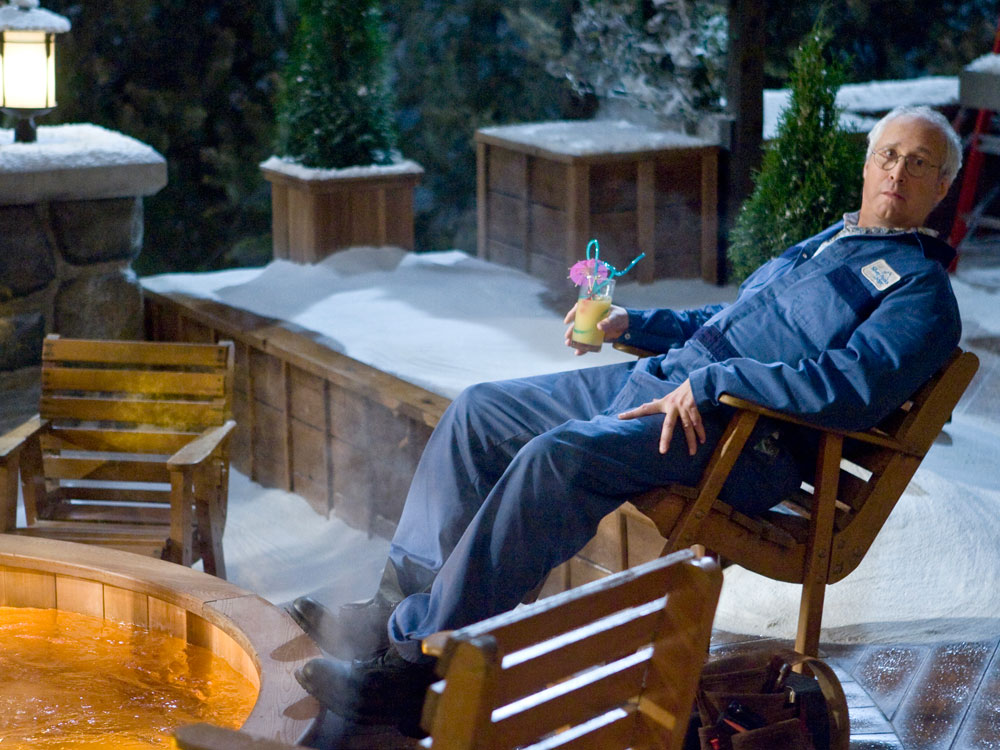 Gatekeeper: Chevy Chase plays a hot-tub repairman who may or may not be responsible for bringing the foursome back in time.

While Cusack gets top billing, and Craig Robinson once again proves his comedic gifts, it's Rob Corddry who owns the movie as Lou, a sex-crazed, alcoholic former metalhead who is far more at home amid the Iron Maiden T-shirts and bulky cassette Walkmans of his past than he is in his troubled present. Some actors might try to build pathos into the character, but for Corddry there's no tragedy, great or small, that can't be played for laughs.

Adam's nephew Jacob (Clark Duke) fills out the foursome as the voice of geeky modern-age reason, and it's ostensibly for his benefit that the rest of the group is desperately trying to re-create that long-ago night: In Back to the Future fashion, Jacob is flickering slowly out of existence, and the slightest deviation in the past could blink him out for good. The Back to the Future reference is completed by a brilliant scene-stealing turn from Crispin Glover, the original George McFly, who shows up here as the resort hotel's surly one-armed bellhop.

This is a movie made by and for the people who grew up on '80s pop culture; they're all grown up now, so the rating has gone from PG to R, the jokes are necessarily raunchier, and the tone has a darker, more realistic edge. (As realistic as a plot based on Jacuzzi-bound temporal shifts will allow, at any rate.) And though the title and subject matter — as with the notorious Snakes On a Plane — may seem like a plea for instant cult status, Hot Tub does a far better job earning it. It may not be as consistently uproarious or quotable as a movie like The Hangover, but Hot Tub Time Machine admirably turns a potentially one-note joke into a consistently funny package. Better yet, it even manages to engender a twinge or two of heartfelt nostalgia for the most culturally embarrassing of decades.