Accessibility links
Female Condom Reintroduced As Tool To Fight AIDS Female condoms have been around for almost two decades, but many women haven't even heard about them, much less used them. Now there's a movement to reintroduce the female condom to the public as an essential tool in the fight against HIV/AIDS. 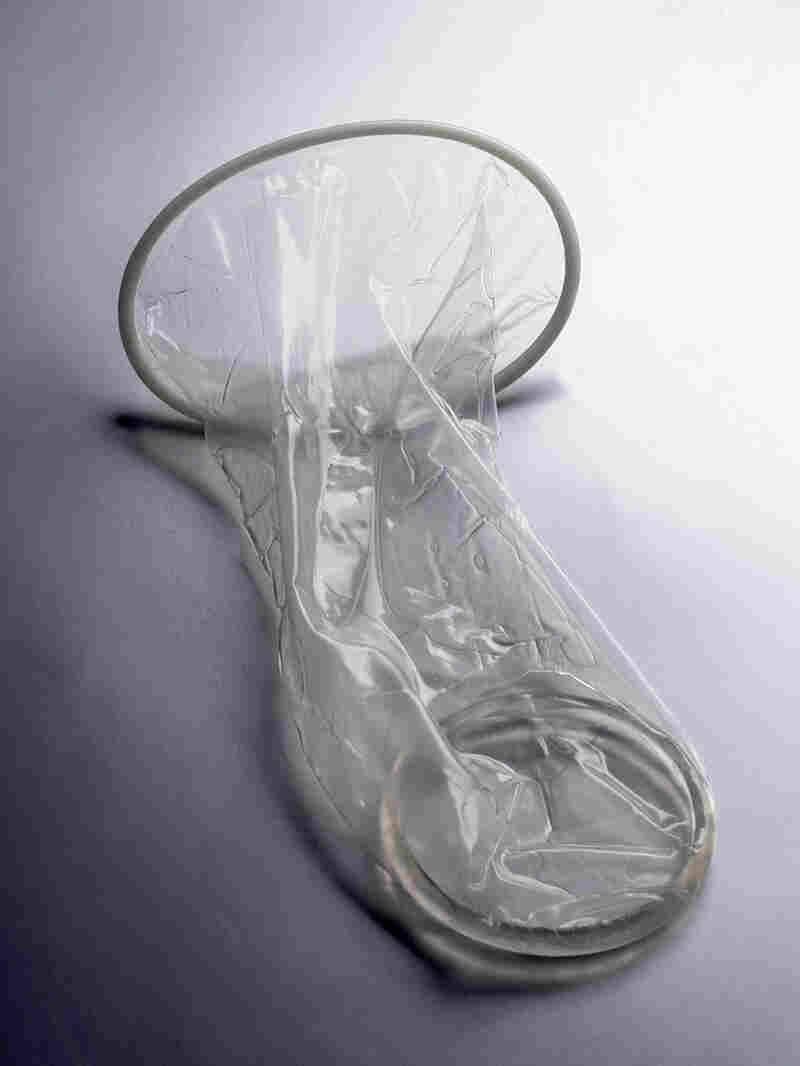 The new generation of the female condom, known as the "FC2," is being distributed free in the nation's capital, to help combat the city's high AIDS infection rate. Courtesy of The Female Health Co. hide caption 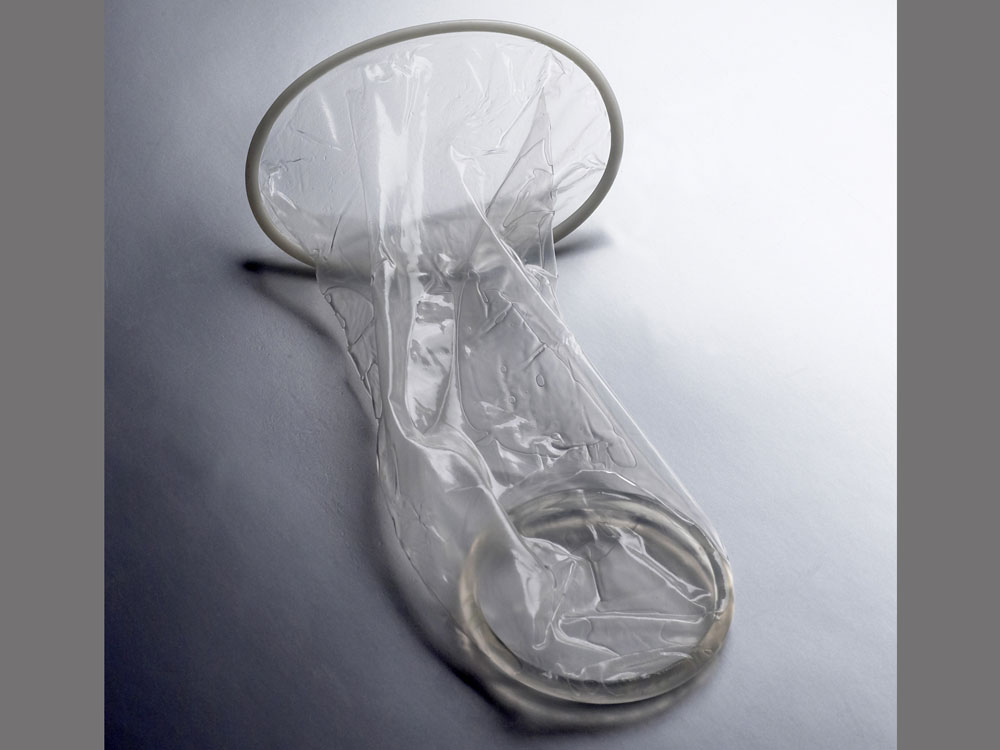 The new generation of the female condom, known as the "FC2," is being distributed free in the nation's capital, to help combat the city's high AIDS infection rate.

Courtesy of The Female Health Co.

Warning: This conversation includes intimate subjects, which may not be appropriate for all audience members.

Female condoms have been around for almost two decades, but many women have never heard of them — much less used one.

Now, there's a push to reintroduce the female condom to the public and make it an essential tool in the battle against HIV/AIDS. Motivating this move is the fact that the disease continues to be a persistent problem in the United States, particularly within African-American communities.

As those introducing the female condom are learning, it's not always easy to get people to adopt an unfamiliar product.

"Any time we have a new product, it's sort of scary and awkward and you have to figure it out a little bit," Dr. Shannon Hader, director of the Washington, D.C., HIV/AIDS Administration, tells NPR's Allison Keyes.

Hader and her colleagues are finding that the reservations that surround new products generally are compounded when the product is such an intimate one.

Cecilia Boyd, the development coordinator at the Pediatric AIDS Chicago Prevention Initiative, was tasked with distributing the condom to the women who come to her organization. That being the case, she thought she should try the condom out for herself.

"I thought, oh my god, this is huge! How am I going to get this thing in?" says Boyd, but she adds that, like so many things in life, practice makes perfect. "Once you try it a few times, you really start to get the hang of it."

The female condom looks like a larger version of the male condom. On one end there is an enclosed inner ring, which is inserted into the vagina, and on the other end is another ring that opens to the outside. It provides a lubricated, protective coating for the woman wearing it.

Boyd says that, in her experience, women have been wary.

"A lot of our women, particularly our African-American women that we work with, they're just like, I can't do that; I can't wear that. If I pull that out, my man's going to look at me like I'm crazy," she says. "It's unfortunate, but as long as we keep talking about it, maybe we can get more women using them."

Boyd does report that the condoms are popular in one of the demographics she works with — immigrants from Africa and Southeast Asia.

Hader likens the product to o.b. tampons, which came onto the market without an applicator. They were more environmentally sound, but they required more work for women upon insertion.

"It took a little bit of early adventure," she says, "[from] women who are less scared."

Ultimately, the tampons gained a buzz and took off. Hader is hoping for the same takeoff for the female condom.

The product has been updated since it was first introduced two decades ago. The version on the market now has a softer material, which warms up immediately. And Hader says that early focus groups found it had another benefit, which is now being used to entice new users.

"The outer ring is this rolled material ... that just fits over the outer lips and clitoris," she says. "Some people say it becomes an added enhancement to your sexual activity."

Motivating the push to reintroduce the female condom is the fact that HIV/AIDS continues to be a persistent problem in the United States, particularly within African-American communities.

"We have persistent impressions of 1981, that maybe HIV is still just a gay white man's disease," says Hader. "That probably wasn't true at the time either. But we know now for sure, HIV is a women's disease too."

And the disease has struck the nation's capital with a particular vengeance. The breadth of the epidemic was captured recently in a media campaign by the AIDS Healthcare Foundation that used the slogan, "AIDS is D.C.'s Katrina."

The MAC AIDS Fund is providing the funding to distribute half a million female condoms specifically in Washington, D.C. The fund's executive director, Nancy Mahon, reports that the project has been a public-private partnership between her organization, the CDC and CVS drugstores, which has agreed to carry the female condom, so that women who try the free condoms and like them will have a place to buy them.

The free condoms will be distributed in clothing stores, beauty salons and other public gathering places.

"The best examples oftentimes have been barber shops and beauty salons, where people hang out," Hader says. "They start conversations, and even just having that fishbowl of condoms there, starts people talking about sex ... so we think these are really friendly places to introduce some of these really important safer sex products."

The female condom may not be for everyone, she acknowledges, but it is one more weapon in the fight against the spread of HIV and AIDS.