Accessibility links
Opponents Work To Block Health Bill At State Level Once President Obama signs the health care bill into law Tuesday, its opponents will move to the next front: attacking the overhaul as unconstitutional. Those who dislike the bill have been gearing up for the legal fight for months. 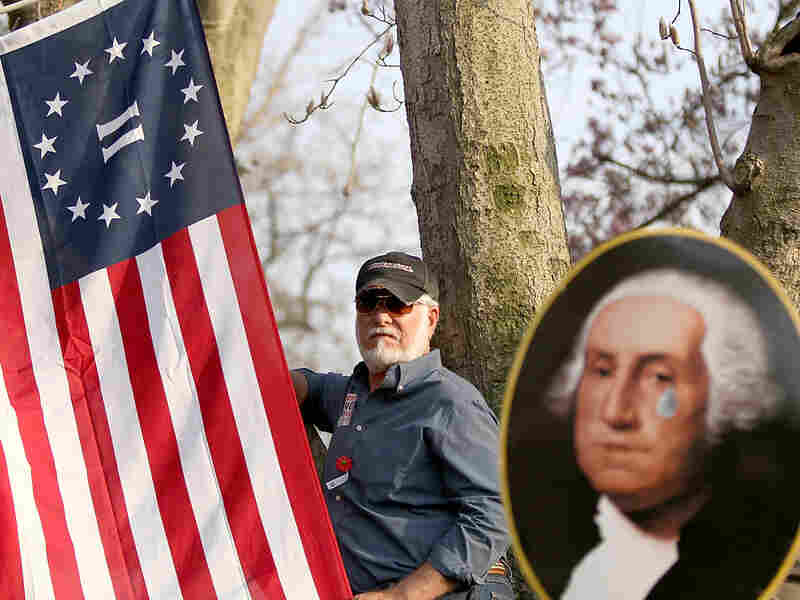 Carl Seymour of Florida was among those protesting the new health care bill this weekend. Florida is one of 12 states already planning a lawsuit to challenge the federal legislation, saying it undermines states' authority. Mark Wilson/Getty Images hide caption 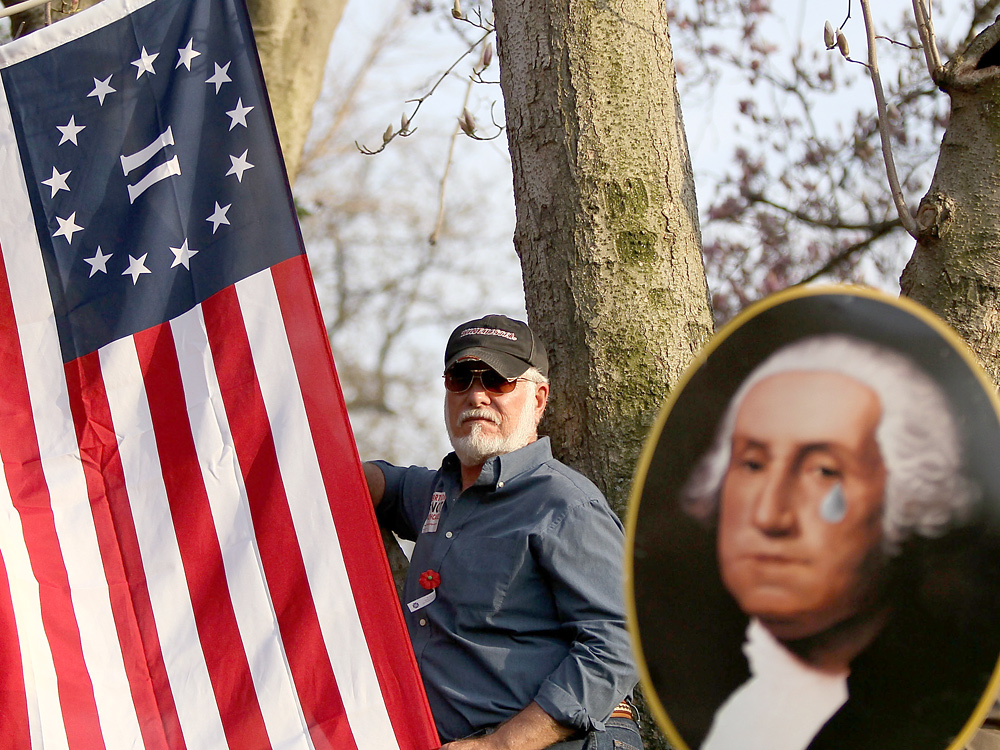 Carl Seymour of Florida was among those protesting the new health care bill this weekend. Florida is one of 12 states already planning a lawsuit to challenge the federal legislation, saying it undermines states' authority.

Once President Obama signs the health care bill into law, look for opponents of the bill to move quickly to the next front: attacking it as unconstitutional.

Opponents have been gearing up for the legal fight for months. Some of the challenges that will be filed in court are widely viewed as frivolous, while others are not.

The first will likely come from states that have enacted laws to exempt themselves from the bill. The Goldwater Institute's Clint Bolick is among those who have spearheaded the drive in the states to opt out of various provisions in the law, including the mandate to buy health insurance.

"Here you have a right that's been recognized under the Constitution — namely the right to direct one's own medical affairs without excessive government regulation," he said, and "you've got an area that is traditionally a matter of state concern, and the federal government is trying to impose on it."

Virginia and Idaho have already enacted opt-out laws, while similar laws have been proposed in 34 other states.

Virginia Attorney General Ken Cuccinelli acknowledges that normally, federal laws trump state laws, but he contends that is not the case with the health care overhaul.

However, a wide variety of experts and scholars across the political spectrum say opt-out state laws are a political exercise with no legal effect.

"The notion that a state can just choose to opt out is just preposterous," says former Reagan administration Solicitor General Charles Fried. "One is left speechless by the absurdity of it."

Washington and Lee law professor Tim Jost calls the state opt-out laws "political theater" — an expression by the states that they don't like the federal law, but an expression that has little, if any, legal effect.

More serious, however, are the direct legal challenges to the mandate. Jost says it's hard to think of a situation before in which "Congress has required people to purchase a product in the commercial market."

On the other hand, federal mandates are nothing new. Fried defended many of those mandates when he served as the Reagan administration's advocate in the Supreme Court.

"We have tons of laws that impose obligations on people," he said, "and some people would rather not participate, starting with the Internal Revenue code" — or the draft in wartime, or Social Security, or environmental restrictions on the states.

Lawyer David Rivkin represents Florida and 11 other states that plan to bring legal challenges to provisions of the law. In addition to the mandate for buying insurance, he says the statute co-opts state authority to an "unprecedented" degree by telling state officials to set up insurance exchanges and regulate insurance companies according to federal standards.

The Obama administration is taking nothing for granted. It is already setting up a cadre of lawyers to defend the health care overhaul.

The last word will come, of course, from neither lawyers nor politicians. It will come from the U.S. Supreme Court — a court that has moved dramatically to the right in the past few years.