Accessibility links
Stay-At-Home Dads Grapple With Going Back To Work As the recession left millions of Americans without a job, some men decided to stay home and take care of their kids. But as the economy improves, they're finding that re-entering the workforce isn't easy. Some say they're happy at home, while others face a hard time selling their daddy skills to employers. 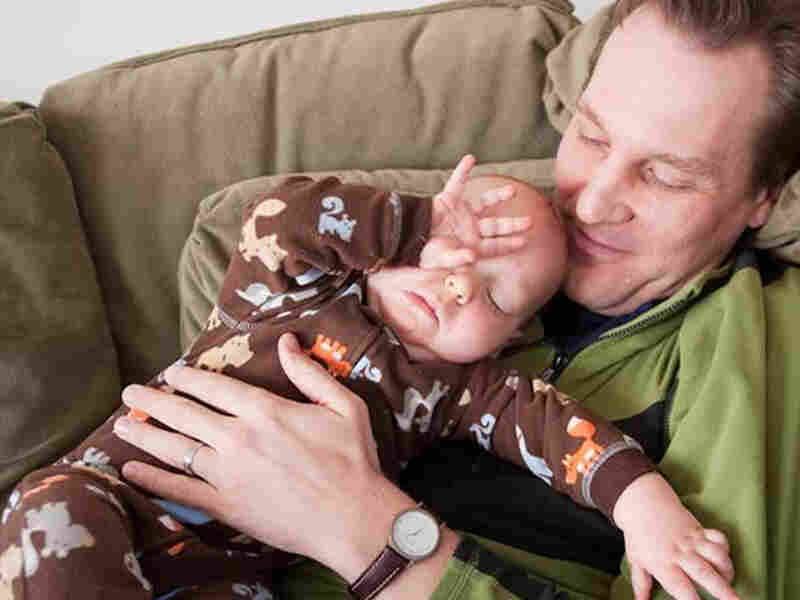 Michael J. Madsen just sent his notice giving up his part-time gig teaching commercial photography. He says he's happy staying at home with his son, Jenson, and when he enters the workforce again, he'll be a baby photographer. Courtesy of Michael J. Madsen/michaeljmadsen.com hide caption 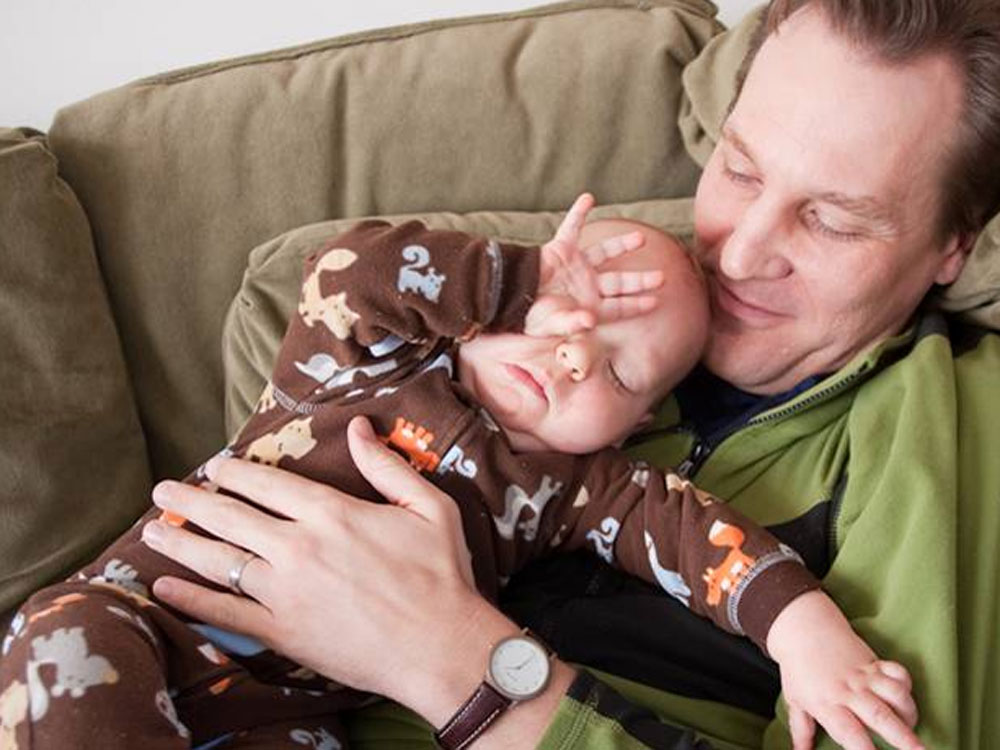 Michael J. Madsen just sent his notice giving up his part-time gig teaching commercial photography. He says he's happy staying at home with his son, Jenson, and when he enters the workforce again, he'll be a baby photographer.

Folk was laid off from the National Association of Home Builders last summer, shortly after the birth of his twin boy and girl. Instead of entrusting the babies to a babysitter while he looked for work, he decided to stay home — at least temporarily.

"It's so rewarding," he says. But Folk is starting to think about getting a job this summer. "I just had a phone interview last week, which is hard to do with kids," he says.

A Growing Number Of At-Home Dads

Even before the recession began, the number of stay-at-home dads was on the rise. According to the Census, in 2006 there were 159,000 fathers with working spouses who stayed at home to care for their families, up from 105,000 in 2002.

But that's only part of the picture, says Aaron Rochlen, an associate professor at the University of Texas at Austin. Rochlen, who studies gender roles and psychology, says many dads with working wives try to work part time or consider themselves "consultants." But many are, in fact, the primary caregivers to their children.

By that expanded definition, he says, there are about 2 million at-home dads. That number has also likely risen during the recession because about 70 percent of the lost jobs affected men.

At a play group for stay-at-home dads and their children in Arlington, Va., there are several fathers who found themselves sidelined from the workforce during the recession.

On one side of the room, Michael J. Madsen shows off baby photographs. Madsen just sent his notice giving up his part-time gig teaching commercial photography. When he re-enters the workforce, he says, he'll do so as a baby photographer.

Although Madsen is happy for now staying at home with his son, other dads in the play group say they've considered what it might be like to start working again after their hiatus from the office.

When Dave Cavey, his wife and their two daughters moved back from Abu Dhabi last summer, Cavey could not find a job. After a couple of months of paying more than $2,000 in child care while he engaged in a "fruitless" attempt to find a job, Cavey decided to pull the kids out of day care and stay home.

"I definitely don't miss looking for a job," he says. But he is concerned about letting his skills atrophy or putting a big gap between jobs on his resume. So he's running for a position on the board of his condo association, and he is volunteering for the National Park Service and the City of Alexandria, Va. "I'm trying to do things to pad my resume," he says.

Rami Cohen's architecture firm lost lots of business, so it furloughed employees to two days a week — then, temporarily, to no days a week. That left Cohen available to care for his 2-year-old daughter, Aviva, while his wife worked.

Cohen says he enjoys taking care of Aviva full time. When work picks up again, when the economy improves, he says he doesn't know how he'll feel about working full time, though he might not mind discussing things other than Sesame Street and snacks.

"There's something to be said about having a little bit of a breather," he says, referring to time spent in the office.