Accessibility links
Burning Away Cash: Pension Plight In Rhode Island The city of Cranston, R.I., used to operate a separate pension fund for hundreds of police and firefighters who contributed money from their paychecks to the fund. But instead of setting the money aside and investing it, the city spent it on operating expenses. 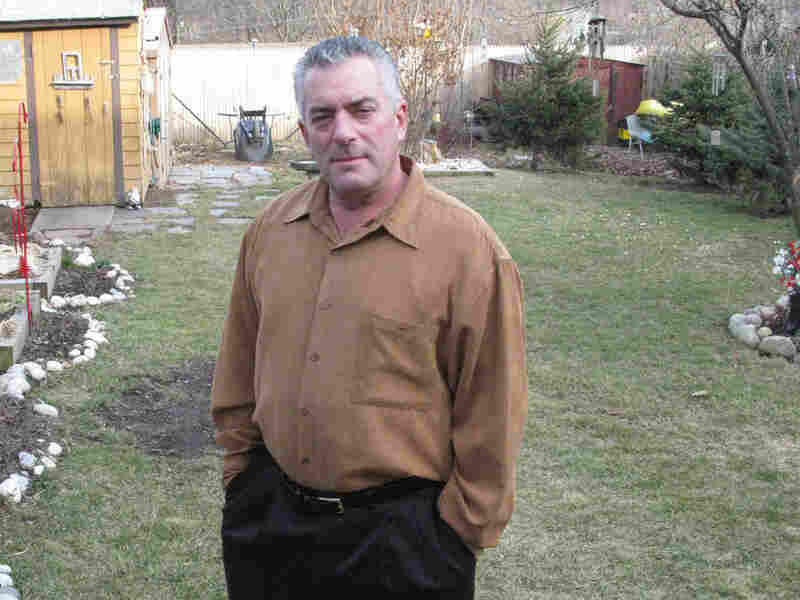 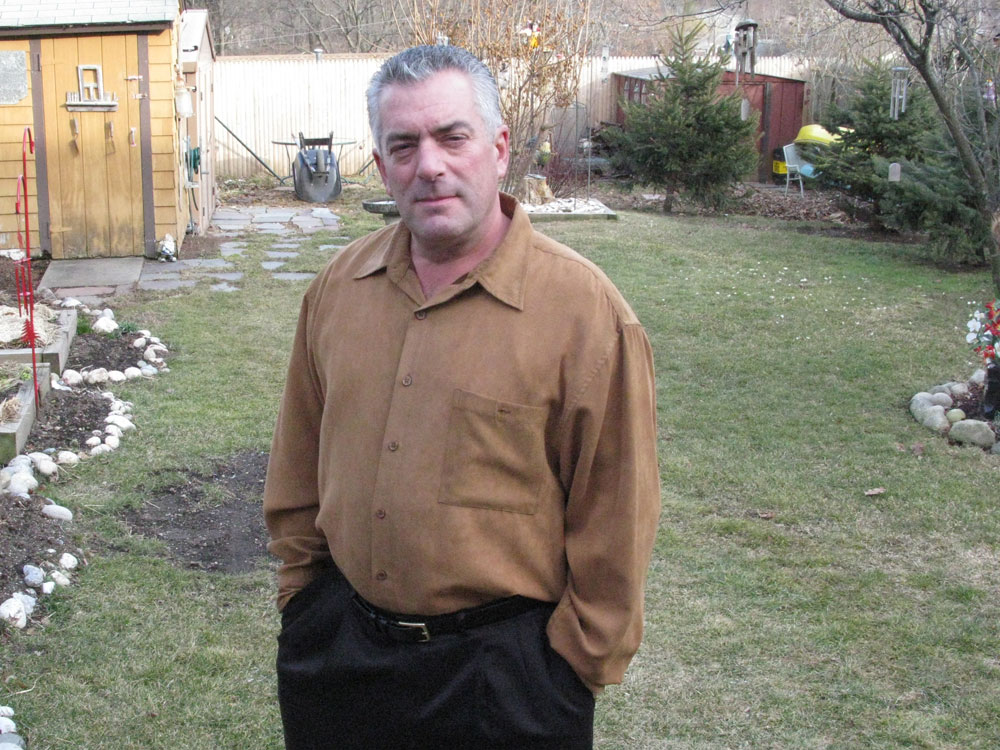 Retired firefighter John DeGenova from Cranston, R.I., says good pension benefits were one of the reasons he entered his profession.

As a longtime firefighter in Cranston, R.I., John DeGenova knew he'd never make as much money as some of his friends in the private sector. Some people he knew even seemed to look down on him for working for the city.

Yet DeGenova stuck it out, in part because he knew the job promised a solid pension and retirement benefits: Firefighters could retire after just 20 years on the job with half their salary, and more if they stayed longer.

"I had the security. That was always very important to me," DeGenova says, sitting at a small table overlooking the backyard where he's taken up gardening. Although he's at an age when most people are still working, DeGenova retired not long ago.

"You know, I was pushing 50, and to be honest with you, it just wasn't as physically easy for me anymore," DeGenova says. "In a lot of career fields, you're still a young man at 50. In that game, you're not."

When it comes to pension funds, most people hope their future retirement income will be managed in a conservative way. These ten funds top the list of state funds with a "risky" investment strategy, meaning the lion's share of investments are not in fixed income or cash holdings.

The "risky" investment calculation is based on a formula derived by Northwestern University finance professor Joshua Rauh. It consists of the combined percentages of all investment types listed, except fixed-income and cash.

But the comfortable retirement promised to retired firefighters and police officers is taking its toll on the city where DeGenova still lives. Today, Cranston is staggering under a huge underfunded pension liability equal to more than twice its annual budget, and paying the pensions of retired police officers and firefighters now absorbs some 20 percent of the city's budget.

"Right now the unfunded liability is well over $240 million," says Mayor Allan Fung. "And so it's a big obligation and is basically a ticking time bomb for the city of Cranston that we are trying to get a handle on."

How this happened is a monument to political shortsightedness. For years, Cranston operated a separate pension fund for more than 500 police and firefighters who regularly contributed money from their paychecks to the fund. (Other municipal employees were part of the state pension system.) Instead of setting the money aside and investing it, the city used the funds to pay operating expenses — everything from shoveling snow to paying employee salaries, says former Mayor Stephen Laffey.

"It was like taking your 401(k) plan and saying, 'I have to buy a lot of bubble gum with it.' That's what they did, and they really did it with a straight face," Laffey says.

Taking The City To Court

Union leaders complained about what the city was doing and took Cranston to court in the 1970s, to no avail, says Paul Valletta Jr., president of Local 1363 of the International Association of Firefighters.

"We would always say, 'Something has to be done here,' but they were going on the way they always went on, using that money for other purposes," Valletta says. "It was politically better for them. They didn't have to raise taxes. They could use that money on things that enhanced their political careers."

As mayor, Laffey sometimes had to approve retirements for people who were just 39 or 40 years old. They would receive half their salaries, with regular raises and with health care for them and their families. They were also free to take other jobs, he notes.

Union officials say that what seems like an overly generous retirement package is small compensation for a job that can be grueling and dangerous. Moreover, the pensions weren't gifts from the city, but negotiated in collective bargaining. 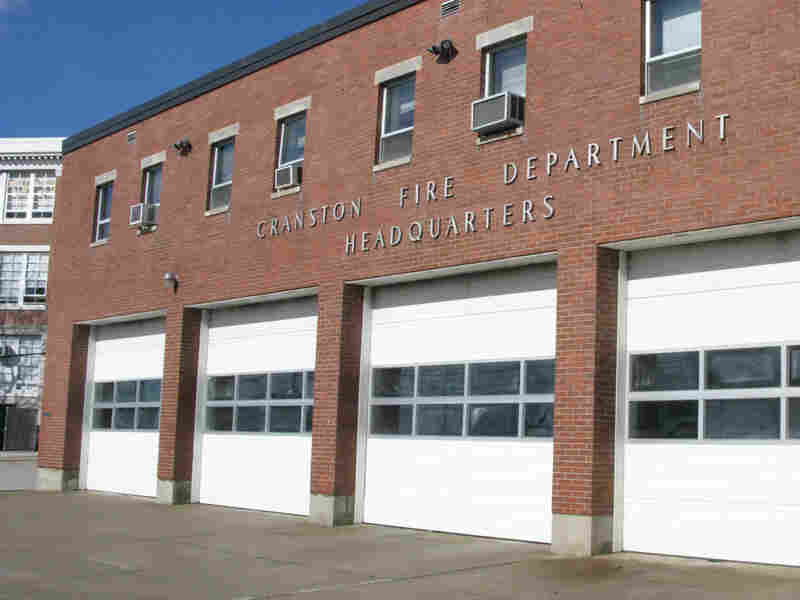 The Cranston Fire Department's pension system was underfunded for years, and now the city is having to pay retirement benefits out of its operating budget Jim Zarroli/NPR hide caption 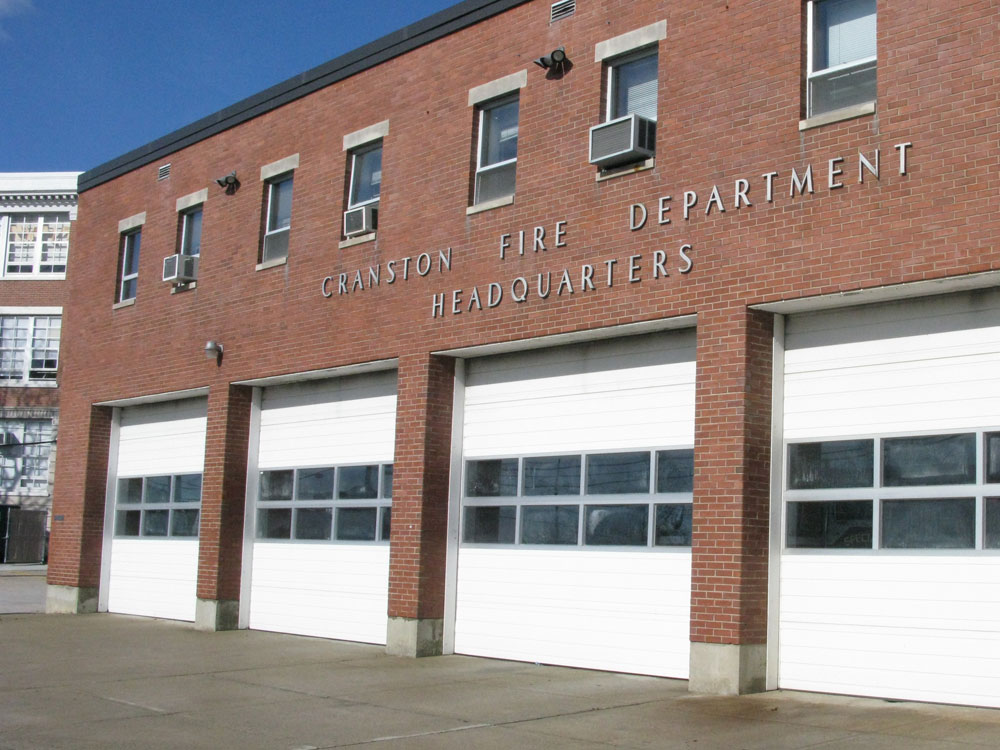 The Cranston Fire Department's pension system was underfunded for years, and now the city is having to pay retirement benefits out of its operating budget

"They haven't just handed us these benefits," Valletta says. "And people have to understand, we've given up raises and we've given up other monetary things over the years to get these pension benefits. We've sacrificed now to have benefits when we retire."

Shifting Into The State's Pension System

In the 1990s, Cranston shifted its police and firefighters into the state pension system, which has underfunding problems of its own. But the city is still obligated to pay benefits for employees hired before that, a burden that is costing the city dearly. It means Cranston has less money to fix its aging sidewalks, pay employees or build a commuter rail station that Mayor Fung says could revitalize the city's economy.