Accessibility links
CEO Says ACORN 'Isn't Dead Yet' In an NPR interview, ACORN chief Bertha Lewis said the activist group isn't disbanding — but the group's spokesman reiterated a Monday statement that it would close in the coming months. 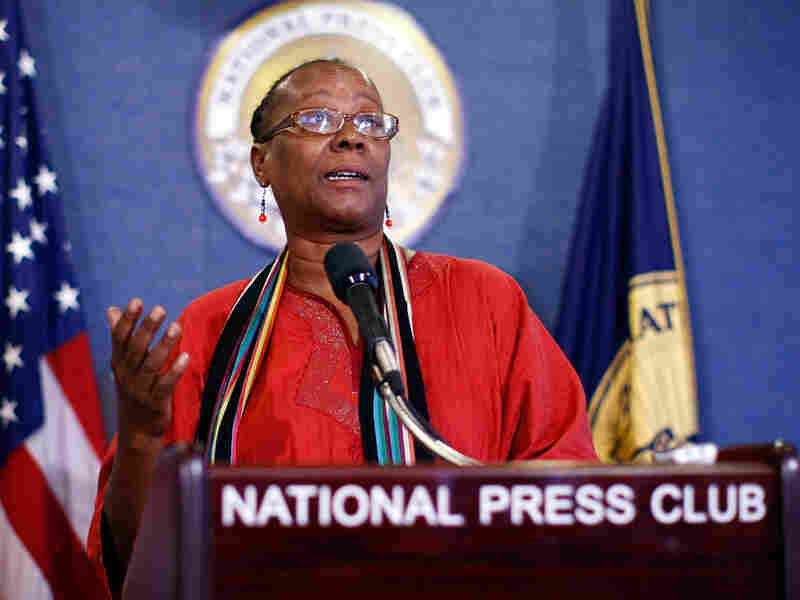 ACORN CEO Bertha Lewis speaks at the National Press Club in October 2009. Lewis told NPR that her group is not disbanding, despite comments by an ACORN spokesman that it would. Win McNamee/Getty Images hide caption 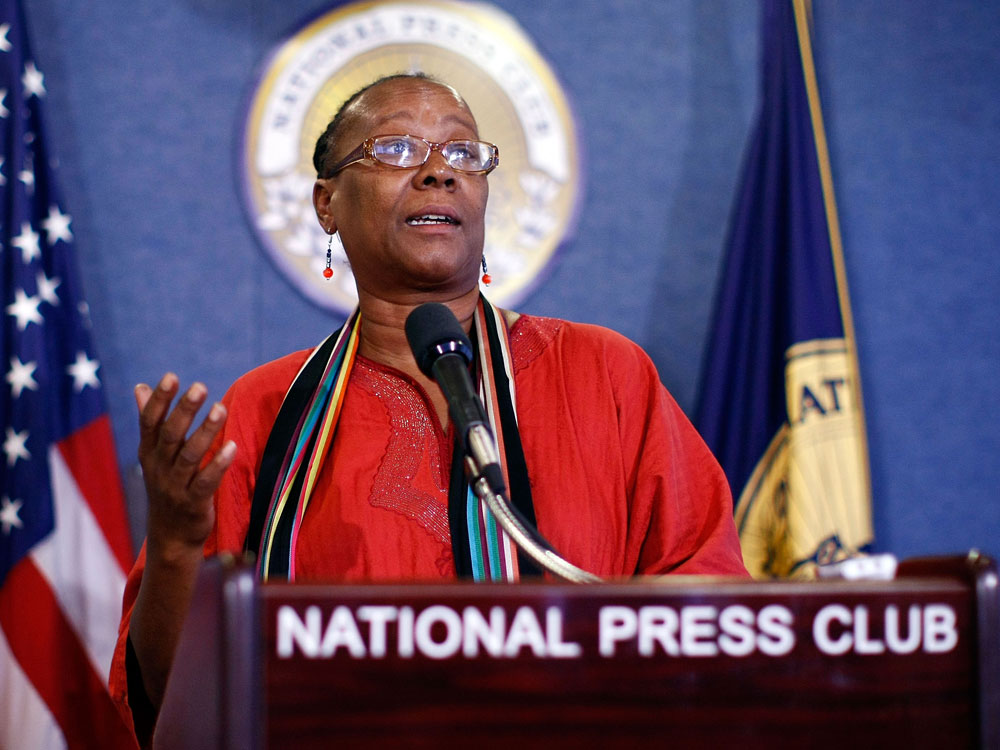 ACORN CEO Bertha Lewis speaks at the National Press Club in October 2009. Lewis told NPR that her group is not disbanding, despite comments by an ACORN spokesman that it would.

ACORN isn't disbanding despite a scandal that has caused membership to dwindle and revenues to dry up, the embattled activist group's chief executive officer told NPR on Tuesday.

"We're not dead, yet," ACORN CEO Bertha Lewis told NPR's Allison Keyes on Tuesday's Tell Me More. "Some of our state chapters have chosen to go their own way. We haven't been able to maintain the resources, state-by-state, that we had, so we have gotten a little bit smaller. We've had to change some of our programming."

But Lewis' statements came only one day after a group spokesman announced its governing board had approved a plan to close operations in the coming months. The plan includes closing ACORN's remaining state affiliates and field offices by April 1 and developing a plan to resolve the group's debts and other issues.

Tuesday, ACORN spokesman Kevin Whelan reiterated that ACORN would close in the coming months. He said Lewis' comments may reflect the organization's efforts to settle outstanding business issues before it closes its doors.

"I think Bertha's main point is that ACORN has not gone out of existence, yet," Whelan said. He said ACORN is still actively pursuing a lawsuit over the congressional ban on funding. The group has said the action was unconstitutional because it singled out ACORN.

ACORN attorneys have until Friday to respond to the government's motion for U.S. District Judge Nina Gershon to stay her order to reinstate funding pending appeal to a higher court.

Whelan had announced the board's decision Monday, saying it was made because of "really declining revenue in the face of a series of attacks from partisan operatives and right-wing activists that have taken away our ability to raise the resources we need."

Congress voted last year to prohibit the government from funding ACORN after an embarrassing video — first posted on the conservative BigGovernment.com Web site — showed ACORN employees giving legal advice to conservative activists posing as a prostitute and a pimp. The U.S. Census Bureau and the IRS had partnered with the group on tax assistance projects and the census taking efforts.

ACORN has also been dogged by allegations of voter registration fraud, and last year a lawsuit and internal power struggle set off allegations that the group's founder had misappropriated nearly $1 million. The lawsuit filed in August by two board members accuses ACORN founder and former chief organizer Wade Rathke of either concealing or failing to properly report that his brother, Dale, embezzled around $948,000 from New Orleans-based ACORN and affiliated charitable organizations in 1999 and 2000.

ACORN — Association of Community Organizations for Reform Now — was founded in 1970 with the aim of helping low-income Americans take on a host of economic and social issues, including homeownership, affordable housing and voting rights through community-based organizations.

Embarrassment over the video issue has led a number of the group's state affiliates to drop their membership and change their names. New York ACORN is now known as New York Communities for Change, and California's ACORN changed its name to the Alliance of Californians for Community Empowerment.

"It has become increasingly clear to the leadership, staff and members in California that the serious challenges ACORN is facing are jeopardizing the important work we are doing here in California," the alliance said in a statement on its Web site.

Other groups around the country are expected to follow suit. Lewis told NPR the group is "transforming" itself into a "leaner and meaner" group as it continues to fight a congressional ban on government funding that has caused the group to scale back on services to low-income Americans.

Lewis said ACORN has repeatedly been vindicated, but has not been able to recover.

"The damage was done, and even though we've been vindicated time and time again, vindication doesn't pay the bills," said Lewis.

Gershon ruled late last year that the congressional ban on funding to ACORN was unconstitutional, but funding has not been restored. The government asked Gershon to reconsider her ruling, but she denied the request earlier this month.

In her decision, Gershon said Congress could investigate ACORN's activities but could not "rely on the negative results of a congressional or executive report as a rationale to impose a broad, punitive funding ban on a specific, named organization." The government is appealing the decision.