Accessibility links
The Jayhawks, Live in Studio 4A The Jayhawks were at the forefront of the modern "alt-country" sound. There first album, 1991's Hollywood Town Hall, is a favorite of music critics and a devoted fan base. Now the Jayhawks have a new album and a new passion for spreading the word. Hear full-length cuts from their live performance in NPR's Studio 4A.

Listen
The Jayhawks, Live in Studio 4A 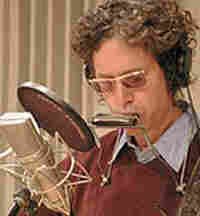 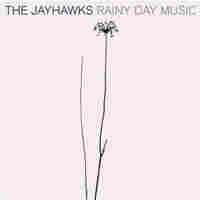 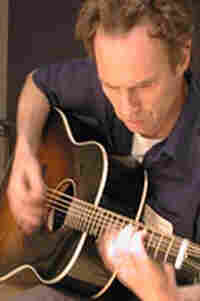 It's been around for a while — Bob Dylan, Gram Parsons, The Byrds and Neil Young were early influences.

Twenty years ago, a band called The Jayhawks were local favorites in the Minneapolis and St Paul, Minn., club scene. A local independent label, Twin/Tone, released some of their early work, but the band was little known beyond the Midwest.

Then one day a producer for a big record label telephoned the Twin/Tone offices, and music executive George Drakoulias heard music by the Jayhawks playing in the background. He signed them to Def American Records.

Hollywood Town Hall, produced by Drakoulias, was released by Def American Records in 1991. It's been a favorite of music critics and alt-country fans ever since.

But a major label, a solid reviews and a passionate Jayhawks fan base didn't quite fill the arenas. Their last CD, Smile, shaped by Pink Floyd and Alice Cooper producer Bob Ezrin, was dubbed a classic by the New York Times. But that still didn't boost the band to the big time.

Band member Marc Perlman told the Times: "I wish we were huge rock stars, but we're not." But they just might get the chance with Rainy Day Music, the Jayhawks' latest effort, this time on the American/Lost Highway label.

The personnel from the Jayhawks has changed considerably over the years. The original core of the group included Louris and Marc Olson — who is married to singer Victoria Williams.

Olson left to concentrate on making music with Williams, but Louris still contributes his signature songwriting skills to the band's songs.

In contrast to the pop sound of Smile, Louris says he wanted to write songs for Rainy Day Music "that sounded good on an acoustic guitar." There's a happy, yet simultaneously melancholy feel to many of the songs — a sound Louris says has a "rainy day, English countryside feel."

As for their time in the spotlight, Perlman says: "We've always been a little early or a little late... With this record, I think we're right on time."