Accessibility links
Hit Back At Bullies? Not At This School Anti-bullying efforts are part of the culture at one Maryland middle school. Kids are learning how to handle intimidation and avoid getting into even bigger trouble. And studies show that programs like this one may actually work. 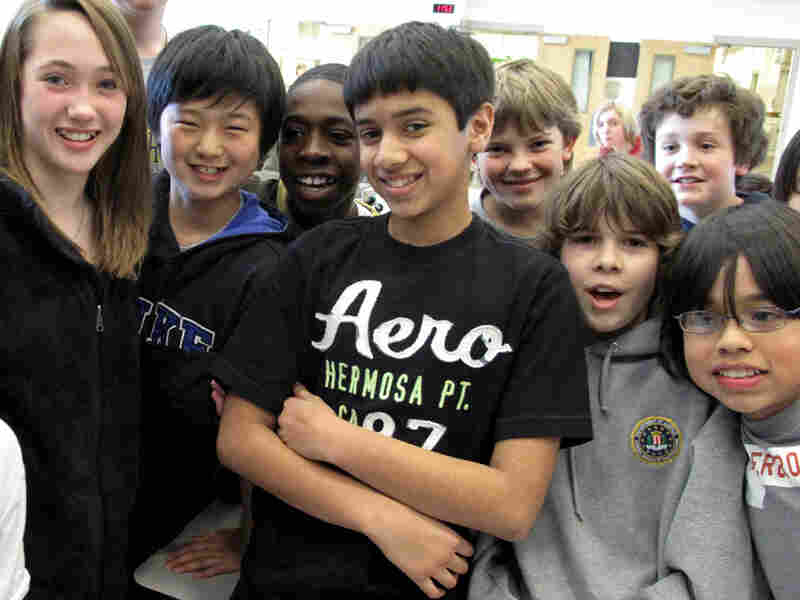 Jay Kulkarni and his lunch mates at Urbana Middle School near Frederick, Md., all say they have been bullied. But they are learning how to fight back — by not fighting back. Instead, their school tries to address the culture of bullying and teaches kids how to deal with the problem. Larry Abramson/NPR hide caption 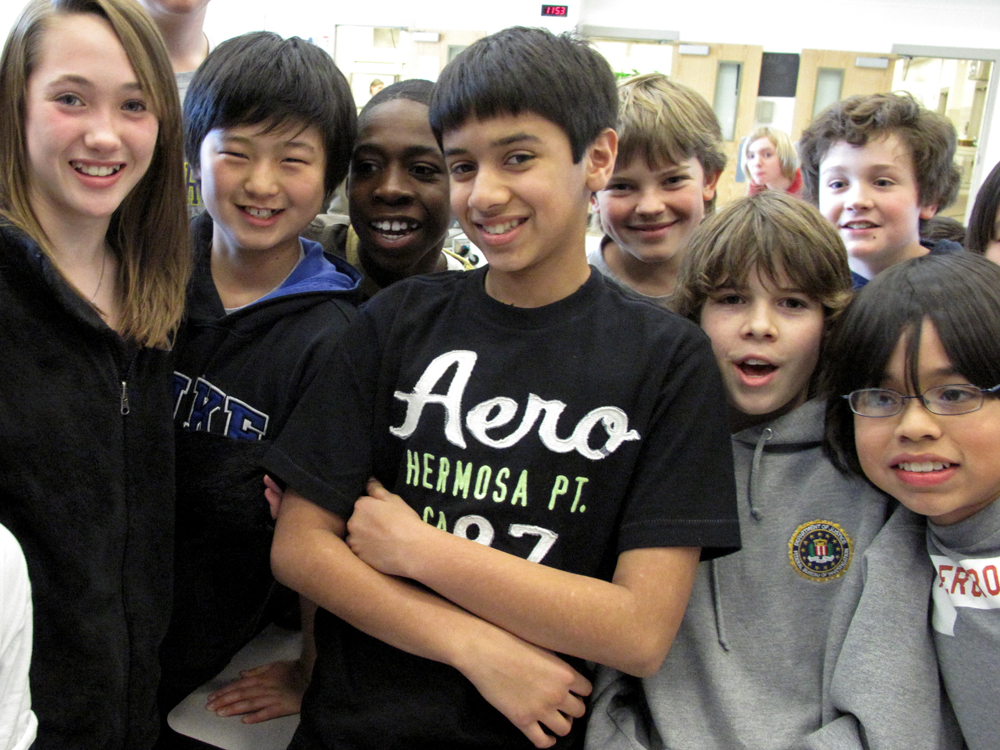 Jay Kulkarni and his lunch mates at Urbana Middle School near Frederick, Md., all say they have been bullied. But they are learning how to fight back — by not fighting back. Instead, their school tries to address the culture of bullying and teaches kids how to deal with the problem.

The cafeteria at Urbana Middle School outside Frederick, Md., is a happy, sunny place, redolent of corn chips and pizza, the daily special.

A group of sixth-grade boys look up from their food. Question: Do you guys all feel like at some point in your lives, somebody has bullied you? Answer: a chorus of "yeah!"

Stupid question. Of course they have: They're middle schoolers.

'Twas ever thus, right? But Principal Frank Vetter says it doesn't have to be that way.

"Most parents," he says, "commiserate with me, and say, 'You work at a middle school!' People sort of remember back to how challenging that time was. So anything we can do to help kids, parents will be supportive of."

That's why the Olweus Bullying Prevention Program tries to turn anti-bullying efforts into part of the school culture, rather than just the topic of an occasional assembly. 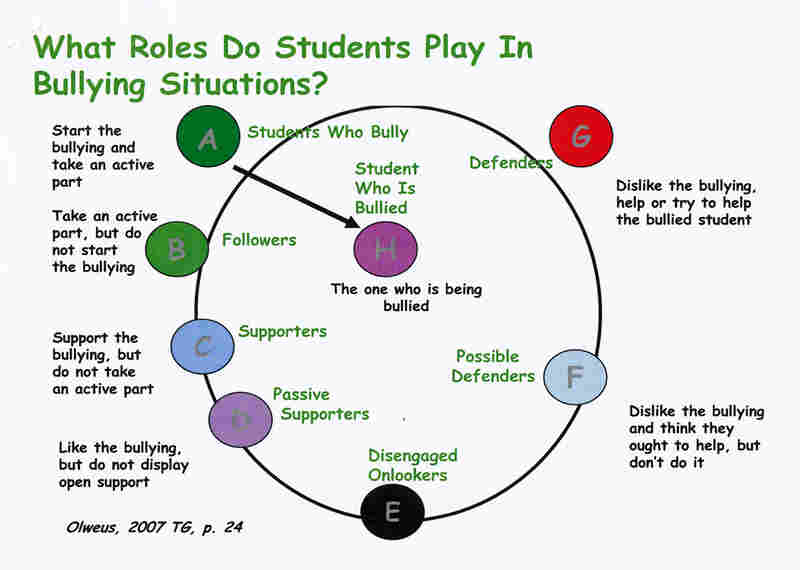 The "Circle of Bullying" illustrates how the social phenomenon works and shows the roles — bully, victim, supporters, followers, defenders — of those involved. Hazelden Publishing hide caption

The concepts are simple: Don't bully, help those who are being bullied and tell an adult what's going on. Pearre tries to reinforce the idea that the bully doesn't act alone. The community can take away the bully's power by refusing to cheer him on, by telling an adult, or perhaps the ultimate step: stepping in to help the victim.

"Sometimes they are not mature enough to make that step yet," Pearre says. "But we're just as happy if they let us know, and we can intervene."

One of the most important things they do at Urban Middle is talk about bullying. It's more than just a response to occasional incidents: It's part of the curriculum. In one classroom, teacher Leslie Pearre shows slides that illustrate how this social phenomenon works.

"This is the circle of bullying," Pearre explains during a classroom meeting devoted to the subject. She points to a chart that illustrates the roles: passive supporters, followers, the bully, the victim, and possible defenders.

Watching this class, any former middle schooler might recoil and think, "It's wrong to rat on friends." And student Jay Kulkarni voiced what every boy listening to this lesson had to be thinking: "So if someone comes up to you and like, punches you, or does something physically violent, how do you defend yourself? Do you just stand there and watch?"

Don't let it get to that point, kids are told. Don't resort to violence, because it's wrong. And, as Pearre explains, it will land you in even bigger trouble.

"Frederick County Public Schools has a zero-tolerance policy for any kind of physical violence," she warns.

Staying out of fights isn't just a good idea; it's the law. And principal Vetter says he's out to stop bullying in part because he must.

"The state of Maryland requires that we report all bullying incidents, all incidents of harassment. They require various interventions that we do."

The kids seem to be absorbing this idea. But researcher Catherine Bradshaw of Johns Hopkins University, who has worked with this school system, says getting through to parents isn't as easy.

"We've done research on this issue, and quite often parents will tell their kids, 'Don't get into fights, don't do that. But if somebody hits you, you better hit back.' And sometimes that's where the rub is, between messages they hear at home and what is the reality in the school setting."

Bradshaw says these programs can be successful if they are consistent. That means a school has to keep at it, since new kids enter the school throughout the year. Sixth-grader Jay Kulkarni has certainly learned to talk to the talk.

"I think these discussions are very productive, because we're not influenced to be the bully," Jay says, while his friends crowd around, vying for their chance to talk to a reporter. "I think the bully is very insecure when he bullies, because maybe he or she has a bad life at home or gets abused by parents."

Jay sounds like he may have a future as a social worker. Or he may just have a better chance of avoiding the intimidation that is standard fare for many kids.

Though this stuff is hard to measure, a recent study suggests it may be working. On a national survey funded by the Department of Justice, students reported fewer incidents of bullying.