Accessibility links
Can Cornell Top Kentucky? It's A Matter Of Style Cornell takes on No. 1-seeded Kentucky on Thursday in the NCAA men's basketball tournament. The Ivy League school might have an alumnus — William Strunk of The Elements of Style fame — on its side. 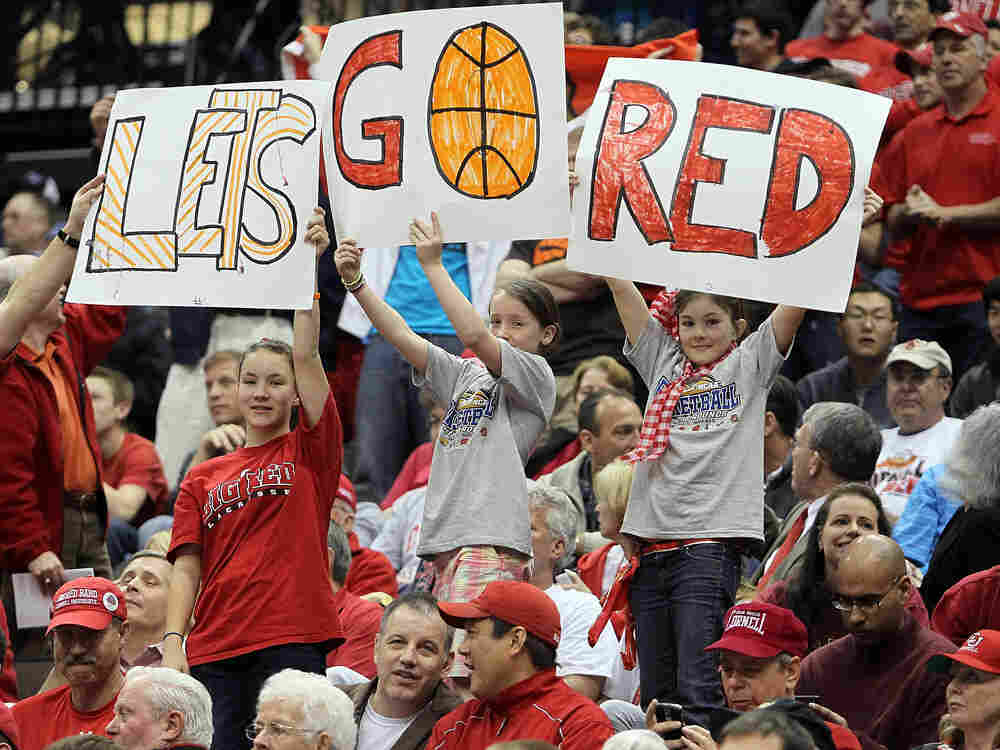 Cornell fans were out in force as the Big Red knocked off Wisconsin in the second round of the NCAA men's basketball tournament. Andy Lyons/Getty Images hide caption 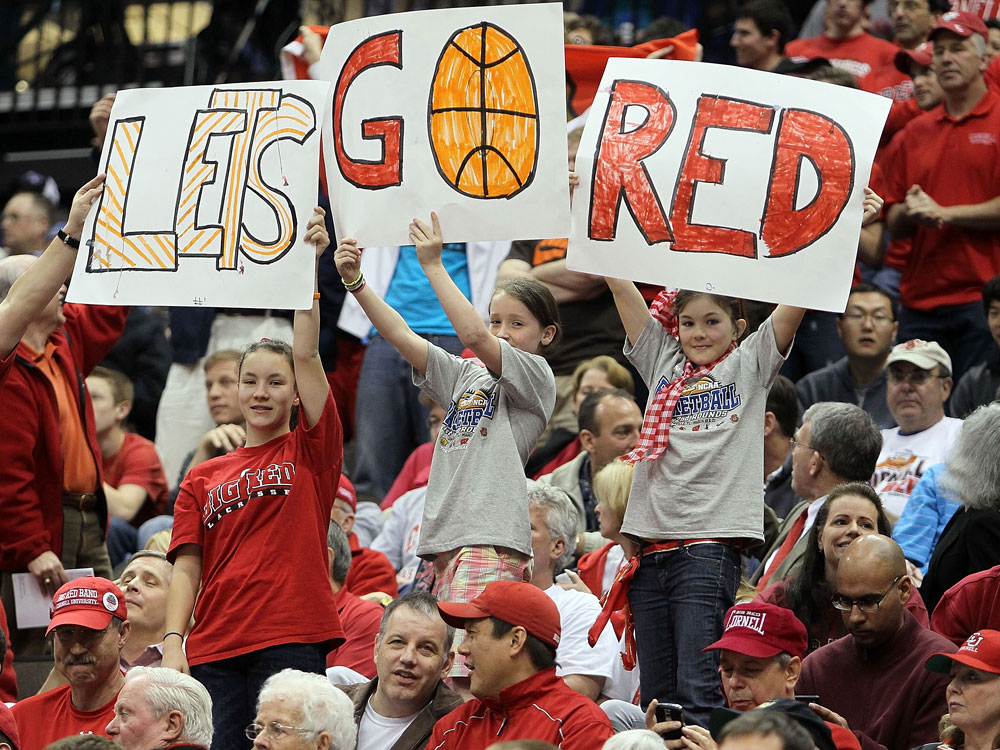 Cornell fans were out in force as the Big Red knocked off Wisconsin in the second round of the NCAA men's basketball tournament.

As the NCAA men's basketball tournament resumes tonight with the Sweet Sixteen, the Kentucky Wildcats — a top seed full of players who will be starters in the NBA — will face an opponent with some players who have set their sights instead on MBAs.

Still, basketball buffs say the Cornell Big Red is a really good team, with a legitimate chance of pulling an upset.

Cornell alumni include Drs. Atkins (of the diet), Heimlich (of the maneuver) and C. Everett Koop (of the beard). Among their men and women of letters is professor William Strunk, who wrote The Elements of Style, the quintessential guide to usage and grammar.

Strangely, the guide also provides some insight into the basketball team. As heard in the audiobook version, Strunk advised writers to take it hard to the hoop:

The habitual use of the active voice makes for forceful writing.

Cornell is a team that plays in the active voice. Past Ivy League champions, notably Princeton, slowed the game down and waited for a defensive breakdown as an opportunity to make a move. But Cornell's coach, Steve Donahue, knows that's not the key to his team's style of basketball.

"For us to win this game, we need to be the team making plays," Donahue says. "We've got to be the aggressor."

Such punctuation is indefensible.

Wittman's game and enthusiasm are hard to contain.

"Our passion buckets are gonna be filled to the brim tomorrow," he said at a recent news conference.

Passion buckets? It's actually an insider's phrase known to listeners of Dan Patrick's syndicated radio show. Confounding the media with statements of veiled origin has become a specialty of this Cornell team. Last week, point guard Louis Dale seemed to provide perspective beyond his years.

"We got eight seniors on this team and we want to take this ride as long as we can, because after this it's nothing but babies and memories, so we want to just keep going," Dale said.

Dale didn't acknowledge at the time that "babies and memories" was borrowed from the book and movie Friday Night Lights.

By the way, Strunk says:

Last week, the team was denied an actual basketball by the NCAA before its precisely allotted practice time. So the players conducted a phantom layup line and mimed as best they could. That was goofiness, says senior Jon Jaques. But babies and memories? That part is real.

"It was definitely a funny quote, which is why we selected it, but it's true," Jaques said. "Ten years from now we're gonna be having kids and having reunions and stuff. It's gonna be only memories."

The memories are not simply of getting this far in the tournament, Jaques said. They go back to the beginning of the season, when the entire team — sans freshmen — found a big house to live in off campus. Not surprisingly, the team has exhibited the cohesion of a well-formed paragraph.

The writer must therefore, so far as possible, bring together the words, and groups of words, that are related in thought.

Cornell thinks together, plays together and therefore the story that teammates are writing flows like free verse. It is Kentucky's job to provide an alternative narrative. Many think the Wildcats will just be too fast, athletic and aggressive for the Big Red.

But as Strunk wrote:

It is permissible to make an emphatic word or expression serve the purpose of a sentence.

Upset would be such a word.