Accessibility links
The Nation: Political Notes From 'The Boss' The Nation's Greg Mitchell comments on the political transformation of Bruce Springsteen, and what his example does for Americans from a media watchdog perspective.

The Nation: Political Notes From 'The Boss'

The Nation: Political Notes From 'The Boss' 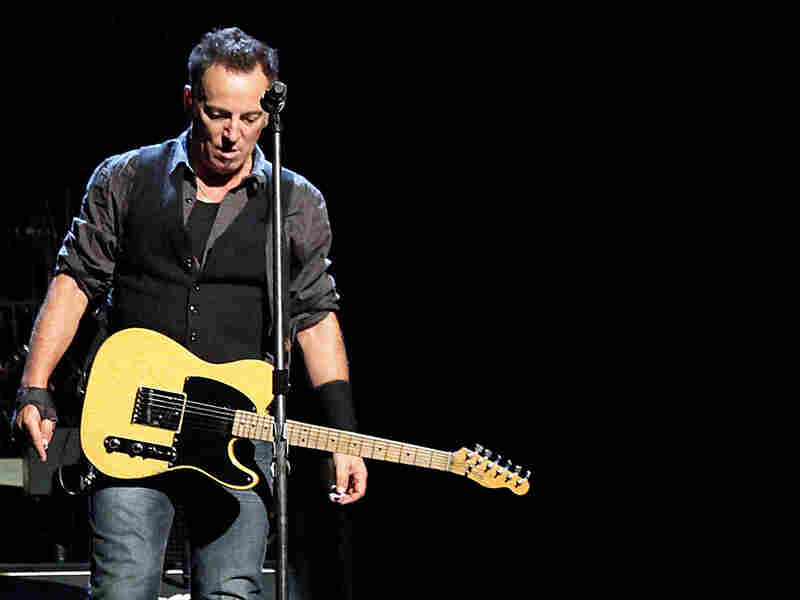 Bruce Springsteen performs onstage at Madison Square Garden on November 7, 2009 in New York City. Though starting off his musical career as an apolitical figure, Springsteen's support of Barack Obama during his campaign was no secret. Roger Kisby/Getty Images hide caption 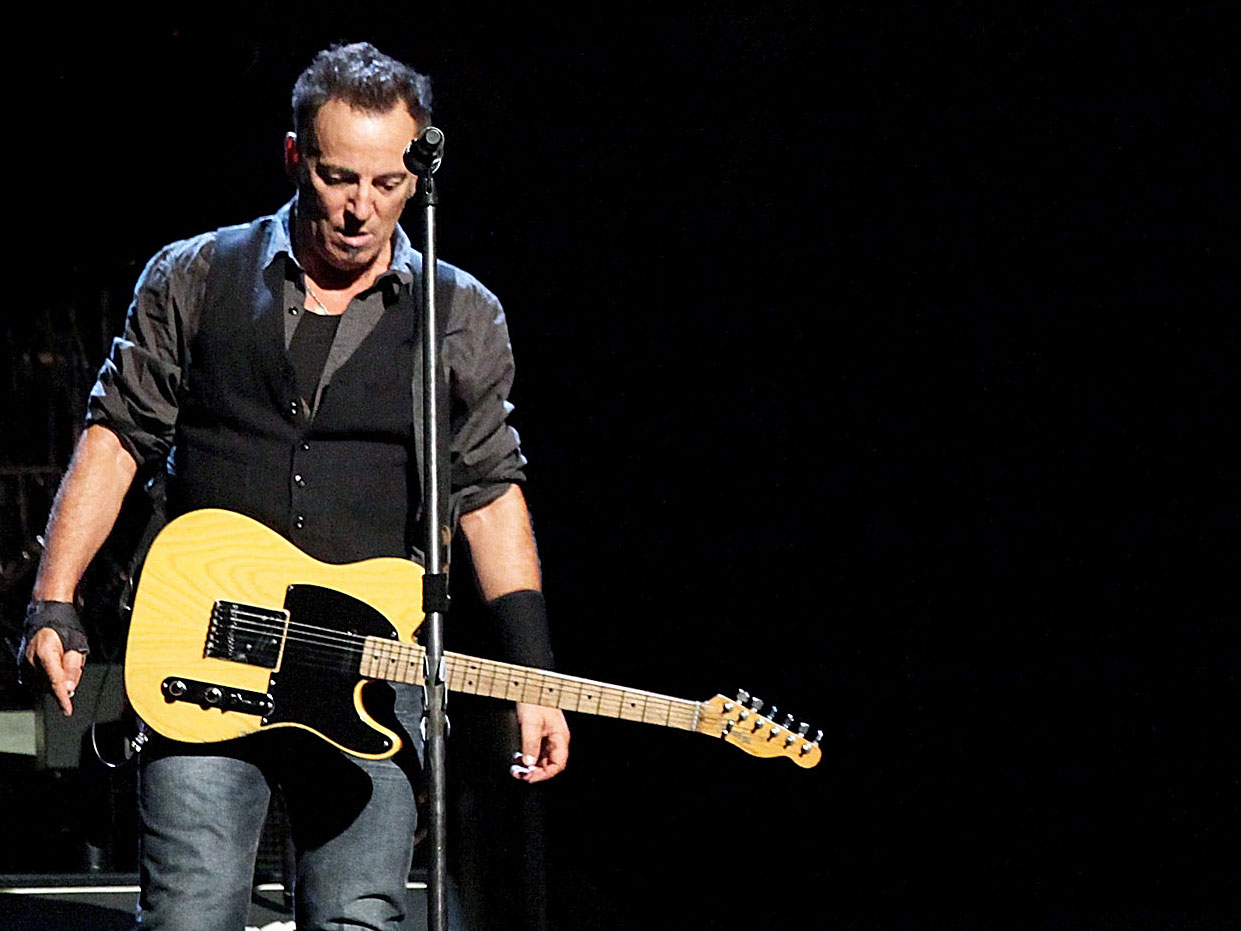 Bruce Springsteen performs onstage at Madison Square Garden on November 7, 2009 in New York City. Though starting off his musical career as an apolitical figure, Springsteen's support of Barack Obama during his campaign was no secret.

When Bruce Springsteen became a political "Boss" he could not have imagined that the lyrics from one of his most famous songs would be cited by one American president and used to lampoon critics of another.

Our media watchdogs require close watching. It's been an article of faith for Nation editors and readers since the founding of the magazine. I'm excited to join this tradition, and take it to new terrain at Media Fix, The Nation's first blog devoted to highlighting the best and worst of current media.

Born in the USA has achieved all of these things, and more (such as serving as a kind of anthem for many war veterans). We fondly recall the flap when President Ronald Reagan in 1984 hailed the song, and Springsteen protested his utter misreading of it. Just this past weekend, at the Gridiron Dinner, it was transformed for laughs in referring to President Barack Obama as "Not Born in the USA." One line: "He claims Hawaii but the hell I say/Hawaii isn't even in the U-S-A."

And as for the cable host — this can only mean Glenn Beck's epic performance this month when he quoted from it and then denounced the song as clearly "anti-American" and "propaganda" and said that therefore America must "wake up" from it. Beck threw in a reference to the Soviet Union and Cuba for good measure.

Of course, considering Springsteen's legion of fans, especially among the "common folks" that Beck insists make up his audience, it would seem to be dangerous to bring him up at all. A few months back, David Brooks, the New York Times columnist, tried to explain why he loved Springsteen, claiming the message of his songs largely support Brooks's conservative world view. Many readers were left imagining Bruce's lyrics (and speeches from the stage) going in one of Brooks's ears and out the other.

I have to say: I couldn't be more proud of Bruce. When I met him in 1972, and helped create the first magazine piece ever written about him at my old magazine Crawdaddy — there's a new video about it here — he seemed completely apolitical. Hanging out with him for years after, I was always waiting for the moment he would utter something right-wing that would make me turn away. It never happened, but I also never heard a leftist sentiment, either.

He would later tell Rolling Stone, "I didn't grow up in a very political household. The only politics I heard was from my mother. I came home from grade school, where someone asked me if I was Republican or Democrat, and I asked my mom, 'Well, what are we?' She said, 'We're Democrats, 'cause Democrats are for the working people.' "

He kept this out of his words and deeds in the early years, but Springsteen started his political transformation in the "anti-nuke" days of the late-1970s. He performed at the "No-Nukes" concert in New York, which was co-organized by Orleans' leader John Hall (now a Congressman from New York). Then, when "Born in the USA" hit, he donated a fortune to Vietnam veterans groups, and many other causes, while refusing to endorse candidates. But his "political"--in the broadest sense--focus continued with public statements and many more donations as he recorded his Tom Joad and Seeger Sessions CDs. When he finally performed for a candidate--John Kerry in 2004--he denounced tax cuts for "well-to-do guitar players." Later, he came out against the Iraq war, hit the media coverage of it, and ripped Ann Coulter.

But backing Barack Obama in 2008 took him to the next level — picking a candidate way back in a primary race. Springsteen, of course, is a very rich man now, but he retains credibility with the "working-class" kids and adults that Obama was trying so hard to reach.

Obama, he asserted, "has the depth, the reflectiveness, and the resilience to be our next President. He speaks to the America I've envisioned in my music for the past 35 years, a generous nation with a citizenry willing to tackle nuanced and complex problems, a country that's interested in its collective destiny and in the potential of its gathered spirit. After the terrible damage done over the past eight years, a great American reclamation project needs to be undertaken. I believe that Senator Obama is the best candidate to lead that project and to lead us into the 21st Century with a renewed sense of moral purpose and of ourselves as Americans."

Springsteen sang for Obama in the final key days of the fall campaign, drawing massive crowds (aimed at voter registration). He declared in conclusion in Philadelphia: "So now is the time to stand with Barack Obama and Joe Biden, roll up our sleeves, and come on up for the rising." Even Fox broke away from its Bill Ayers obsession to cover him.

And two months later: there was Bruce at the Inaugural concert, hugging Pete Seeger — a torch passed, and quite enough to make the Glenn Becks of the world see red, now and probably forever. Blinded by the light.