Accessibility links
'Bigger Than Life': A Subversive Suburban Surprise Directed by Nicholas Ray, the 1956 film Bigger Than Life stars James Mason as a schoolteacher who experiences wild mood swings and psychotic episodes after becoming addicted to his arthritis medication. Critic John Powers applauds the film, which he says "has a juiciness missing from a period show like Mad Men." 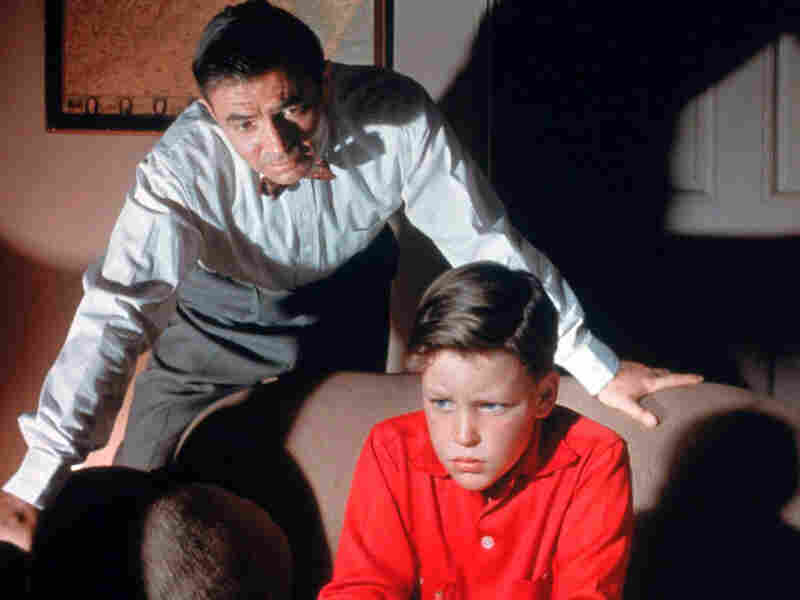 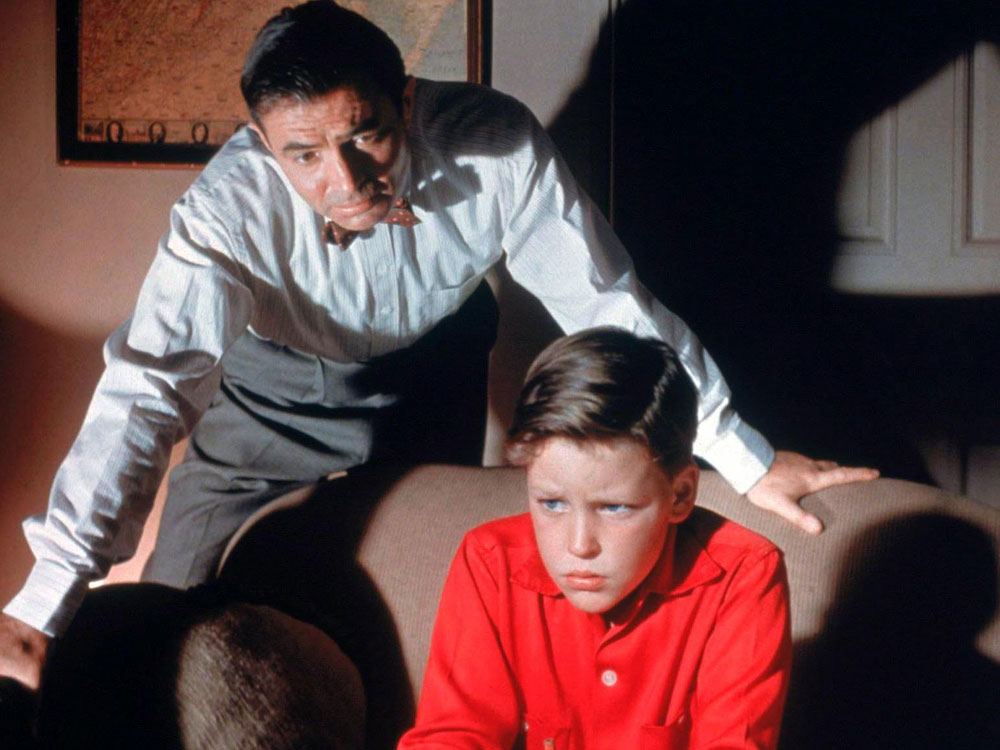 You often hear that American filmmaking hit its peak in the 1970s, but I cast my vote for the supposedly buttoned-down '50s, a decade flush with weird, dreamy movies in which dark, dangerous themes swam beneath the surface of the story like sharks.

A great example of this is Bigger Than Life, a highly entertaining 1956 classic that reaches home video for the first time in glorious new Blu-ray and DVD versions from Criterion. Directed by Nicholas Ray, who's best remembered these days for Rebel Without a Cause, this drama takes the hoariest of bad-movie staples — the Disease of the Week idea — and elevates it into something original: a tricky, complicated examination of family, materialism, repression, and the explosive nature of the psyche.

James Mason stars as Ed Avery, a schoolteacher who lives in a small, two-story house with his wife, Lou — that's Barbara Rush — and young son, Richie, played by Christopher Olsen. Although Ed's a good citizen, he's frustrated. His house is covered with maps and travel posters for places he'll never visit; his mantel boasts a deflated football from the high school game when he had his one great moment of triumph. But that was long ago, before he and Lou turned into what he calls "boring people."

All this changes when Ed develops a deadly strain of arthritis. His only hope is the new miracle drug cortisone, and at first it does seem miraculous. Ed not only feels physically better, he becomes downright exuberant, rushing Lou to the store to buy her Gucci outfits. Unfortunately, Ed's sense of himself keeps growing. His id runs amok, revealing the thwarted grandiosity that's been buried within the sensible schoolteacher.

Gobbling even more cortisone pills, Ed starts seeing himself as a misunderstood visionary — a rebel with a cause — and in the process he goes from Napoleonic to chillingly messianic. It's as if Ward Cleaver in Leave It to Beaver decided to straighten out the Beav with an actual cleaver.

Ed's transformation is both scary and oddly funny — he might've been a teacher in Twin Peaks. And it's superbly captured by Ray, himself a troubled man who had few peers at exploring ferocious, often self-destructive passions.

For starters, Bigger Than Life is a bravura piece of style. Ray evokes Ed's inner disarray through the brilliant deployment of color, music, widescreen compositions, and recurring images — in particular the staircase in Ed's house that charts his emotional ups and downs. Of course, he's helped by a tremendous performance by Mason, who neatly goes from bottled-up quiescence to vainglorious preening to scary megalomania. For Ray, who clearly saw himself in his hero, all these various personas are aspects of the American psyche in the 1950s.

Because was it actually made in that decade by an artist who lived the inner conflicts he was depicting, Bigger Than Life has a juiciness missing from a period show like Mad Men, which is so wised up about its era that its themes are consciously deployed like chess pieces. In fact, what gives this movie its power is that it embodies the suppressed hysteria of the Eisenhower era, whose vaunted conformism contained the seeds of its own annihilation. Talk about ambivalence. Here, the nuclear family is seen as a refuge — and a trap. Here father-knows-best patriarchy is seen as reassuringly orderly — and tyrannical. Here we see how capitalist progress gives ordinary folks access to fabulous products — miracle drugs! designer dresses! — and unleashes ruinous desires.

Naturally, being a studio movie, Bigger Than Life had to disguise such subversiveness. It winds up with an officially happy ending, even if Ed's grin seems a bit, well, crazy. You see, he's caught in the endless conflict between a profound longing for security, a security built on repression and mediocrity, and a burning desire for liberation, to shake off the constraints of civilization and live as libidinously as the gods. And if his story still resonates after all these years, that's because it offers a heightened version of something we all feel. Torn between being safe and wanting to live large, Ed isn't actually a weirdo or nut job. What he is is a modern American.