Accessibility links
Lobbying Giants Cash In On Health Overhaul About 1,750 businesses and organizations spent at least $1.2 billion in 2009 on lobbying teams to work on the health care overhaul and other issues, according to a Center for Public Integrity analysis of Senate lobby disclosure documents. It was very likely the most expensive lobbying push ever, one expert says. 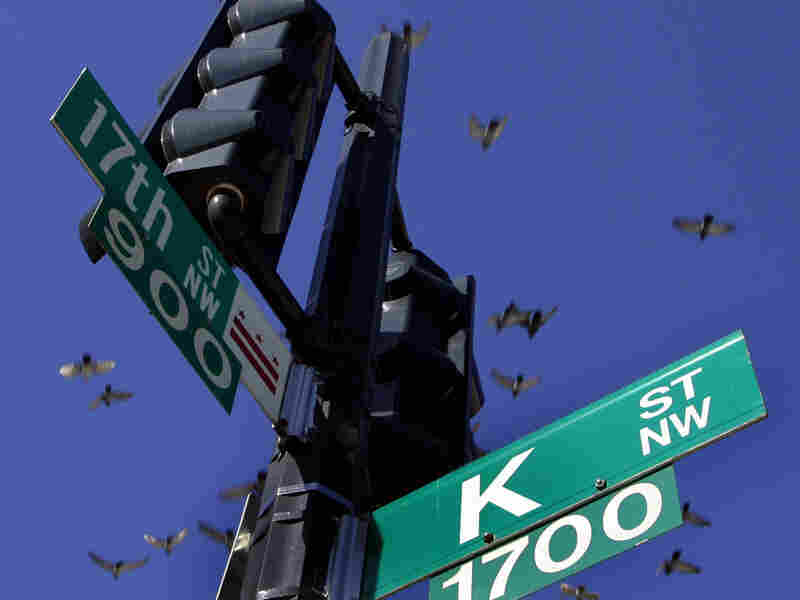 High-profile K Street concerns were paid huge sums to lobby on the health care overhaul in 2009, according to an analysis from the Center for Public Integrity. Charles Dharapak/AP hide caption 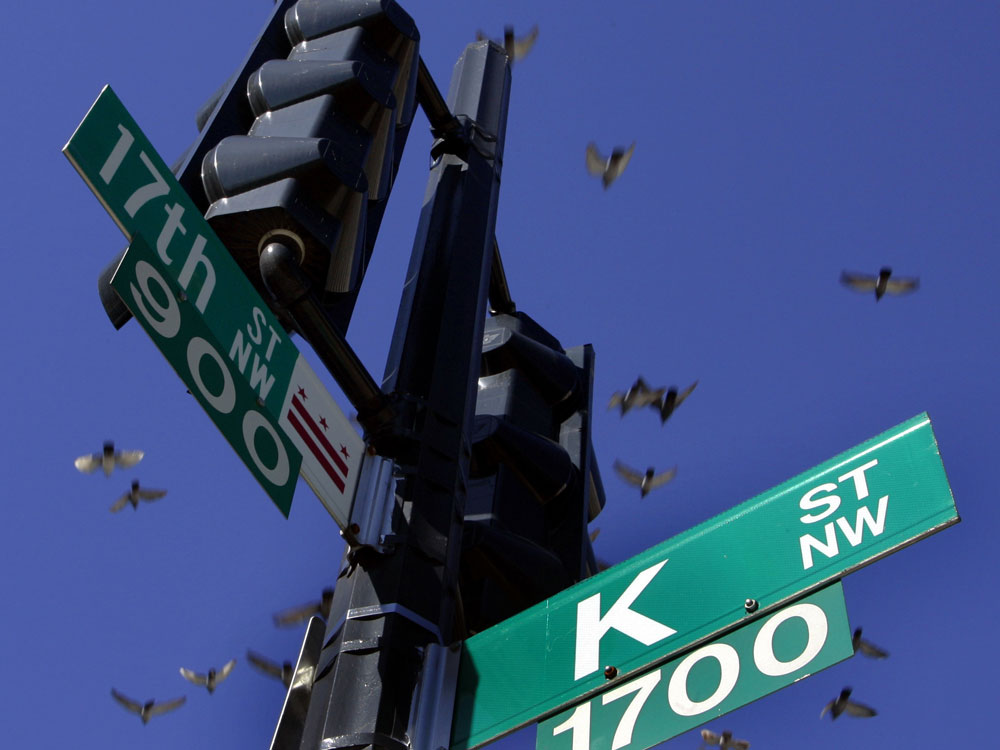 High-profile K Street concerns were paid huge sums to lobby on the health care overhaul in 2009, according to an analysis from the Center for Public Integrity.

While patients, taxpayers and lawmakers debate the impact of the health care law that President Obama signed on Tuesday, one result of the epic battle is clear: a bonanza for Washington, D.C., lobbyists.

Among lobbying firms that worked the issue, the richest generally got richer. A Center for Public Integrity ranking of the top dozen firms with the most clients involved in health care last year reveals a host of high-profile K Street concerns — companies like Patton Boggs LLP, Alston & Bird LLP, Holland & Knight LLP and the Podesta Group Inc.

About 1,750 businesses and organizations spent at least $1.2 billion in 2009 on lobbying teams to work on the health care overhaul and other issues, according to an analysis of Senate lobby disclosure documents.

Since lobbyists are not required to itemize the amount spent on each issue, the precise amount that went to the health care debate remains unknown. But if only 10 percent of that lobbying spending went toward the health care overhaul, the amount would total $120 million — and that's very likely a record for a single year's spending on a particular issue, experts say.

The clients who hired these firms ranged from the most influential industry associations to small, nonprofit advocacy groups. Many top companies and organizations hired more than one of the top firms to lobby their interests. Pharmaceutical Research and Manufacturers of America, for example, hired Capital Tax Partners LLP, Dutko Worldwide, Mehlman Vogel Castagnetti Inc. and 22 other outside firms, in addition to its in-house lobbyists. Wal-Mart Stores Inc. hired Patton Boggs, Podesta Group, Mehlman Vogel Castagnetti and Bryan Cave LLP.

Paul Kim, a partner at Foley Hoag LLP — the only health lobbyist willing to speak on the record — downplayed the importance of personal connections with Congress and agency staff. Knowledge of the issues is more important, he said.

"I think what we have found is it hasn't been head count or access, necessarily, that is most important in serving clients," Kim said.

The 2009 health care legislation debate was a boon for Washington lobby firms, according to a Center for Public Integrity analysis of disclosure records.**

Pharmaceutical companies, which stand to garner increased profits from the newly insured under the bill, made up the majority of Foley Hoag's health overhaul clients. Kim said the lobbying work sprang from other legal work the firm does for the drug industry.

"Foley Hoag is a law firm that is heavily concentrated on the life sciences," he said.

And Then There Were The Campaign Contributions

In addition to direct lobbying, some of the top firms also reward members of Congress with campaign contributions funneled through the firms' political action committees, and by individual lobbyist donations.

The political action committee at Patton Boggs — the biggest lobbying firm in Washington, D.C. — contributed more than $500,000 to candidates during the 2008 cycle, according to the Center for Responsive Politics. John Jonas, a top Patton Boggs health lobbyist who declined to be interviewed, donated more than $50,000 during the 2008 cycle, almost exclusively to Democratic candidates.

James Thurber, director of the Center for Congressional and Presidential Studies at American University, said that among the major players there are "no surprises." But the tremendous financial boost that the health care overhaul brought to lobbying firms in 2009 was greater than even veteran observers expected.

"I think it is unprecedented," Washington lawyer and lobbying expert Ken Gross said about the amount of money spent on the health reform battle.

The length of the debate, paired with the more than 1,750 business and organizations that signed up to lobby on health care bills, very likely made it the strongest and most expensive lobbying push ever, Gross said.

"First of all, it went on for so long," Gross said. "Second of all, it was high-stakes poker. It stands to reason that it would be a record-breaker."

Joe Eaton and Aaron Mehta are staff writers at the Center for Public Integrity; M.B. Pell is the center's deputy data editor.