Accessibility links
Novelist Gordon's Personal Memoir of Her Mother Some years ago, acclaimed novelist Mary Gordon wrote a memoir about her father, revealing how the man she had loved as a Catholic intellectual was actually a converted Jew, a rabid anti-Semite and an academic fraud. Gordon's new memoir, Circling My Mother, is a tribute to the hard-working woman who raised and supported her.

Some years ago, acclaimed novelist Mary Gordon wrote a memoir about her father, revealing how the man she had loved as a Catholic intellectual was actually a converted Jew, a rabid anti-Semite and an academic fraud. Gordon's new memoir, Circling My Mother, is a tribute to the hard-working woman who raised and supported her.

Author Mary Gordon is known for six novels, two short story collections, and a memoir, and for her graceful arc of language, her Catholic faith and intense women characters. She wrote her first memoir just over a decade ago about her father - the man she once admired as her literary inspiration, but upon further investigation turned out to be a fraud and anti-Semite. That book was called "The Shadow Man." Now, it's her mother who's captured Gordon's imagination in a new book titled "Circling My Mother."

Mary Gordon joins me now to talk about her new book. Welcome.

LYDEN: Let's establish a few of the housekeeping facts of her life, if you will. What was your mother's name?

LYDEN: What year was your mother born?

Ms. GORDON: She's born in 1908. And so she's really, oddly, almost old enough to be my grandmother. I was - that was an interesting Freudian slip. I was 41 when she was born. I think I meant to say she was 41 when I was born. And she was a polio victim. She was stricken with polio at the age of three, the oldest daughter of an Irish and Sicilian family of nine, worked as a secretary until she retired at 75. My father died when they'd married only for nine years. So it was she, really, who brought me up.

LYDEN: When you open this book, "Circling My Mother," she's suffering. She's about 90. She's living in a nursing home in New York, suffering from dementia. She's difficult to look at, to smell, to be near. And she doesn't even remember that you're her daughter.

Ms. GORDON: One of the things about aging that's difficult and that we don't like to deal with is how many of the problems are really physical and how much the body is reduced to its lowest common denominator. And the body does begin, literally, to decay. And we can see that, literally, happening. And we really don't want to see it. It is life approaching death, and that's unbearable for us, I think.

LYDEN: Well, especially a character like your mother who is such a vibrant, fleshy, rather loud, assertive person, I wanted to be there when she said all these snappy things. I mean, she was nothing, if not pithy. There's just so many great scenes here. You buy a Picasso print. She drives six hours to have dinner with you and she says, I didn't drive all this way to…

Ms. GORDON: I didn't drive all this way to have kids(ph) in my eyes, it was the quote.

LYDEN: And after your divorce as a young woman, she calls you a divorcee and says…

LYDEN: …men find you attractive. And you're waiting for this compliment, and then she finishes by saying, because you're a blankety blank fool.

LYDEN: Did you laugh or cry or…

Ms. GORDON: I did laugh. I did laugh because, you know, I was so set up for - my god, I'm going to get this compliment. She's going to tell me I'm attractive. And it was - it really partly reflected my mother's enormous contempt for men. She likes flirting with some, but she really thought that they were basically quite foolish.

LYDEN: In the chapter, My Mother and Her Bosses, we do get to her - one of her most profound influences. And that is this man that she worked for, for over 40 years as a secretary.

And my mother who was a legal secretary had a very profound and lively and enjoyable relationship with this man that she worked for, for almost 40 years. And they were good at what they did together. And there was a, sort of, instinctive - it was kind of like Fred and Ginger. You know, there was this one little impulse that one would give that the other could pick up.

Ms. GORDON: But I think she actually did see a straight line between her work in Mr. Herman's office and being the district attorney of New York.

LYDEN: Well I also like that she supports you after your father dies as a single mother. And you could say that in so many ways, she's non-traditional. Not only is she supporting you, but for all the years that she worked before your father comes into her life when she's nearly 40, she's supporting the rest of the family and paying (unintelligible).

Ms. GORDON: Well, and she also supported my father. My father didn't make any money either. So her whole life, I mean, virtually from the time she was 18 until the time that, you know, I was through college, she was supporting at least one, if not many people. And she really likes that. She took a great pride in being self-efficient and self-supporting.

LYDEN: I was just so struck by that endurance. And it's only later that there's a cruelty in how she's been used after 22 years of paying the mortgage on the family home. And this comes when the sisters, sort of, divide the property without her.

Ms. GORDON: Well, it happened when my grandmother died without leaving a will. And the whole family just fell apart. And the cruelty that - particularly the sisters and the family - directed toward my mother and me was really quite stunning. And it changed my mother's life. It really broke her. And it zapped her vitality and she began drinking in a way that she hadn't.

LYDEN: Well, it's interesting, I think, to those of us who have read your novels and are familiar with your memoir about your father, "Shadow Man," to see your mother really emerging from the shadow here. Do you think…

Ms. GORDON: One of the things that I was very curious about my mother and that moves me and saddens was that I think they looked at me in the cradle and I literally looked more like my father than my mother. And I think my father said, she's mine, and he, sort of, convinced her that he would lead me into the higher world where I really belonged and she could kind of pay the bills.

He always made my mother feel he was the intellectual and she was the ill educated. In fact, she finished high school and he didn't. And, you know, he dropped out in 10th grade, lying and saying that he'd gone to Harvard and Oxford and the Sorbonne. So actually, she had more formal education than he did. But she bought into his romance of the life of the mind in a way that's very moving to me because I don't know where it came from. God knows her family had no romance about the life of the mind.

And what touches me so much about my mother is that her own giftedness, sort of, gave her these antennae to pick up signals from a larger world. And to pass those signals on to me is something I was allowed to go for even though it would take me away from her. And that is the kind of deep generosity that moves me and makes me very sad because it did take me away from her.

LYDEN: And yet, you say that your own eye for formalism that you do have a love of the formal. Certainly, you have worked as a literary critic. You have a vast knowledge of European painting and languages. And all these things are - have a, kind of, structure and formality and you think that you got that from her.

Ms. GORDON: Well, I do. And it's one of the odd legacies of the old Catholic Church, which was that one had an access to formality, one had an access to a larger culture. The old Latin math did have a real aura of formal and rather ancient beauty that people like my mother had access to every day of their lives.

And, you know, my mother knew the great Madonnas of European art history. She couldn't say that's Fra Lippo Lippi, that's Bellini. But she would have holy pictures of them, which she would have in her prayer book.

Ms. GORDON: And so the connection to the Roman Catholic Church, which was very important to my mother's understanding of herself, was a way in which she could pass those aesthetic standards on to me in a very natural way. There was nothing pretentious about it.

LYDEN: What do you think you have given her memory with this book?

Ms. GORDON: I wanted to pay tribute to her liveliness and I wanted to find the woman behind the afflictions. And I wanted to recover a way of being a woman that really is finished in the world. The scarcity of options that confronted my mother are fortunately no longer quite so dominant for women. And I hope that even for myself, I could get back to the vital charming mother because for 11 years, she was almost living a living death. And I was living with a corpse. And it was hard to take any pleasure or join that corpse.

Ms. GORDON: Thank you very much. 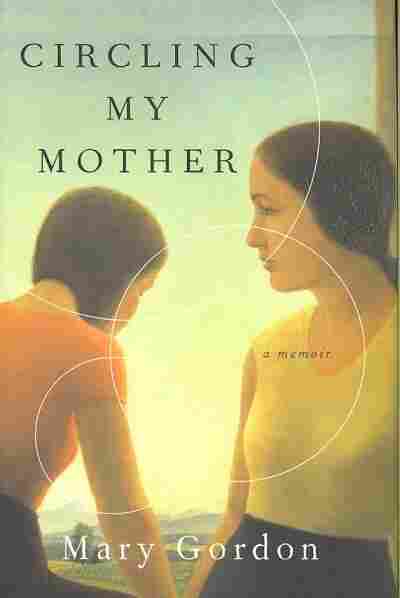