Accessibility links
Pritzker Prize Goes To Japan's SANAA Duo The Pritzker Architecture Prize usually goes to one architect. This year — for only the second time — the prize has gone to two: Kazuyo Sejima and Ryue Nishizawa, of the firm SANAA. They're known for buildings that try to break down barriers between outside and inside — and between people.

The Pritzker Architecture Prize usually goes to just one architect. But this year, two Japanese partners are being honored — a woman, Kazuyo Sejima, and a man, Ryue Nishizawa — who lead the firm SANAA.

The Pritzker jury praised their buildings for being "deceptively simple" — and, perhaps in a jab at contemporary architecture, the jurors wrote: "SANAA's architecture stands in direct contrast with the bombastic." 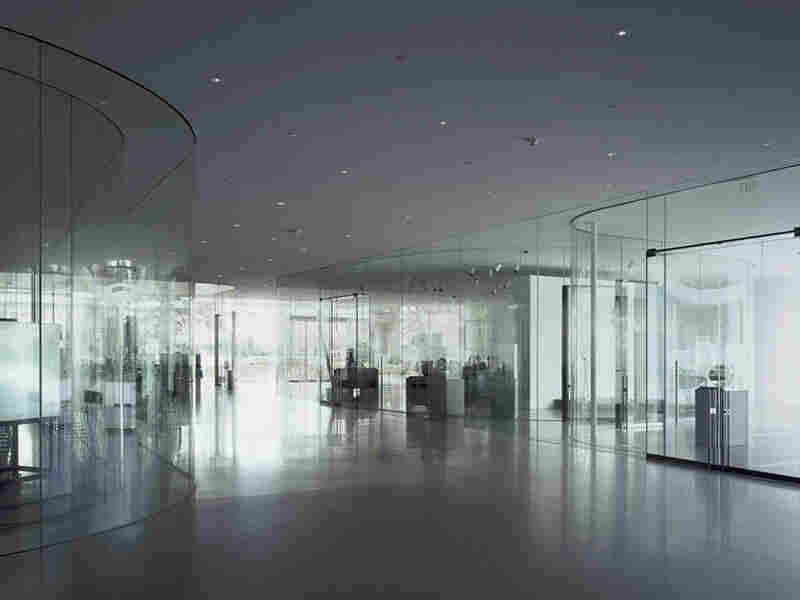 Glass Pavilion for the Toledo Museum of Art in Ohio. Courtesy of SANAA hide caption 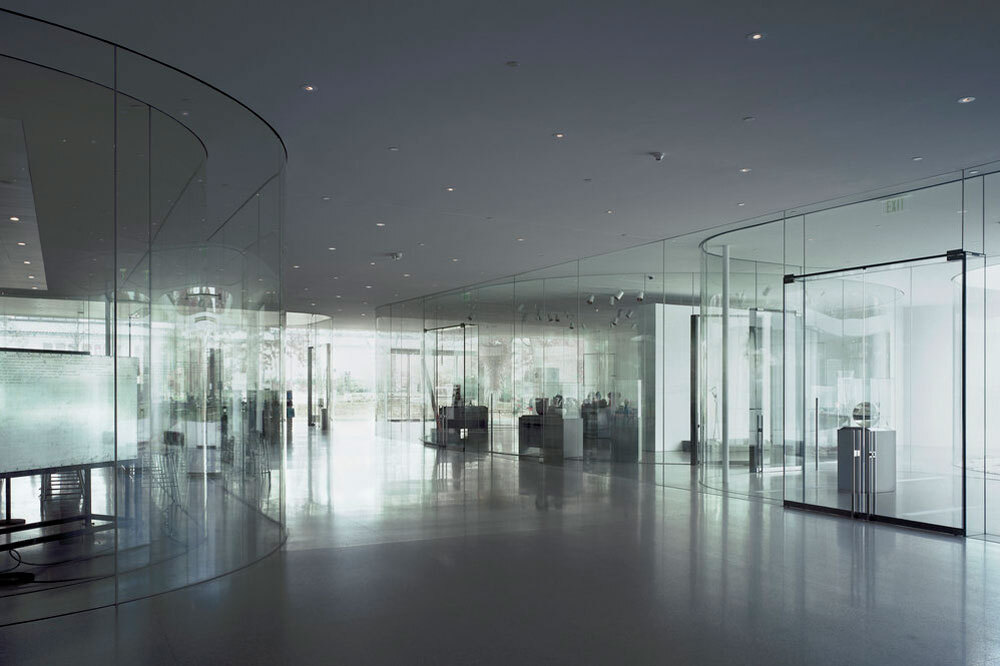 Glass Pavilion for the Toledo Museum of Art in Ohio.

Simplicity greets visitors to the Glass Pavilion for the Toledo Museum of Art in Ohio. Set among trees, its layers of ultraclear glass walls fluidly curve between thin white ceiling and floor. The building almost disappears into a pool of reflections and transparencies.

Sejima says SANAA strives to make "architecture like a park."

"In Japan we have a park, which means very open space, and there, different aged people share the space," says Sejima. "And sometimes a big group. At the same time, beside them, I can go spend my very quiet time alone."

Sejima and her partner designed such a space between glass walls at the back of the Toledo pavilion — one that creates a sense of quiet emptiness: Behind the visitor, the art; in front, trees and sky — all enhanced by reflections in the glass of other visitors passing by. SANAA offers similar choreography in its housing projects in densely packed Tokyo, says Japanese architect Hitoshi Abe, who chairs the Department of Architecture and Urban Design at UCLA.

"The housing project they did is really questioning how you should live together with somebody you don't know," says Abe. "The public space and the private space gets sometimes blurred, so you have to accept somebody's existence near you. It kind of forces you to accept the other people."

The team's approach to design extends to their way of working. The Pritzker jury cites SANAA's "collaborative process that is both unique and inspirational." And because they work so closely together, it's hard to know who does what.

"Sejima-san has very different way of thinking than me," says Nishizawa, "so I'm inspired by her every time." 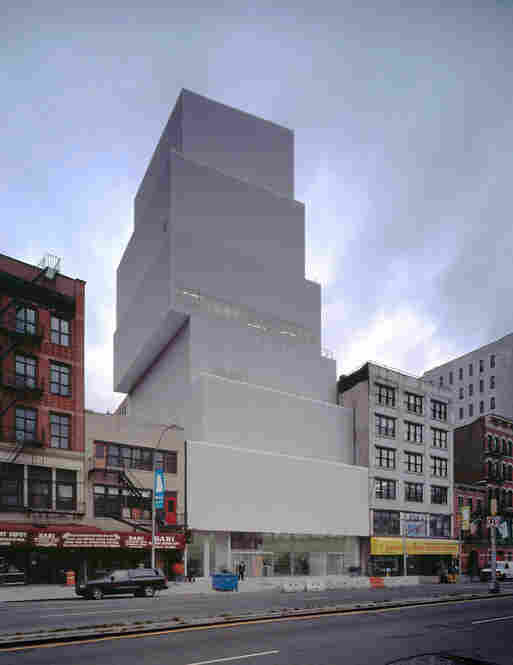 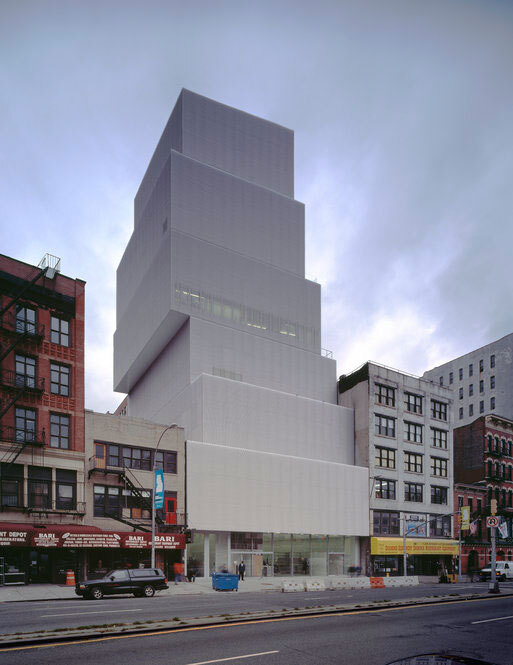 The New Museum of Contemporary Art in New York City.

Together they've created the New Museum in New York City, which looks like randomly stacked bento boxes; a sharp, glassy, compact-but-monumental showroom for Dior in Tokyo; museums and academic centers in Japan and Europe; and soon, a branch of the Louvre in the north of France.

This is only the second time the Pritzker has gone to a pair of architects working together. It could have been the third time, but in 1991, the jury awarded the prize to Robert Venturi and not to his close collaborator Denise Scott Brown.

Before this year, only one woman had won the Pritzker — Zaha Hadid. But Sejima seems to think more about architecture than about gender.

"I think for me, there's not so strong [a] meaning to get [the] Pritzker Prize as a woman," Sejima says. "But I hope this prize invites more women to architecture."

Elegant understatement, as in the work of Kazuyo Sejima and Ryue Nishizawa.