Accessibility links
Federal Agencies To Iron Out Health Care Details Health care experts say enforcement of the new health care bill will fall to the Department of Health and Human Services and the IRS. As of now, the bill doesn't spell out exactly how individuals would prove they have health insurance. One expert says the pages of regulations could dwarf the 2,400-page bill. 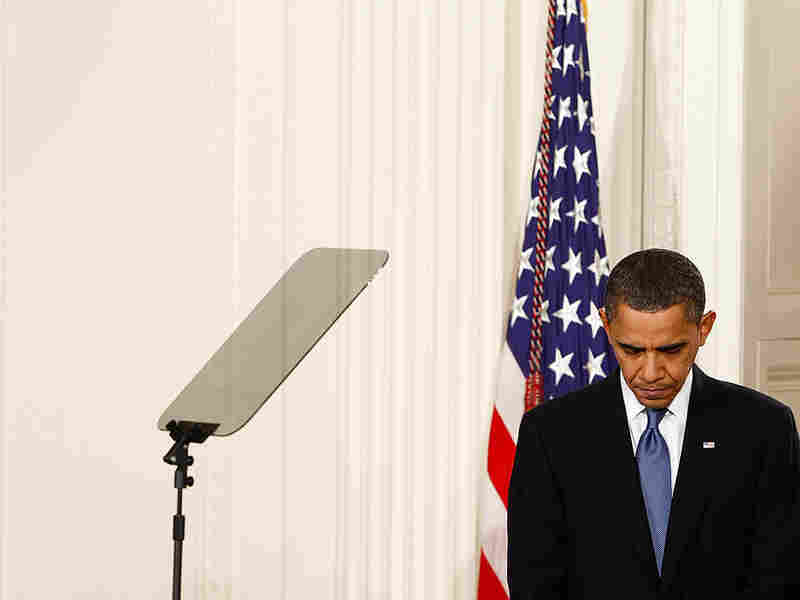 President Obama, before he signed the health care overhaul bill on Tuesday. The bill is more than 2,400 pages, but it doesn't contain many of the details about how it will work and how it will be enforced. Chip Somodevilla/Getty Images hide caption 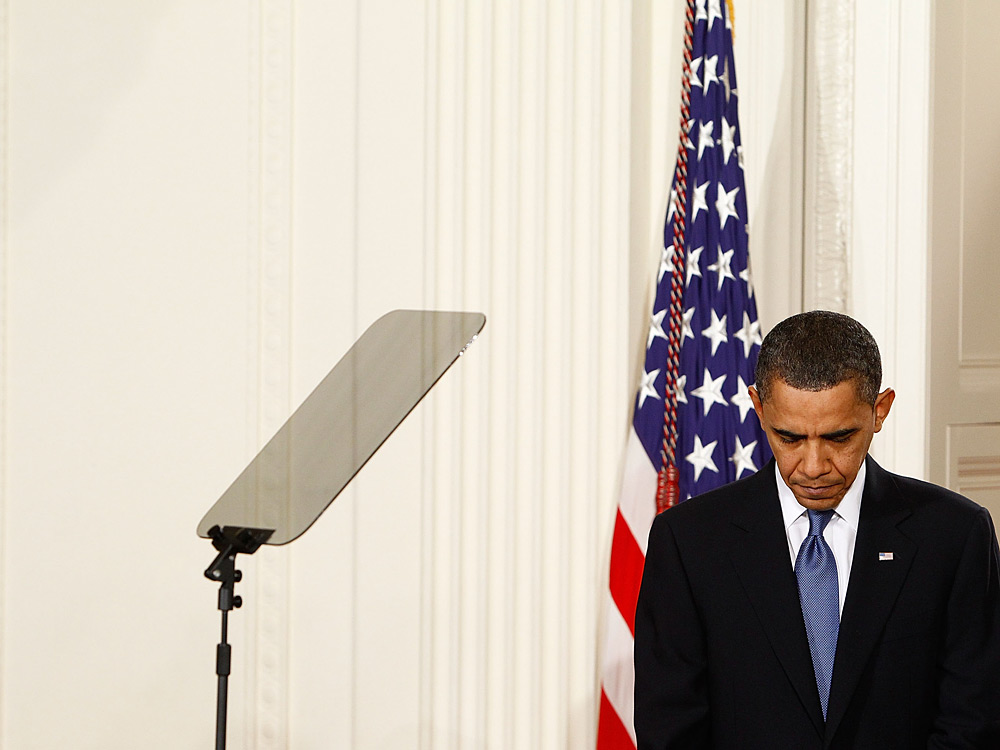 President Obama, before he signed the health care overhaul bill on Tuesday. The bill is more than 2,400 pages, but it doesn't contain many of the details about how it will work and how it will be enforced.

The health care bill President Obama signed this week is more than 2,400 pages long. Still, it doesn't contain many of the details about how it will work and how it will be enforced. The responsibility for explaining the bill falls to workers in the trenches at government agencies.

Some of the nitty-gritty details that are missing include defining many of the terms used in the measure, and spelling out exactly how individuals would prove they have health insurance.

It's an approach to lawmaking that William Galston, a senior fellow at the Brookings Institution, has seen for decades.

"Since the New Deal, the legislative style has been to leave a fair amount of actual detail undetermined by the text of the legislation itself," Galston says.

The former Clinton administration official says it's all but impossible for Congress to spell everything out — and that's where the regulatory process comes in.

Federal agencies, including the Department of Health and Human Services and the Internal Revenue Service, will begin to draft proposed rules. Jim Miller, who headed the budget office under President Reagan, says the agencies will use the text and legislative history to guide them.

"So it's not a challenge of the sort where you are opening a box and you've never seen what's inside," Miller says. "You know generally what needs to be done."

But the scope of this measure is extremely broad, and coordinating regulations across government agencies will be challenging. Miller says don't be surprised if the number of pages of the regulations dwarf the more than 2,400 pages that were needed to spell out the act.

The law is being challenged, but if it stands as written, it will affect employers, insurance companies and individuals. Beginning in 2014, individuals will have to prove they have health insurance.

"Your employer sends a W-2 form that shows what wages you've earned and what taxes you've paid," Coglianese says. "At the same time, they are also reporting that to the IRS — and the IRS makes decisions about who to audit based upon whether what's being reported to the government matches what individuals are actually filing with their tax return."

Coglianese, a regulatory expert, believes individuals would simply staple an additional form to their tax return to show they have insurance. Their insurance provider or employer would also send the IRS the documentation.

But he adds that it's hard to overstate the massive amount of information that will be generated by this law and the challenges of processing all the data.

"What makes this difficult is not the conceptual complexity, but rather that it applies to hundreds of millions of people," Coglianese says.

Still, most of the enforcement effort is years away, and a lot could happen between now and then that would affect how the law is implemented.