Accessibility links
California Voters Could Legalize Pot In November California may be on the verge of blazing another trail toward legalized marijuana. The state has certified petitions for a statewide ballot referendum in November that would make the use and sale of recreational pot legal. Polls show a slim majority of Californians favor legalized marijuana. 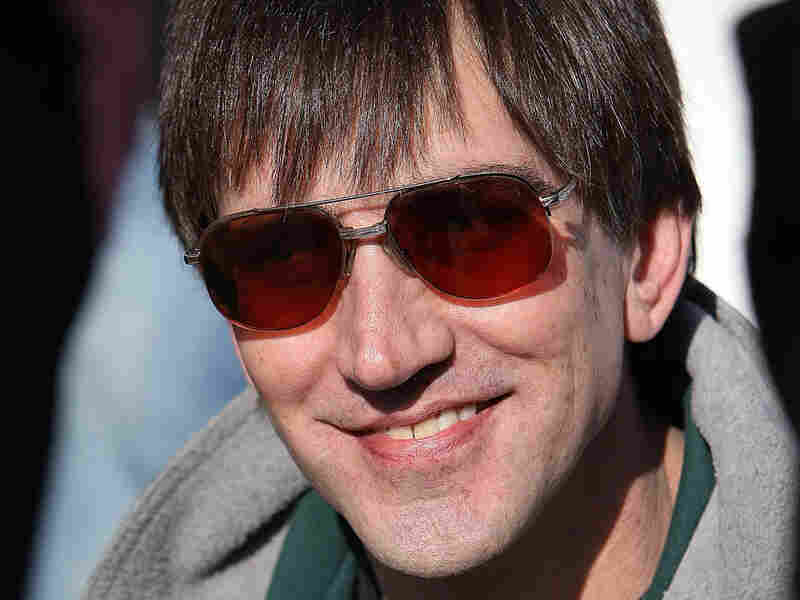 Medical marijuana activist Richard Lee at a rally in January in Oakland, Calif. Lee is one of the main backers of pot legalization in California. Justin Sullivan/Getty Images hide caption

California has just authorized a ballot measure that would legalize marijuana for recreational use. If it's approved in November, the state will become the first to make pot legal for fun and profit. The measure is the result of a months-long petition drive, which went over the top in signatures on Wednesday.

There was a certain buzz in the air Wednesday night in downtown Oakland, Calif. That's where the main backer of pot legalization, Richard Lee, was celebrating. Lee bankrolled the petition drive and was happy to see the measure had more than enough signatures to get on California's November ballot.

"Tax Cannabis 2010 does two things," Lee says. "First of all, it allows adults 21 and over in California to posses and cultivate small amounts of cannabis for their own personal consumption. Second, it allows cities and counties in California to tax and regulate sales and commercial cultivation how they want to, and if they want to."

It's been 14 years since California voters approved medical marijuana, which prompted 13 other states to follow suit. Now this new proposal that would legalize recreational pot is bound to reignite the debate over the country's drug laws and test the idea that America is ready to legalize pot.

But not so fast, says John Lovell, who represents a variety of California law enforcement groups who oppose legalizing cannabis.

"We have serious problems right now caused by alcohol abuse, caused by pharmaceutical abuse; tobacco actually kills people," he says. "Given those realities, what earthly public good is served by adding yet another mind-altering substance to the array of legal substances that are available?"

Lovell says his side isn't as well-financed as supporters of legalized pot, but with the help of law enforcement groups, he believes the opponents will prevail.

But supporters have police officers on their side, too.

"Like many other cops and law enforcement professionals, I've seen firsthand that the current approach on cannabis is certainly not working," says former L.A. Deputy Sheriff Jeffrey Stoddard in a new radio ad that will hit airwaves next week. "It's led to violent drug cartels, dealers in our schools and our streets, and cost millions of dollars without reducing consumption. That's why cops support Tax Cannabis 2010."

A Field Poll conducted last year indicates that 56 percent of California voters favor legalizing marijuana. But Field Poll Director Mark DiCamillo says that support may be soft. The wild card, he says, may be the economy.

"This initiative is promising to raise a significant amount of money," he says. "Some have estimated a billion dollars for the state if it were to pass. That actually might add a certain element of support that might not otherwise be there, since the state is $20 billion in deficit, and it's going to be hard to fill that deficit.

Regardless of what California voters say, marijuana remains illegal under federal law. And so far, the three major candidates for governor, two Republicans and one Democrat, all oppose the measure.