Accessibility links
Want A Free Lunch? Work For Facebook The dot-com bubble has long since burst, but one Silicon Valley perk is still alive and well: free lunch. And it's not just canned food and repeating menus. Josef Desimone, Facebook's "culinary overlord," says he offers a brand-new menu every day. 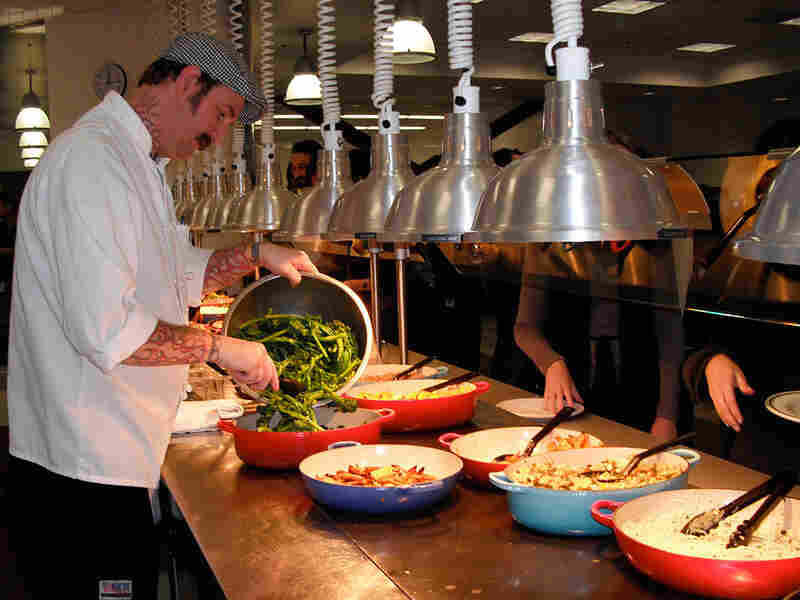 The Facebook culinary staff hustles to prepare 1,300 lunches per day, more than some restaurants serve over the course of a week. The cafe also serves about 600 breakfasts and 580 dinners each day. Rori Gallagher for NPR hide caption 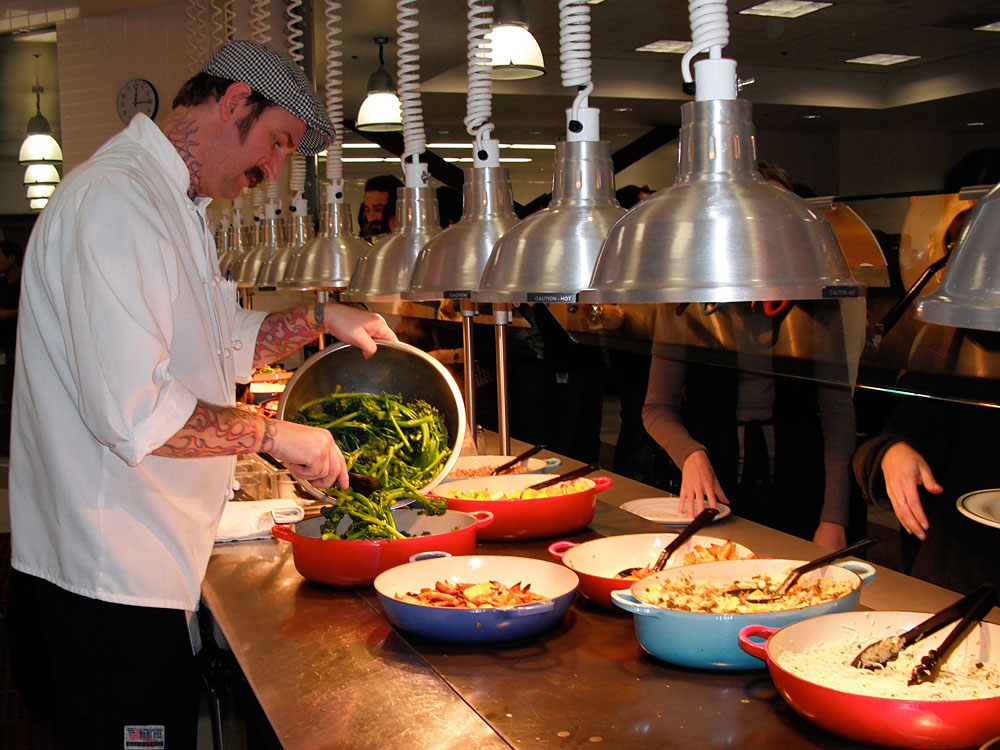 The Facebook culinary staff hustles to prepare 1,300 lunches per day, more than some restaurants serve over the course of a week. The cafe also serves about 600 breakfasts and 580 dinners each day.

The dot-com bubble has long since burst, but one Silicon Valley perk is still alive and well — and it becomes very important each day at noon: free lunch.

One of the most popular cooks in Silicon Valley is Facebook's executive chef and self-designated "culinary overlord," Josef Desimone. His bustling kitchen serves 1,300 lunches a day — more than some restaurants serve over the course of a week.

Desimone was on track for a successful career in San Francisco's competitive restaurant world before the high-tech industry came calling. First, it was Google. But he wouldn't even consider a job as a corporate chef at first. To him, that was the easy way out — with weekends off, repeating menus and canned ingredients. But he changed his mind in 2003.

"And when I went to Google, it was nothing like that," he says. "It was completely the opposite: It was all free-range; it was all organic. It was everything that the restaurant I was working at couldn't afford to be."

"We do a brand-new menu every single day — every single meal period from a different region of the world. Which, you know, I don't know any restaurant that does that," Desimone says.

The fare ranges from Italian to Korean to Scandinavian to Northern Indian. He says that variety is essential for Facebook employees. 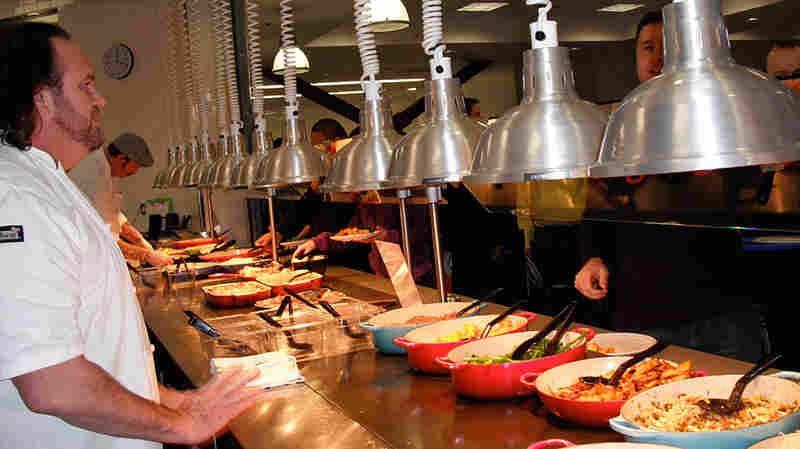 "Changing the menu and being so diverse with it is great," he says. "Because we got people here from all over the world, you know, and I'm sure a lot of them are homesick. You're from Sweden, he's from India ... but what I can do is bring a little slice of what you're used to here."

On this day, Facebook employees Sara Brooks and Joanna Lee are chowing down on wasabi mashed potatoes and tofu steak.

"I've always found something that I can eat every day really safely, and it makes me really happy," Brooks says.

"It also makes for a healthier environment," Lee says. "You know you have healthy options in the workplace instead of, you know, grabbing a bag of chips or grabbing fast food."

But health and happiness are not the only things high-tech companies care about when they start in-house meal programs. It also helps when luring in new talent.

And with breakfast, lunch and dinner offered in addition to perks like free dry cleaning, free transportation and even free gyms at some companies, it's easier to get employees to put in the long hours demanded by the high-tech industry.