Accessibility links
Lieberson's 'Songs Of Love And Sorrow' And New Life He's battled lymphoma and the loss of his wife. Now, composer Peter Lieberson returns with the long-awaited follow-up to Neruda Songs. The new song cycle is also based on the works of Chilean poet Pablo Neruda. 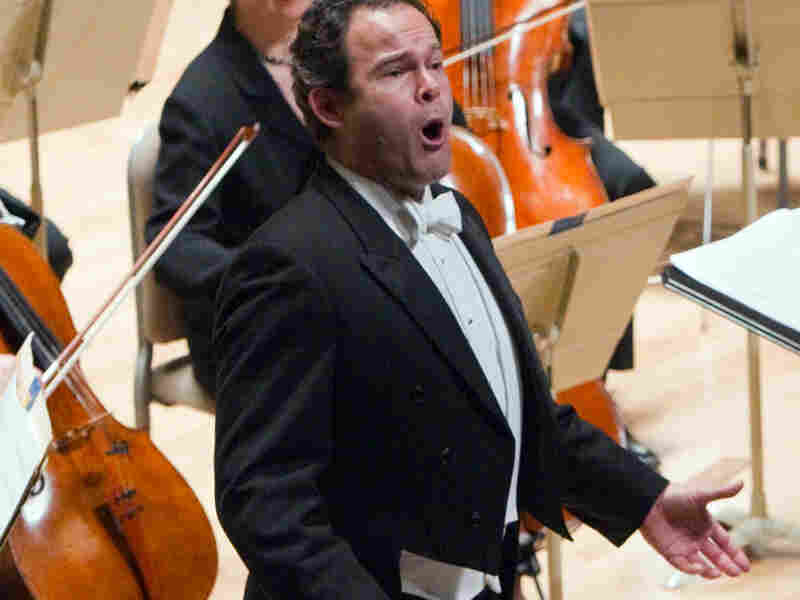 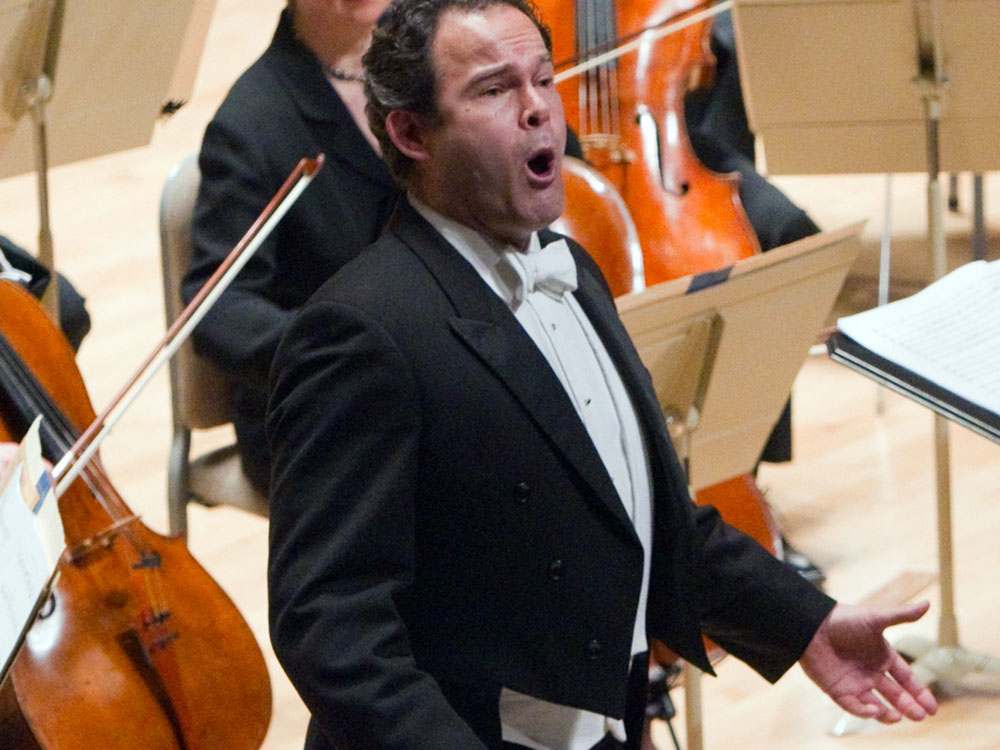 Baritone Gerald Finley sings during the premiere of Peter Lieberson's Songs of Love and Sorrow, with the Boston Symphony Orchestra.

A Tale of Two Song Cycles

In 2005, Peter Lieberson wrote "Neruda Songs" for mezzo-soprano Lorraine Hunt Lieberson. Now the composer has a sequel, "Songs of Love and Sorrow," which premiered this week.

In 2005, composer Peter Lieberson wrote a song cycle for his wife, the celebrated mezzo-soprano Lorraine Hunt Lieberson. The words were poems by Pablo Neruda, tracing the arc of love's joy and loss.

This week at Boston's Symphony Hall, a long-awaited companion piece to that song cycle received its world premiere. Songs of Love and Sorrow is a window into the composer's real-life experiences with true love, heartbreak and death.

Lieberson and Lorraine Hunt first met in 1997. Before long, their lives were intertwined in marriage and in art.

"She gave everything to her art, so to speak, but it's more than that," Lieberson says. "She was like that all the time."

That intensity, and the way Hunt Lieberson sang, helped the composer write the Neruda song cycle especially for her.

In one of the songs, Hunt Lieberson sings: "My love, if I die and you don't, let's not give grief an even greater field."

Neruda's words were tragically poignant. Hunt Lieberson was battling breast cancer. She died in July 2006, just months after performing the premiere of Neruda Songs. She was 52 years old. Then, Lieberson was diagnosed with advanced lymphoma.

"I was just a few months away from dying myself," he recalls.

He couldn't compose, even though after the premiere of Neruda Songs he was immediately asked to write a sequel. But Lieberson says it took him more than two years to rediscover the meaning in the words of Pablo Neruda.

"He said, 'Love is like a river, it has no birth and death, just changing lands and changing lips.' I found it to be very true myself, because when I was really recovering from grueling treatment, all of a sudden [I] fell in love again. So these things happen."

Lieberson married a former Buddhist nun, and he says his capacity to love again gave him the strength to write his new song cycle. He calls it Songs of Love and Sorrow. Like Neruda Songs, the orchestration is set to the poet's words, but this time it's coming from a different perspective.

"I didn't want to write another piece for a mezzo," Lieberson says. "It just didn't come up in my mind that it was a good idea, and I felt it would be nice to write for a male voice, for a baritone."

That baritone is Gerald Finley, who has known Lieberson for many years. He says he was humbled when Lieberson first showed him the love sonnets he chose for the new piece.

"To be honest, I was very quiet in reaction to them, because they are very intimate and completely heartfelt," he says. "In some ways, what I love about these pieces is that Peter has also now given voice to his private side. And in many ways, the reason my reaction was very quiet is that I suddenly thought this is Peter's voice through me, now."

Lieberson warns against taking Songs of Love and Sorrow too literally. It's not meant to be an elegy memorializing Hunt Lieberson. But the composer acknowledges that it is autobiographical.

"Elements of Lorraine and our love are definitely in this piece," he says. "And things that she evoked in me and that I remember about her. And then there's also elements of my new love, and there's elements of life that has taken place over the last three years."

This idea is a reflection of Lieberson's lifelong study of Buddhism. Even the final stanza of the new song cycle speaks of impermanence. The word "adios" repeats, over and over.