Accessibility links
After Icy U.S. Meeting, Netanyahu Weighs Next Steps Israeli Prime Minister Benjamin Netanyahu convened a special meeting of his inner Cabinet on Friday to discuss his contentious visit to Washington this week. The U.S. has given him a list of demands, which he must decide whether to accept. 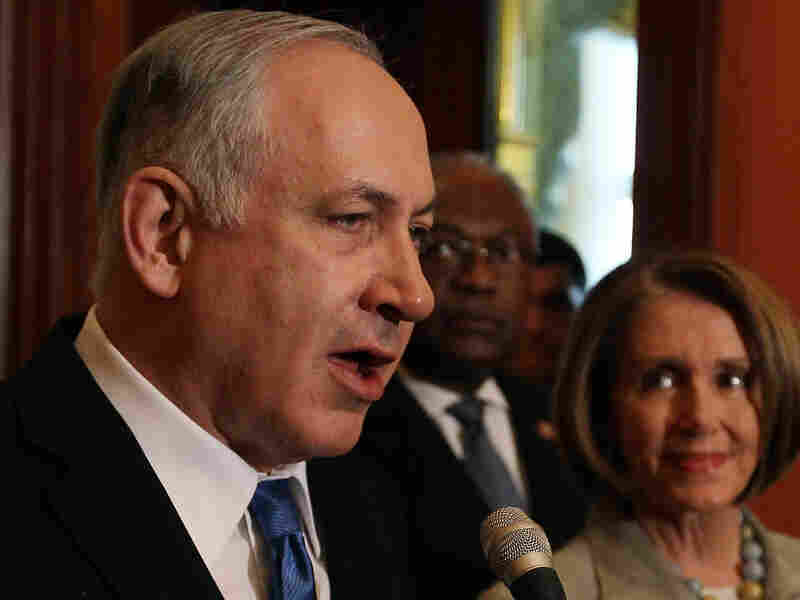 Israeli media report that Prime Minister Benjamin Netanyahu was unprepared for the chilly reception he got this week at the White House. Relations between the two allies have been strained over plans for the building of Jewish housing in East Jerusalem. Mark Wilson/Getty Images hide caption 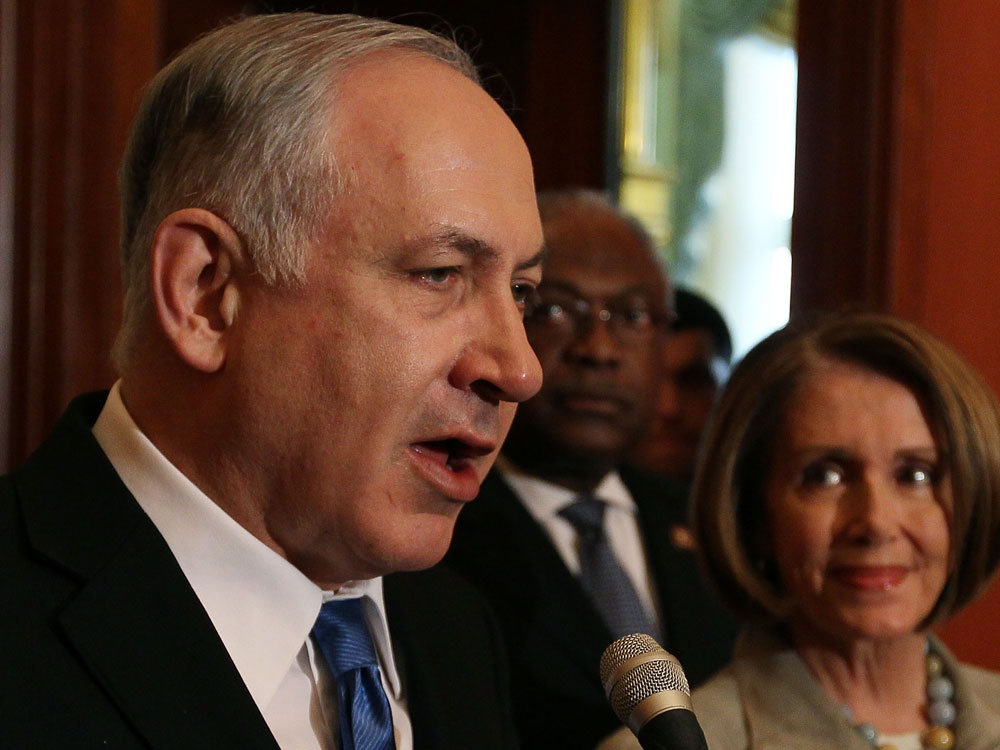 Israeli media report that Prime Minister Benjamin Netanyahu was unprepared for the chilly reception he got this week at the White House. Relations between the two allies have been strained over plans for the building of Jewish housing in East Jerusalem.

Israeli Prime Minister Benjamin Netenyahu is convening a special meeting of his inner Cabinet on Friday to discuss his talks with President Obama in Washington this week.

The Israeli media are in a frenzy over Netanyahu's reported "humiliation" by the Obama administration. The U.S. has given the Israeli leader a list of demands, which he must decide whether to accept. Israel and the U.S. have been at odds over Jewish building in East Jerusalem, an area that Palestinians want for the capital of their future state.

An Israeli official close to the prime minister told NPR that Netanyahu is considering a series of confidence-building measures to allow peace talks to move forward.

Among the moves: reversing its former position, Israel will talk about substantive issues — like final borders — in indirect, U.S.-brokered talks; a Palestinian prisoner release with two caveats — that it does not affect negotiations for Israeli soldier Gilad Shalit, who is being held hostage in Gaza by the militant group Hamas, and that those who are released and who have the potential to kill more Israelis be sent to a third country; handing over certain areas that are overseen by the Israeli security forces to Palestinian security control; and a possible easing of the blockade on the Gaza Strip, where Israel has for years severely restricted the flow of goods.

The Israeli official said Netanyahu's position on Jerusalem so far hasn't changed. Israel considers the city the undivided capital of the Jewish state and will not restrict building, a key U.S. demand.

Israeli press reports said Netanyahu was unprepared for the chilly reception he got at the White House. He was hoping to mend ties that have been strained in recent weeks by a series of announcements of new Jewish building in East Jerusalem. Instead, the Israeli press said, Netanyahu was "ambushed," detailing how at one point Obama cut the first meeting with Netanyahu short and left to go have dinner without inviting the Israeli premier.

There were, uncharacteristically for a visit of a key ally, no photo opportunities and no statements to the media. One commentator described the Obama administration as treating the Israeli leader with "swinish contempt."

Ehud Yaari, an international fellow at the Washington Institute for Near East Policy, told reporters in a conference call Thursday that the Israeli team was shocked by its treatment at the White House.

"The general sense is that the prime minister was sorely humiliated by President Obama," Yaari said. "There is quite a degree of amazement to the way he was treated."

Analysts in Israel say the personal relationship between the two leaders is now a difficult one: neither trusts the other.

Menachem Hofnung, who teaches at Jerusalem's Hebrew University, says Netanyahu is in a difficult position. His largely right-wing coalition won't let him make concessions on issues like Jerusalem.

"It seems Netanyahu will have to make a choice, either to go on with his current coalition, which means break with the United States, or trying to heal the gap with the United States and break up the coalition and form another one that is more hospitable to the peace process," Hofnung said. "He is going to face a crisis either internal or external. My hunch is that he will choose the external conflict."

Hofnung says that means the rift with the United States won't be healed anytime soon.